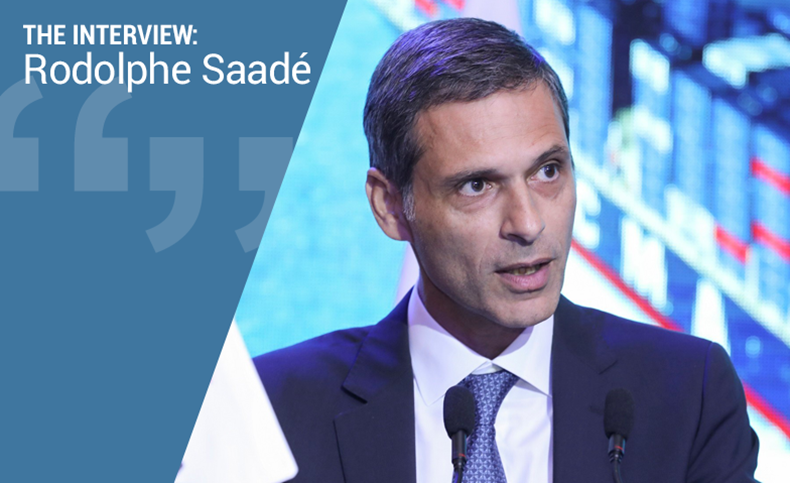 Back to the future

FOLLOWING in the footsteps of a famous father is never easy, particularly one who was such a force of nature. Yet Rodolphe Saadé seems undaunted by the challenge of running family-controlled CMA CGM, and ensuring it remains at the forefront of the container shipping industry.

Jacques Saadé was one of the pioneers of containerisation, surviving against all the odds as other more established shipowners from traditional maritime nations vanished from the scene.

Over 40 years, he and his brother-in-law Farid Salem, built up the French group into one of the world’s biggest container lines, through a mix of organic growth, acquisitions, and an unerring eye for new market opportunities. Today, it operates a fleet of more than 500 ships with combined capacity of 2.7m teu, and recorded group revenue of $30bn last year.

Rodolphe Saadé took over as chairman and chief executive in 2017 and has pursued a very similar strategy to that of his father, who died in 2018.

On the surface, at least, the two would seem to be quite different personalities. Rodolphe appears more reserved and measured than his feisty and hard-nosed father who was never afraid to take some controversial decisions for the sake of the business.

But they also have plenty in common, notably nerves of steel in what has always been an unpredictable industry in which so many have failed.

And right now, steady nerves are exactly what is needed as CMA CGM struggles to integrate a difficult acquisition, reassure financial institutions that its huge level of debt is manageable, and tries to assess the impact of the coronavirus on world markets and hence on container shipping.

Rodolphe Saadé probably thought he knew what to expect when he stepped into the top spot three years ago, but even he could not have anticipated quite how difficult the job was to become.

Yet speaking to Lloyd’s List just after CMA CGM published its 2019 results in early March, he sounded confident that the group would pull through this latest period of turbulence, just as it has in the past. And certainly, he had good reason to be pleased with the group’s financial numbers last year as CMA CGM outperformed most of its major competitors in the fourth quarter of 2019. CMA CGM is also forecasting higher cargo volumes in 2020 than 2019, as the container trades rebound from the downturn in the early weeks of the year.

Notwithstanding coronavirus, if anything is keeping Mr Saadé awake at night, it is probably last year’s $1.6bn takeover of the Swiss company CEVA Logistics.

CMA CGM, which was formed from the merger of two companies, has a good acquisitions track record.

Over the years, the company has bought many regional carriers to enhance its global presence, and then kicked off the recent round of consolidation by buying and turning round Singapore’s NOL and its container shipping arm APL.

But CEVA Logistics has proved far more of a challenge, with several top management reshuffles and restructurings as Mr Saadé tries to make a success of the investment in the face of considerable industry scepticism.

He is convinced, though, that it was right to buy CEVA.

“I really believe in developing a logistics division so that we are in a position to offer our customers end-to-end solutions,” he insists.

“I am very confident that by the end of the year, we will see significant signs of recovery, so I do not regret at all having bought CEVA.”

Mr Saadé appears equally unfazed by CMA CGM’s net debt of almost $18bn, pointing out that the figure has been inflated partly by new global accounting rules, and that it will be coming down to some extent as a result of the sale of some port interests.

“The number is big, but I am not concerned,” he says, noting that the group has plenty of assets such as ships, with a book value of $12.8bn at the end of 2019, plus containers, equipment and properties, to offset its liabilities.

“We are taking all the necessary actions to ensure we have enough cash available,” he promises.

At the same time, CMA CGM remains committed to its ambitious environmental-protection programme. It made history back in 2017 by choosing to fuel its next generation of newbuildings with liquefied natural gas. The first in the series of nine, the 23,000 teu CMA CGM Jacques Saadé, is about to enter service and will be formally inaugurated at a ceremony in Marseilles in mid-June. CMA CGM also has ordered another 10 ships of 15,000 teu for delivery from 2021 that will be powered by LNG.

“We firmly believe that LNG is the best fuel for today. Maybe tomorrow, the industry will come up with something better for the environment, but today, LNG is the right choice,” he says.

Of the existing of the fleet, CMA CGM has fitted scrubbers on about 60 ships, while the rest will burn low-sulphur fuel. 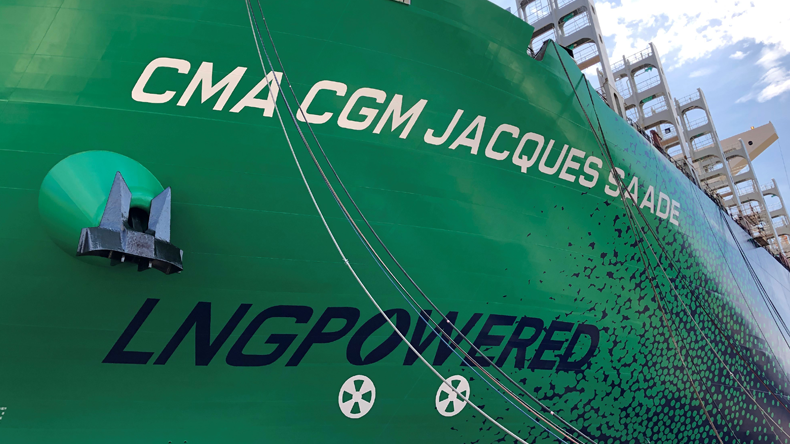 Reviewing likely industry developments in the container shipping industry, Mr Saadé says he does not think there will be further large-scale merger and acquisition activity of any significant scale after several years of consolidation that have reduced the number of global carriers from around 20 to seven.

“I believe we have a good equilibrium today. I don’t believe there is more [consolidation] to come. What customers are looking for today is not so much size as service quality,” he says.

These days being bigger is not the way to improve customer service.

“We need to grow organically, grow with the market, but we are not looking for more M&A on the shipping side. Today we are fine with what we have,” says Mr Saadé.

Instead, CMA CGM intends to focus on developing and expanding its logistics activities to provide customers with a full range of transport services.

He also says the group retains the confidence of its biggest outside shareholder, Turkish businessman Robert Yildirim, who came to the rescue in 2010 with a $600m cash injection when CMA CGM looked at risk of collapse. That was meant to be a short-term investment, but now looks like an open-ended arrangement.

“We have a great relationship, I believe he is happy with his investment, and he is not looking at exiting. We are happy to have him by our side,” says Mr Saadé.

Back to the future

The biggest issue on everyone’s mind right now, though, is the likely impact of the coronavirus on the global economy in the months ahead as the disease spreads around the world.

Nevertheless, Mr Saadé is taking heart from the situation in China where factory production is returning to normal after the extended shutdown as the country took drastic steps to contain the disease.

He is forecasting a recovery in freight rates in the second quarter of the year as shippers scramble to replenish inventories and protect supply chains. CMA CGM expects all its ships that have been idle during the past few weeks to be back in operation by early April.

“The situation is complex and exceptional,” Mr Saadé acknowledges. “We are not used to a virus that spreads so quickly all over the world, but we believe the fact that China is rebounding is a positive sign.”