Ocean freight spot prices from Rotterdam to Shanghai rose 24% in the past week, 45% higher than for the same period last year. Meanwhile, the spread between high and lower sulphur marine fuel oil is contracting, which has slashed earnings premiums for scrubber-fitted vessels. 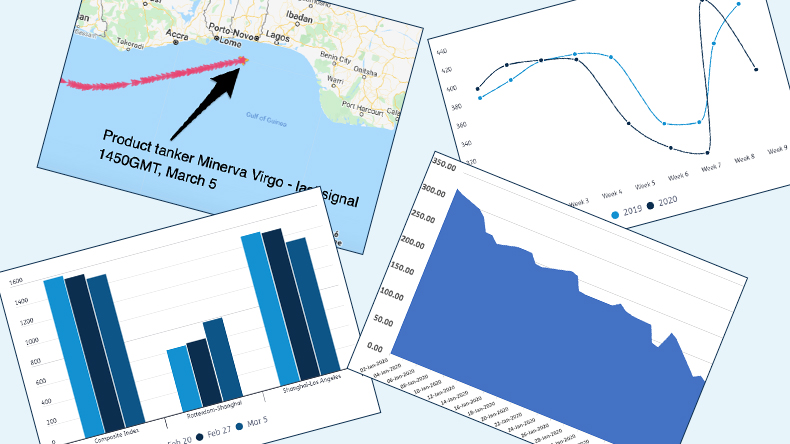 Spot rates from Rotterdam to Shanghai reached $786 per feu this week, according to Drewry

ACCORDING to new figures from Drewry, spot rates from Rotterdam to Shanghai reached $786 per feu this week, compared with $634 a week prior. The consultancy explains the increase as being due to lines prioritising the repositioning of empty containers in preparation for outbound demand from China.

The composite World Container Index, which combines major east-west container trades, has continued to fall in the past seven days as the impact of the coronavirus outbreak around the world continues to take hold.

Freight rates declined by 10% on the Shanghai to Los Angeles trade lane, dropping to an average of $1,327 for a 40 ft box.

The number of container-related vessel calls to Shanghai and Yangshan dipped again in week nine, according to the latest Lloyd’s List Intelligence data, the latest date for which numbers are available.

After a significant decline following the coronavirus outbreak, figures had shown an improvement in the number of barge container carrier, containership, general cargo with container capacity and ro-ro with box capacity calls in week eight.

But this trend has now been reversed, with port calls at the major container shipping complex indicating that carrier blankings are still taking their toll on port movements.

The difference in price between high and lower-sulphur fuel oils has shrunk by two thirds in two months, falling below $100 per tonne in Singapore for the first time on March 2.

The price of 0.5% very low sulphur fuel oil in Singapore is now 37% below what it cost on January 1, reaching $393.25 per tonne on March 2, according to price reporting agency Argus Media. That compares with 3.5% fuel oil at $314 per tonne, down 6% over the same period.

The VLSFO physical price reflects freefalling demand for land and air transport fuels that has drastically shrunk the use of middle distillates, which include jet fuel, diesel and gasoil.

The change in the fuel oil pricing structure is likely to extend payback times for scrubber technology, now deployed on more than 2,700 trading vessels, according to Lloyd’s List Intelligence data, as earnings premiums for scrubber-fitted vessels are slashed. 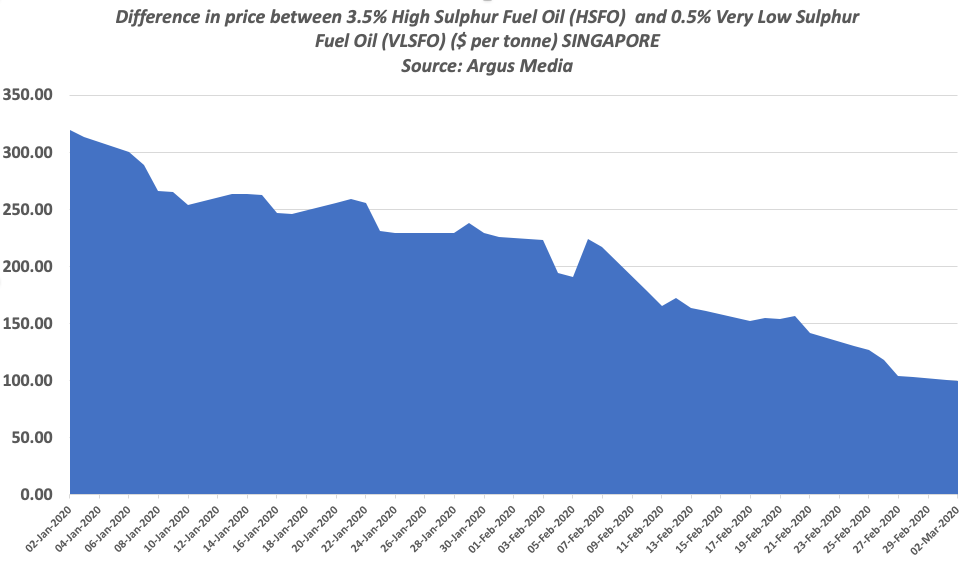 A Greece-flagged product tanker chartered by BP was reportedly attacked and boarded by as many as six pirates 45 nautical miles off Cotonou in Benin on Thursday afternoon, with one member of the crew unaccounted for.

Dryad Global reported that the 50,922 dwt Minerva Virgo chemical and oil tanker was attacked, and that the majority of crew reached the citadel. No further details were available about the incident, the maritime security intelligence provider said in an emailed report.

Vessel tracking and fixture data indicated the tanker loaded 37,000 tonnes of gasoline at Rotterdam in mid-February for BP and was sailing for a West Africa discharge. 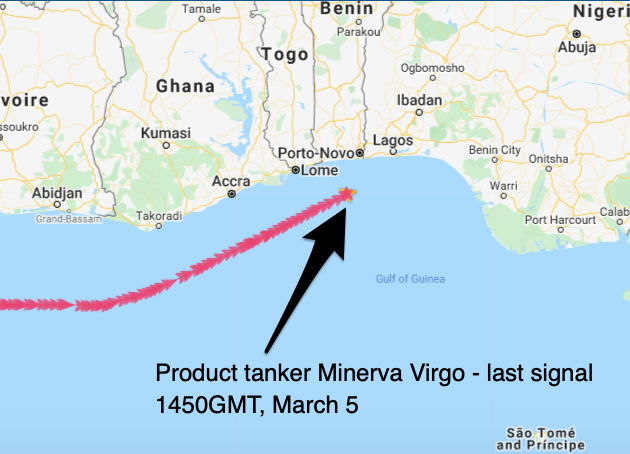 Opec to slash oil production due to coronavirus

Lloyd’s List Awards 2020: Top tips to help with your entry