Cash-strapped carriers are set to struggle because of the coronavirus outbreak. Unless they receive governmental aid, many will be forced to sell ships, or even part or the whole of their business

Since January 25, 544 out of some 1,300 international-trading boxships on intra-Asia routes had experienced service suspensions of seven to 30 days leading to about $220,000 losses per ship on average from charter and bunker costs, according to estimates by SITC 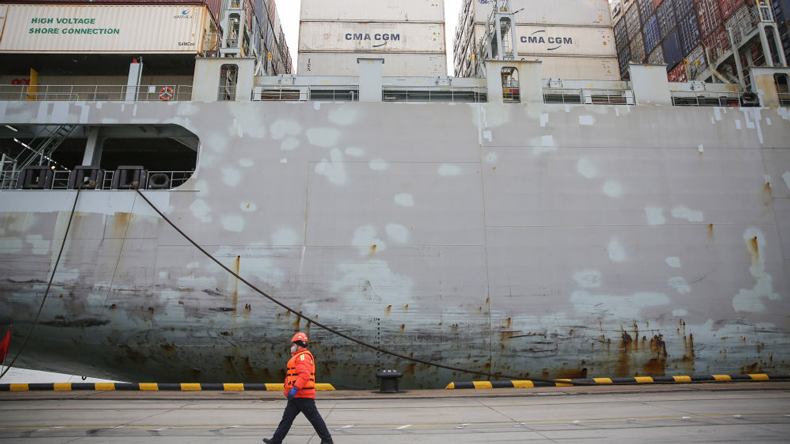 Some smaller carriers on intra-Asia trade will face ‘financial survival within the next couple of months’ said constancy Sea-Intelligence.

IT IS all about cashflow now for container shipping carriers.

Their liftings and incomes have been dented by the coronavirus-led production collapse in China, albeit recent signs of pickup in factory activity.

The ripple effects are far from being over. Equipment shortages caused by the massive blank sailings have already affected exports in the US and Europe. But more importantly, concerns are mounting regarding their future appetite for imports amid soaring infections in those regions.

Liner shipping is already a highly leveraged business. Now the cash-strapped carriers will be struggling. Unless they have governmental help, they will be forced to sell ships, subsidiaries or even their entire business.

Some smaller carriers on intra-Asia trade will face “financial survival within the next couple of months”, consultancy Sea-Intelligence believed.

The research unit of SITC, a Hong Kong-listed intra-Asia focused carrier, estimated earlier this week that 544 out of some 1,300 ocean-going boxships on this trade had experienced service suspensions of seven to 30 days since January 25. That has led to $220,000 losses on average per ship from charter and bunker costs.

“With the surge of outbreak risks in South Korea and Japan, the extended supply chain [disruption] may affect the Chinese market, which has already been impacted by the delay in work resumption,” the researcher said. “It is possible that cargo volume in March will remain low.”

If it materialises, then the major carriers will suffer, too. Some have piled up huge debts in recent years via newbuilding investments or mergers and acquisitions, despite a thin margin from operations. The epidemic-led cash haemorrhage can ramp up the default risks.

Now the virus seems to be also infecting the cruiseship industry. If conditions deteriorate, such business may well turn into a liability from an asset to some container liners with cross-sector exposure.

The major carriers are “too big to fail”, some have said. True, but it also means it will take a Herculean effort to keep them afloat.

If that moment comes, loan extensions and asset disposals will be inevitable. And that may create opportunities for cash-abundant buyers to drive the box shipping’ consolidation to the next level.

Boxship calls fall at US west coast and Chinese ports