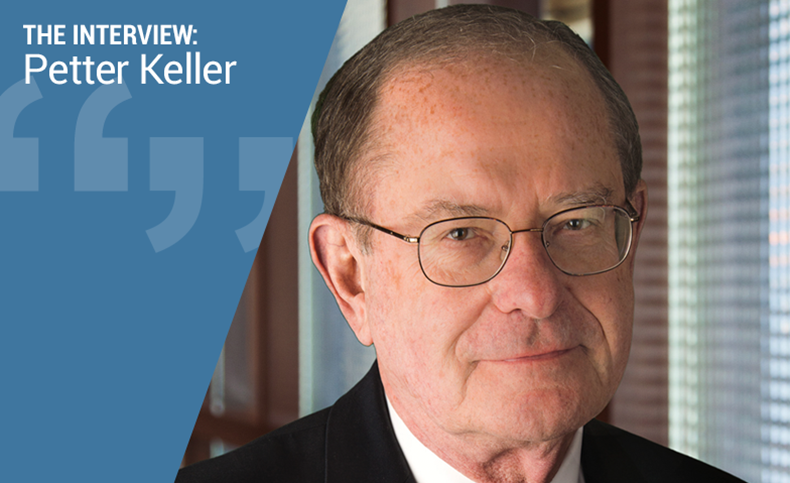 SHIP engine and propulsion technology hasn’t always had the highest profile, but the serious decarbonisation challenge facing the global fleet of 60,000 vessels is quickly changing this.

Headlines that the world is in the midst of a climate-change emergency underscore the many unanswered questions over how vessels can best transport more than 11bn tonnes of commodities a year with the least possible damage to the environment.

As a result, the suitability and sustainability of liquefied natural gas as a commercial alternative for marine propulsion is now under attack from environmental groups as maritime regulators debate moving to a zero-carbon future.

These groups, some with consultative status at the International Maritime Organization, are co-operating in a campaign to discredit LNG’s adoption as a clean and green “transitional” marine fuel. They claim that replacing one fossil fuel with another undermines the IMO’s emissions targets. These are to reduce the global fleet’s carbon intensity by 40% by 2030 and cut greenhouse gas emissions by half by 2050.

The debate has elevated Peter Keller, based in Florida, to the role of de facto spokesman and main defender of LNG. Mr Keller is chairman of the board for SEA/LNG, which along with the Society for Gas as Marine Fuel, are the world’s two industry groups lobbying to accelerate the uptake of LNG fuel in shipping.

While environmental groups claim LNG leaves a carbon footprint no better than conventional marine fuel oils, Mr Keller is adamant this is not the case. As the former executive vice-president for the Jones Act container line Tote, Mr Keller oversaw the introduction of the first LNG-powered vessels in US waters, the 2016-built, 33,127 dwt Perla del Caribe and 2015-built, 33,106 dwt Isla Bella, at a shipyard in San Diego, California.

“We believe that LNG does provide a viable gateway and viable pathways for the future to 2030 and beyond,” he tells Lloyd’s List in a phone call from his office in Florida. “We believe the introduction of bio and synthetics into the mix certainly will work towards the 2050 goals.”

There is no question that LNG “takes care of shipping’s air quality and global health issues”, he says. Mr Keller is obliquely referring to studies from last decade showing that sulphur dioxide and nitrogen dioxide emissions from ships were responsible for 400,000 premature deaths worldwide. The lower-sulphur marine fuel regulations introduced on January 1 are part of efforts to reduce this figure.

But aside from LNG, no commercially viable replacement fuel has emerged that can be used for marine engines, at least before 2030. Even then, LNG can sit alongside the possible bio and synthetic replacements under development, such as ammonia and hydrogen, because they would use the same bunkering infrastructure, says Mr Keller.

He rejects any suggestion that newly built LNG-fuelled vessels may become “stranded assets”, left behind by technological and regulatory advances before their 20-year lifespan is reached. Over the last year LNG’s “clean” reputation has been challenged by a coalition of environment groups including the US-based International Council on Clean Transportation. The ICCT argued in a study released in January that LNG was a poor substitute and if shipping were locked into the technology it would be harder to transition to cleaner fuels.

“There is no issue of stranded assets going forward,” Mr Keller says.

“Inaction is not a plan. We have available today as an industry a safe, reliable, proven energy source that reduces greenhouse gas emissions and takes care of the air pollution issues. So that starts to move us forward. The longer shipowners wait for this magic elixir, as I refer to it, this magic change that is going to happen with some other kind of alternative fuel, the longer the problem will continue to exacerbate and just get worse.”

The ICCT’s own study provided alternative findings to an original SEA/LNG and SGMF-funded Thinkstep study released in April 2019 that concluded LNG fuel results in a 21% fall in greenhouse gas emissions. By contrast, the ICCT found a 15% reduction in GHG emissions measured against marine gasoil. That was based on the same 100-year time frame but only if a high-pressure, two-stroke dual fuel engine was used. It found that some of the commonly used low pressure dual-fuel, four-stroke engines offered even lower reductions, and in some cases, none at all if measured over a 20-year period.

The ICCT is also one of the non-governmental organisation groups behind an IMO submission calling for methane emission targets for LNG-fuelled vessels. This is up for discussion with the Marine Environment Protection Committee this month.

Mr Keller declines to go into detail about why SEA/LNG believe their peer-reviewed study is more accurate by directly comparing facts against the ICCT’s. Asked if he thinks the science underlying is incorrect, he does highlight that Thinkstep worked closely with engine manufacturers, while the ICCT didn’t. Some 30 of the 116 members of both SEA/LNG and SGMF actively collaborated on the study. Keller also says that the ICCT’s assumptions did not focus on a “deepsea environment” for LNG-fuelled vessels.

“We stand by our study,” he says. “What others may wish to do as naysayers we can't control that and frankly, we're not asked to. We don't feel appropriate to critique their work.”

He says that others within the industry could critique the work generally “but to get into the specifics in the science doesn't make any sense. The Thinkstep study is the definitive study. It's the one that's based upon the most current and broadest data available today.”

There is also the issue of methane slip in engine technologies from incomplete combustion, often at low loads, an area in which Mr Keller says there have already been significant changes since he launched the Marlin class LNG-fuelled containerships for Tote.

The Thinkstep study is getting updated later this year to incorporate changing data from marine engine manufacturers, according to Mr Keller.

The ICCT is not the only challenger to the Thinkstep study, nor the first to point out that while LNG reduces sulphur dioxide emissions, methane slip is also bad for the environment.

“Within that global deepsea fleet, the two-stroke technology really dominates,” says Keller. “It is not a four-stroke world, it is a two-stroke world and that's a basic issue of understanding the maritime world. Their [ICCT’s] other concept that vessels operate at low loads as a common practice is also just not a viable issue as anyone who does a lot of work in the maritime industry will likely know. Owners when they build vessels, build the vessels to be as efficient as they possibly can be given the work that those vessels are going to do.”

So far the uptake of LNG  fuels and bunkering infrastructure has been slower than anticipated. LNG is used by 170 ships, or 0.2% of the fleet, based on SGMF information as of November 2019. At that time 185 LNG-fuelled ships were on order and more than 9,000 bunker transfers undertaken. Since then additional LNG newbuildings have been ordered.

Mr Keller says he supports methane slip targets for LNG vessels, likely to be raised later this month at the IMO.

“Our number one view within the engine room and the vessel and the best design was ‘thou shalt not release’; you do not vent gas if at all possible, you only do that in an emergency and you do everything you can to maintain your gas and to use it efficiently with a 100% combustion rate.”