About 2.1m tonnes of dirty cargoes was loaded from the offshore port limit of the Iraqi port in January, Lloyd’s List Intelligence data shows

A SPIKE in fuel oil exports from Iraq’s Khor al-Zubair export terminals accompanied by subterfuge shipping practices used by tankers which load there reveals hidden flows of Iranian oil cargoes being shipped to the bunkering centre off Fujairah and to floating storage off Malaysia. 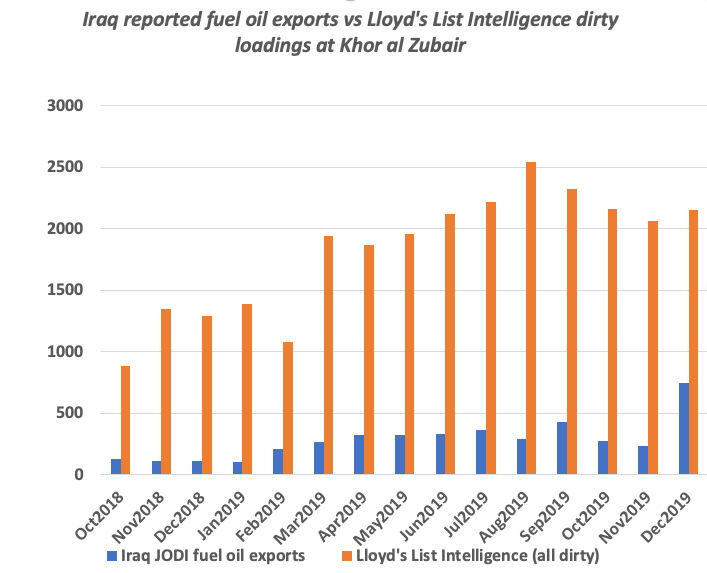 Some 2.1m tonnes of dirty cargoes loaded from the offshore port limit of the Iraqi port in January, Lloyd’s List Intelligence data shows, compared with 1.3m tonnes in the same period a year earlier.

Overall loadings tracked at the OPL region in 2019 totalled 23.8m tonnes, more than double the 11.4m tonnes tracked in 2018, before the US imposed sanctions on Iran’s oil and shipping industries.

The OPL volumes tracked by Lloyd’s List Intelligence do not separate between crude and fuel oil loadings. But the port is from where most of Iraq’s fuel oil is shipped, with volumes much greater than official data reported to the Joint Organisations Data Initiative. 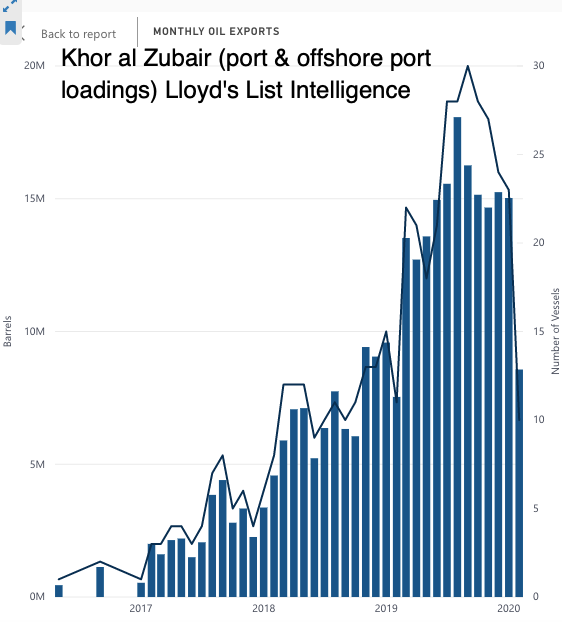 Along with rising exports, there are increased numbers of tankers seen “going dark” — switching off their Automatic Identification System — while in the OPL area, suggesting ship-to-ship transfers are undertaken in this way to disguise the identity of the other ship and the cargo origin.

Some, but not all of the tankers that engage in this practice are tracked discharging off Fujairah. 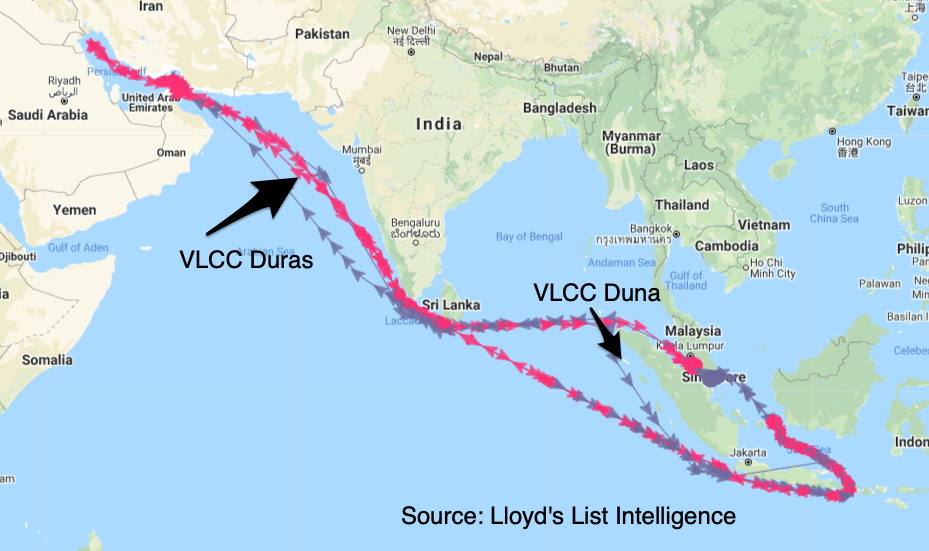 These include two very large crude carriers, the Panama-flagged, 2000-built Duras (IMO 9203265) and the 2000-built Duna (IMO 9203253), which have recently been sold to unknown owners within the past six months, both of whom are linked to shell companies in Belize and share the same ISM manager in India. The shipmanager has no details but a gmail account.

These and other tankers around Khor al-Zubair are seen switching off AIS around Iraq, after sailing through the Strait of Hormuz or while engaging in STS activities.

The St Kitts & Nevis-flagged aframax tanker Phoenix 1 has twice been in the area in December and January, has gaps in its AIS and loaded while it was dark, vessel-tracking data shows. The shipmanager is based in India as well.

Similar shelf company practices with Indian shipmanagement were seen with the Iranian-controlled VLCC Grace 1, which was seized off Gibraltar and held for six weeks for shipping crude to a Syrian refinery in breach of EU sanctions.

Other practices used to ship sanctioned Iranian crude, condensate and fuel oil include false bills of lading showing Iraq as the cargo origin.