The Danish container shipping giant is helping banks to set the template by which lenders will enforce the carbon-neutral agenda. The carrier has agreed to link environmental targets to its financial arrangements. For a multi-national to make such a move suggests it will have a knock-on effect for much smaller players who can expect to be told this is the new norm 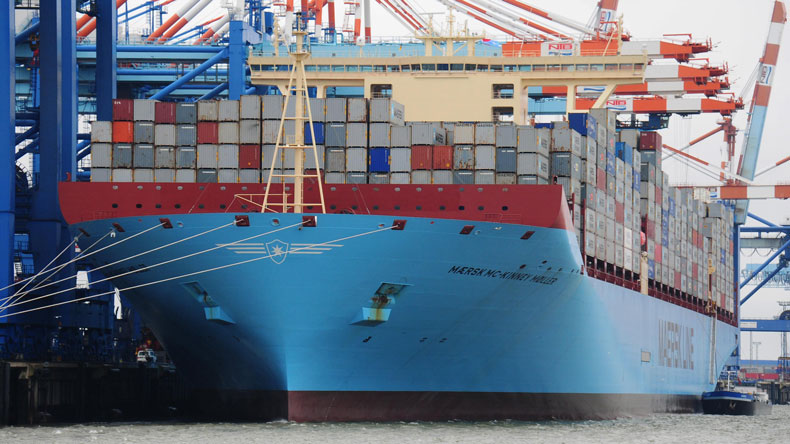 Maersk’s credit costs will reflect its emissions reduction performance. The widespread application of such lending policies may leave smaller players struggling to catch up with big multi-nationals that can absorb such costs.

MAERSK has made an environmental rod for its own back by attaching sustainability-related terms to a new $5bn revolving credit facility, as it seeks to put incentives behind its moves toward decarbonisation of shipping.

Under the terms of the new facility, the credit margin will be adjusted based on Maersk’s progress to meet its target of reducing CO2 emissions per cargo unit moved by 60% by 2030, against a 2008 baseline. The performance will be measured against the carrier’s Energy Efficiency Operational Indicator.

“We have received strong support from our global relationship banks. The facility was substantially oversubscribed, and we are pleased with the terms and conditions of the new facility,” said Maersk chief executive of fleet and strategic brands Henriette Hallberg Thygesen.

“With the new facility we have extended the maturity profile of our finance commitments, while aligning with our sustainability ones.”

The facility is being provided by 26 different institutions, many of which have signed up to the Poseidon Principles, launched last year a global framework for measuring the climate impact of bank’s shipping portfolios.

The move marks a further step in Maersk’s efforts to drive sustainability into its operations and supply chains. In 2018, the company announced its commitment to becoming carbon neutral by 2050.

“We are determined to reach our ultimate target of becoming fully carbon neutral by 2050, and this agreement serves as another enabler for us to deliver on that ambition,” Ms Hallberg Thygesen said.

“Given the lifespan of our fleet, we need to find new and sustainable solutions to propel our vessels within the next 10 years. To realise this ambitious commitment, we are partnering with researchers, regulators, technology developers, customers, energy providers — and now banks.”

The credit facility has a tenor of five years, with a possible extension for two more years, and refinances an undrawn $5.1bn facility that matures in 2021.

It will act as part of the company’s liquidity reserve and is the first bank refinancing arranged by Maersk since its transformation from a conglomerate into its new structure focussed on container shipping and logistics.

Should shipowners be investing in zero-carbon fuel production?