Use and carriage of heavy fuel oil in Arctic waters could be banned from July 2024 under draft amendments approved by the International Maritime Organization’s pollution subcommittee. But Arctic coastal state-flagged vessels get a waiver until 2029

NGOs had sought an immediate ban to protect the environment, but Russia opposed it on economic grounds 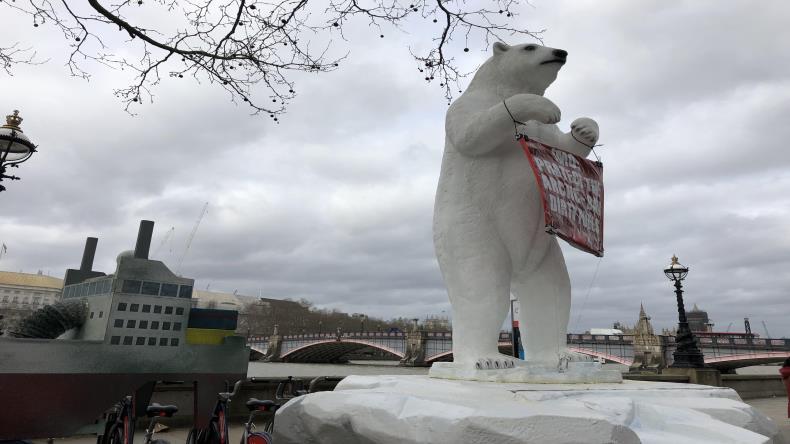 Source: Declan Bush Green groups called for a ban outside the IMO in London this week.

RUSSIA has won a nine-year waiver from a proposed ban on heavy fuel oil in the Arctic, after a week of heated negotiations at the International Maritime Organization.

The IMO’s pollution subcommittee on Friday backed a ban on the use and carriage of HFO in the Arctic from July 2024, amid concerns an HFO spill could damage the region’s sensitive environment.

But ships flying the flag of an Arctic coastal state and operating in those states’ sovereign waters get a waiver until July 1, 2029, under the proposed draft amendments to Marpol Annex I.

Search and rescue vessels will also be exempted from the ban, which was supported by countries including the US, Denmark, Finland and Norway.

A spokeswoman for environment groups the Clean Shipping Coalition, Friends of the Earth International, Pacific Environment and the WWF said the draft regulation delivered a clear deadline for a ban.

“However, it will also leave the Arctic region and its communities exceptionally vulnerable to the ongoing risks of heavy fuel oil pollution for the next nine years,” she said.

“Everyone here has a continued obligation to pursue additional safeguards for the Arctic, and we look forward to working with the IMO and its member states throughout this process.”

Russia had opposed the ban as impractical, saying it could cost it up to $600m a year and cover 35,000km of its coastline. It argued its Arctic population was much bigger than those of other Arctic states and relied on supplies of food and other essential goods by sea.

But the US said the benefits of an HFO ban in its Arctic waters were clear. It said its fishing industry was worth $49m a year and vulnerable to oil spills, adding most vessels would have switched to very-low sulphur fuel oil by the time a ban kicked in.

A correspondence group, co-ordinated by Russia, will work between IMO sessions to develop further draft guidelines.

The subcommittee’s proposal will next go to the more powerful Marine Environment Protection Committee, which meets from October 19-23.

Singapore, which reported the responsible working group’s findings, noted the proposal “may not be the ideal outcome for everybody”. But it praised “the spirit of compromise displayed by the group”, calling it “poetry in motion”.

UN says Arctic shipping is a risk for environment