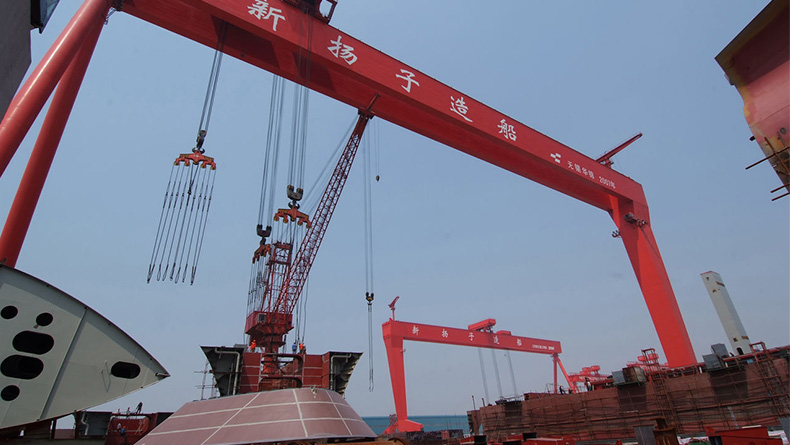 
China’s Yangzijiang Shipbuilding has received containership orders worth more than $800m from a unit of the Hong Kong-based investment firm Tiger Group.

Representatives for the global shipping fleet are calling for the phased-in introduction of an operational measure to reduce carbon emissions in the short term.

Coronavirus continues to spread and so do the impacts on the maritime sector. To help mitigate the problem, the International Chamber of Shipping has published its own guidance for the sector.

Without the efforts of the International Transport Workers’ Federation, as well as religiously based missions to seafarers, human rights issues would clearly be much worse. But the vast majority of owners deserve a clean bill of health, writes David Osler.

Carriers say the CBER should be extended, pointing towards falling costs, rates and emissions facilitated through exploiting economies of scale made possible by the clustering into alliances, writes Antonella Teodoro.

Lloyd’s List Awards 2020: Entries are already flowing in for the 2020 Lloyd’s List Awards series. If you are unsure about how to proceed with your submission, here are some tips to ensure that it stands the best chance of recognition and success.


The British Ports Association has called for an early meeting with new maritime minister Kelly Tolhurst to present its latest briefing paper on the future of UK ports.

Port operator International Container Terminal Services, Inc has seen an impact on Asian volumes from the coronavirus outbreak and is closely reviewing developments across the regions in which it operates.


Officials in Los Angeles county, home to the ports of Los Angeles and Long Beach, the largest port complex in the US, have declared a health emergency as the number of coronavirus cases in the area increased to seven, including six new patients, and California reported its first death from the disease.

As many as six pirates attacked and boarded a Greece-flagged product tanker chartered by BP, Minerva Virgo, 45 nautical miles off Cotonou on Thursday afternoon. One member of the crew was unaccounted for, Dryad Global reported.

Top shipping banker Kristin Holth is to leave her job as head of ocean industries at DNB for a new role at Maersk Drilling from the start of next month.

P&O Maritime Logistics, the marine solutions and logistics unit of DP World which has taken in the recently acquired Topaz Energy and Marine, has appointed Martin Helweg as its new chief executive officer.

The Maritime and Port Authority of Singapore is backing a new initiative to incubate and catalyse innovations aimed at decarbonising the footprint of international shipping.