Maersk sets sights on recovery after lowering expectations over coronavirus

The impact of coronavirus on the container sector is likely to mean a weak first quarter for all carriers. But a V-shaped recovery could follow as supply ramps up again after March 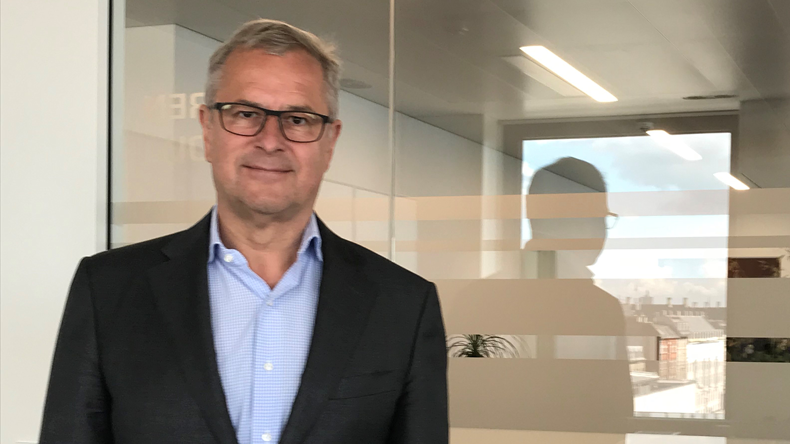 Source: Janet Porter Skou: Recovery will not be felt until at least the second quarter.

MAERSK is looking towards April for a possible recovery from what it admits will likely be a weak first quarter following the impact of coronavirus.

Speaking in a conference call following the release of the carrier’s full-year results, chief executive Søren Skou said that while it was difficult to yet get a full sense of the impact of coronavirus on trade, the first quarter would be “significantly impacted” by the extended factory closures in China.

“Factories are slowly returning to production but we estimate that they are operating at 50%-60% of capacity, which will be ramping up to around 90% of capacity by the first week of March,” he said.

The consensus was, however, that the outbreak would peak over the coming weeks, with data showing the number of new infections reducing.

“That means that we could expect a trajectory similar to the one we saw during SARS, but with a larger magnitude, since China’s impact on global supply chains is much bigger today and China’s role in the global economy is much bigger.”

That, he added, would imply a V-shaped recovery.

“We will have very weak exports in February and March, then hopefully a strong rebound in April,” Mr Skou said.

Maersk doubles its US warehouse holdings with $545m purchase

But there were still uncertainties and the prognosis implied no new outbreaks in other countries outside China, he added.

“The next two to three weeks will tell us what the trend is. The long-term outlook will depend on how long the outbreak lasts.”

Maersk has cancelled more than 50 sailings in addition to those it would have usually cancelled for the New Year slowdown, Mr Skou said.

“We continue to manage our capacity in an agile way to meet demand.”

But he added that idling ships still had an effect on the company’s bottom line.

“When ships are idle we are not spending money on fuel or port costs, but we are still depreciating and paying charter fees,” Mr Skou said. “We will not be able to mitigate the loss of volumes with costs on a one-to-one basis so we will have an increased negative effect in the short term.”

Coronavirus and IMO 2020 to hit earnings

Even with the capacity reductions, Maersk has reduced its full-year earnings guidance by $200m to $5.5bn, largely as a result of coronavirus, but also taking into account the impact of IMO 2020 and wider macro trends.

“Coronavirus affects all of our businesses, such as terminal ventures in China and the significant logistics and warehousing business there,” Mr Skou said.

While Maersk would not disclose the specific impact of coronavirus on its guidance for the year, Mr Skou did say that the guidance would have been higher if the outbreak had not occurred.

Nevertheless, pent-up demand should help Maersk and other carriers should outbreak retreat over the coming weeks, leading to an “excess of exports” in April.

But he also warned that that if the coronavirus continued to spread, there would be an even bigger impact.

“If a recovery does not happen then it will impact global economic growth, which is the main outcome we are worrying about.”

Maersk warns of uncertain outlook for 2020