Coronavirus outbreak continues to dominate the news this week 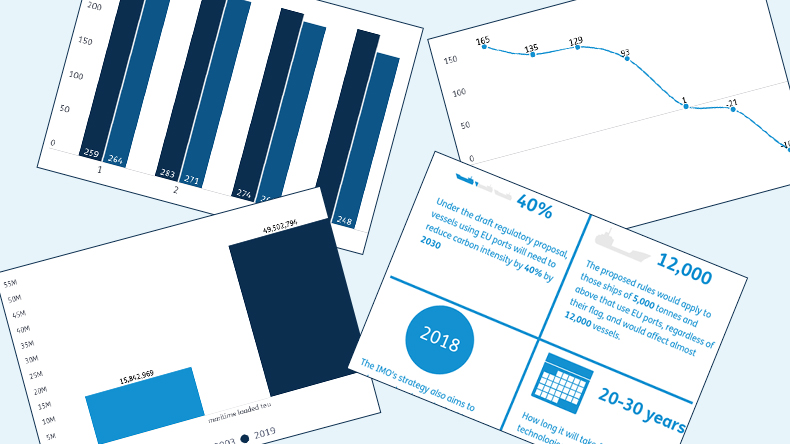 THE BCI settled at -234 points on Friday (February 6) after hitting negative territory for the first time-ever on January 31, with -20 points.

“Owing to exceptional changes in market dynamics, we have recently seen the BCI move into negative territory,” the Baltic Exchange said in an emailed statement.

“While this situation is unprecedented, it is apparent that a number of factors have all converged simultaneously — including macro events in Asia, seasonal weakness, higher fuel prices owing to implementation of the new IMO 2020 regulations and the contribution of the backhaul route (C16) to the index.”

Cyclone Damien, tracking towards the coast of Western Australia, buried any hopes of improving rates for the market after the index fell by only 4 points from the previous day on Thursday.

According to shipping association BIMCO, the capesize market has been “in freefall” through December and into January, given the usual weakness ahead of Chinese New Year and IMO 2020, which has led to higher fuel costs that cannot be passed on to customers.

In addition, heavy rains and flooding in Brazil, combined with the unexpected coronavirus outbreak, has led to the plunge in rates.

The European Parliament’s maritime emissions rapporteur, Jutta Paulus, ruffled feathers this week by unveiling a draft regulatory proposal that would mean some 12,000 ships would need to improve carbon intensity by at least 40% by 2030 to use EU ports.

Ms Paulus’ amendments to a suggested text prepared by the European Commission calls on those vessels under the EU’s Monitoring, Reporting and Verification regime to cut their carbon emissions per work of transport by at least 40% by 2030, compared with 2018.

This point echoes the language used by the International Maritime Organization in its initial greenhouse gas strategy, but the base year there is 2008, widely considered as a year with one of the highest level of shipping emissions on record.

The EU’s 40% cut would be based on the average performance per category of ships of the same size and type included in the 2018 report of the EU MRV, the first of its kind.

The proposals have been criticised by shipping industry groups as damaging to international decarbonisation efforts as well as displaying a lack of understanding of the challenges facing the sector.

China’s rise in importance in the global economy means that the impact from the coronavirus could be much worse that the previous large public health crisis that affected the country 17 years ago.

At the time of SARS in 2003, China’s export share of global trade in loaded maritime teu stood at 21.4%. But since then, the country’s share of global gross domestic product has increased from 4% to more than 16%, based on International Monetary Fund data, and it is the biggest exporter of consumer goods.

China’s share of global maritime trade stands at 31.5% as of 2019, meaning the potential for the virus having a much greater impact on the global economy is higher.

The impact of the coronavirus at a domestic level in China, alongside the extended New Year break, can be seen by the fall in port calls to Shanghai, the world’s largest container port.

According to data from Lloyd’s List Intelligence, boxship calls to the port fell to 206 in the most recent week (starting January 29), compared with 248 in the previous week and 257 in the same week last year.

More than 25 major coastal and river box ports, including Shanghai, announced at the start of the week that they would waive their storage charges for loaded containers during the period between January 24 and February 9.

The exemption policy will “help customers to arrange their exports and imports more flexibly during this special period affected by the novel coronavirus”, said Shanghai International Port Group in a statement.

For the latest on the coronavirus and its effects on shipping, head to our new special section here.