Industry groups’ opposition to EU lawmakers in Brussels imposing decarbonisation regulations is well documented. But as those plans come closer to fruition, two of the most influential shipping groups are unequivocal in their disdain 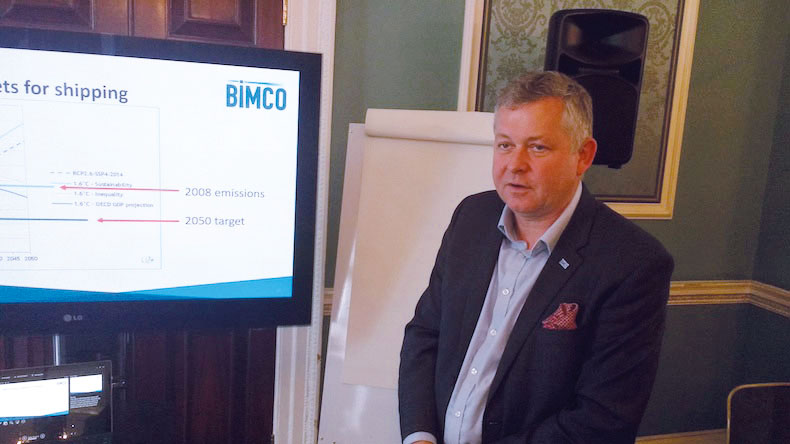 The move, which would impose mandatory improvements on individual vessels’ carbon intensity, has been rejected by the International Chamber of Shipping and BIMCO.

ICS deputy secretary-general Simon Bennett said shipping’s decarbonisation can only be achieved through the global regulatory framework of the International Maritime Organization.

“The draft EP proposals for further unilateral measures at EU level risk totally derailing the real progress now being made at IMO, which is the result of politically very complex negotiations,” he told Lloyd’s List.

BIMCO deputy secretary-general Lars Robert Pedersen said the proposal would seriously hamper co-operation between governments and the implementation of the IMO strategy.

“It is our firm belief that inclusion of maritime transport in the EU ETS will have no real effect on ship emission and only serve as a vehicle to collect funds from international shipping,” he said.

Both organisations — and industry interests more broadly — have long opposed attempts by the EU to regulate GHG emissions, repeatedly voicing concerns similar the ones expressed by the two associations.

One of the EU rapporteur’s most significant proposals is a mandatory 40% reduction on CO2 emissions per work of transport for each ship compared with 2018.

The IMO strategy demands the same reduction rate by 2030, but based on emissions performance of 2008.

Mr Bennett argued that zero carbon technologies and global infrastructure are about 20 to 30 years away from widespread application.

The attempt to change the reference date from the IMO’s 2008 to 2018 and the idea that that 40% carbon intensity reduction is feasible over the next decade, therefore show “a total lack of understanding of what is technically possible on board large ocean-going ships”, he said.

Mr Pedersen stressed that an improvement in carbon intensity does not necessarily mean a reduction in overall emissions, and that the IMO target is focused on the whole fleet, not the performance of individual ships.

“Focusing on the 2030 target in isolation is thus not productive and trying to transpose the objective to the individual ships not in line with the actual IMO objective,” he said.

Mr Pedersen said that voyage specific efficiency objectives for a ship that operates globally would mean that these specific voyages would be covered with slower speed, prolonging the time and thus also the cost cargo owners will have to assign to transportation.

“Ships occasionally calling EU ports would not be more efficient, but more ships would be required to do the transport,” he said.

ICS and BIMCO support an industry-wide proposal to the IMO for the creation of a global decarbonisation R&D fund that would collect $2 for each tonne of fuel oil a ship consumes.

The rapporteur proposed the creation of a European Maritime Fund based on revenues from the ETS and potentially annual contributions from shipping companies.

“We would imagine non-EU governments would have serious issues with the idea that their shipping companies should contribute to something like this as opposed to the global fund proposed by the industry that will assist the entire global shipping sector to fully decarbonise,” said Mr Bennett.

Solutions on the road to future fuels