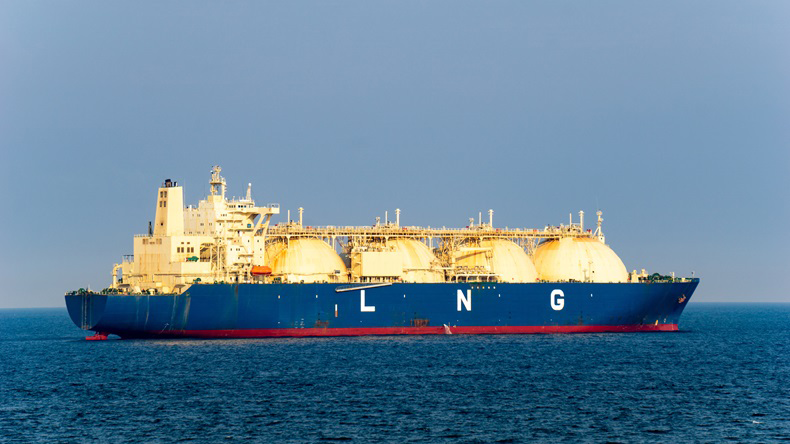 The shipping industry has become very fond of LNG in recent years.

ENVIRONMENTALISTS are stepping up pressure on global regulators to set methane emission targets for ships fuelled by liquefied natural gas.

This follows the release of an International Council on Clean Transportation study that concluded LNG does not deliver emissions reductions sought under the International Maritime Organization’s greenhouse gas strategy, and might even worsen shipping’s climate impact.

It challenges accepted industry views that using LNG provides a 20% reduction of greenhouse gas emissions in shipping, and raises fresh questions over the longevity of vessels propelled by the fossil fuel.

Investments in LNG, from fuel infrastructure and newbuildings, lock shipowners into another fossil fuel, making it harder to transition to low and zero-carbon alternatives, environment groups said in their submission to the IMO’s Marine Environment Protection Committee. The committee next meets in March.

However, LNG is shaping up as the most commercially viable alternate fuel to reduce shipping’s carbon footprint even as scrutiny intensifies about its sustainability.

In the submission, the Clean Shipping Coalition, Pacific Environment, World Wildlife Fund and Greenpeace ask the MEPC to account for all greenhouse gases, including methane, in future phases of technical design indices for new vessels.

The Energy Efficiency Design Index, approved in 2011, is phasing in  uniform standards for equipment and engines to reduce pollution on new and existing vessels.

“The maximum life-cycle greenhouse gas benefit of LNG was a 15% reduction compared with MGO over a 100-year time frame,” the study said, qualifying this was only achieved if using high-pressure injection dual-fuel engines for LNG. Results were worse in other LNG engine types, it said.

The IMO aims to reduce greenhouse gas emissions by 2050, but has not considered the full life-cycle of producing LNG, according to Bryan Comer, senior researcher of the ICCT Marine Programme.

“If I were a shipowner today, and I was looking at investing in a new ship, I would be concerned that the IMO would wake up and begin to regulate methane emissions from ships,” Mr Comer told Lloyd’s List. 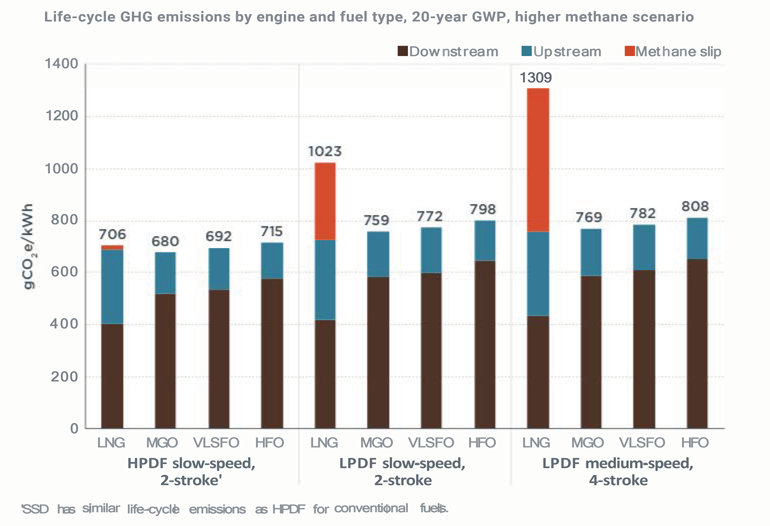 Mr Comer said internal combustion engines could be converted in the future to operate on zero carbon fuels such as ammonia and offered more flexibility than LNG, which required tanks.

The maritime industry has been slow to embrace LNG as a marine fuel. It is used by 170 ships, or 0.2% of the fleet, according to the Society for Gas as a Marine Fuel. Nearly 200 LNG-fuelled ships were on order, with 75 ports and terminals supplying LNG and more than 9,000 bunker transfers up to last October. The ICCT study said there were 756 LNG-powered ships, including 539 LNG carriers.

“Until the IMO regulates greenhouse gas emissions, as it has signalled it will do under its initial greenhouse gas strategy LNG will remain an effective way for shipowners to meet the standard,” according to the study.

SEA-LNG, the multi-sector industry coalition, created to accelerate the widespread adoption of LNG as a marine fuel, and the SGMP said in a joint response that they had not been contacted before the ICCT report’s release and needed further time to properly review its findings.

However the two lobby groups questioned the assumptions and methodologies used, and said there was no direct input from engine manufacturers. The response cited the “thinkstep” study published in April 2020 which it said “has been widely recognised as the most comprehensive analysis undertaken to date on the lifecycle GHG emissions of LNG as a marine fuel compared with current and post-2020 conventional marine fuels.

“On the fuel supply chains, data from internationally recognised lifecycle databases was supplemented with information from ExxonMobil, Shell and Total. The study assessed the supply and use of LNG as a marine fuel according to ISO standards. Finally, to ensure objectivity, it was peer-reviewed by leading academics from key institutions in France, Germany, Japan and the USA.  Previous critical comments towards the Thinkstep study were comprehensively addressed last autumn and these points remain valid, post the publication of the ICCT report.”