If, as predicted, the market slump prolongs one can only expect CSSC to tap more public finances. Some are straightforward means such as research subsidies, while some are more veiled handouts in the form of debt-to-equity swaps, or low-interest loans that are partly used by the shipbuilder’s leasing subsidiaries to order vessels at its own yards

Shipbuilding nations advocating market-based rules, such as Japan, have been disappointed by continuing government handouts from competitors, but the frustration is unlikely to go away anytime soon 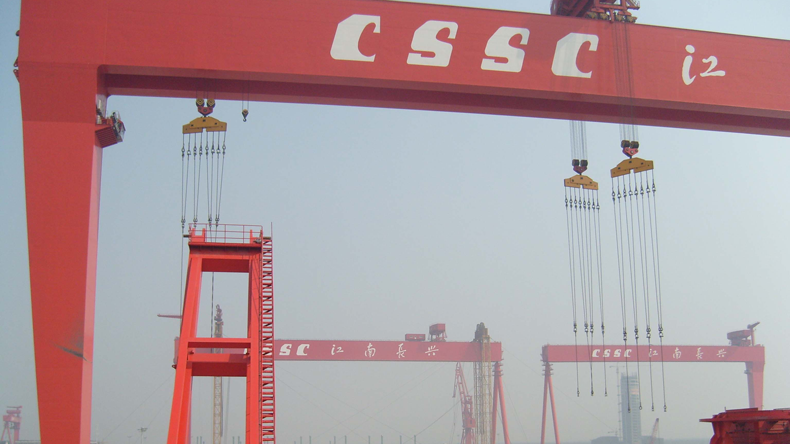 Revenue was Yuan380bn ($54.7bn) while pre-tax profit came in at Yuan14.5bn — although Beijing’s navy orders certainly helped this figure.

But along with the satisfactory results there are also a string of unsettling numbers, especially for the state giant’s opponents from the private sector.

Five major CSSC yards have received capital increase worth about Yuan16.9bn in the form of debt-to-equity swaps since 2018, according to exchange filings. The latest one of Yuan6.7bn was poured into Jiangnan Shipyard in April, 2019.

Almost all these funds were made by investors backed by Chinese governments or large state-owned enterprises, which could hardly turn down Beijing’s previous request to deleverage the country’s economy.

Including an earlier but similar injection of Yuan21.9bn for yards under China Shipbuilding Industry Corp, now part of CSSC, total bailouts have topped Yuan38.8bn, or $5.6bn based on the current exchange rate.

With the money, the Chinese conglomerate managed to cut debts and interest payments, replenish its working capital and keep the collapsing yards afloat.

That was part of the reasons why a group of shipbuilding nations under the Organisation for Economic Co-operation and Development parted in discord after a meeting last month in Paris.

Other member states led by the European Union and Japan wanted to introduce a new competition regime, including disciplines to regulate state subsidies and ship price. Yet South Korea vetoed the proposal citing concerns with China.

Delegates from Seoul, whose government also has a well-known habit of subsidising domestic shipbuilders and view the Chinese as the largest competitor in this sector, may well have explained why it has to march Beijing’s generosity.

“In particular, the government support issue is beyond the private sector’s control, and we can only hope that the governments of the [respective] shipbuilding nations, who are the very parties in charge, will act responsibly and quickly,” Mr Saito said in a statement.

Unfortunately, his peers in China have yet to show any signs of refraining.

Shanghai-listed CSSC Holdings, which is in a restructuring plan to take several CSSC yards under its wing, is pressing on with a private offering to raise up to Yuan3.8bn. No subscribers have been revealed yet, but most of them, if not all, are expected to be state-backed players based on past experience.

Compared with these tallies, the Yuan77.1m government subsidy reported by the listed unit last week, which may be a large sum to some privately run yards, is merely a drop in the bucket.

In its 2019 market review, Danish Ship Finance noted that “few new vessels are likely to be ordered in the coming years until there is more clarity on future propulsion systems, fuel composition and the overall blueprint for next-generation vessels”.

Time appears not on shipbuilders’ side.

And the few exceptions with relatively healthy ordering demand today, such as liquified natural gas carriers and product tankers, are far from the most competitive products of the Chinese yards compared to their South Korean rivals.

Most of the ships built in China as well as by CSSC, are still dry bulkers, a sector where owners are generally more price-sensitive and less eager to try on new fuel technologies.

If, as predicted, the market slump prolongs one can only expect CSSC to tap more public finances. Some are straightforward means such as research and development subsidies, while some are more veiled handouts in the form of the debt-to-equity swaps, share offering or low-interest loans that are partly used by the shipbuilder’s leasing arms to order vessels at its own yards.

Surely, Mr Saito has a point in his upholding of a level playing field driven by market rules, but his frustration seems unlikely to go away anytime soon.

Qatar hopes to work with Chinese yard on LNG carriers

Yard Talk | How to endure a lengthy winter?