Shipping said to be failing to attract institutional investors

The vast funds controlled by institutional investors could easily resolve shipping’s capital crisis, but they are put off by the industry’s poor reputation, Tony Foster of Marine Capital told the Marine Money conference in London this week

‘Institutional investors own everything already and they can choose anything in which to invest,’ argues leading maritime asset manager 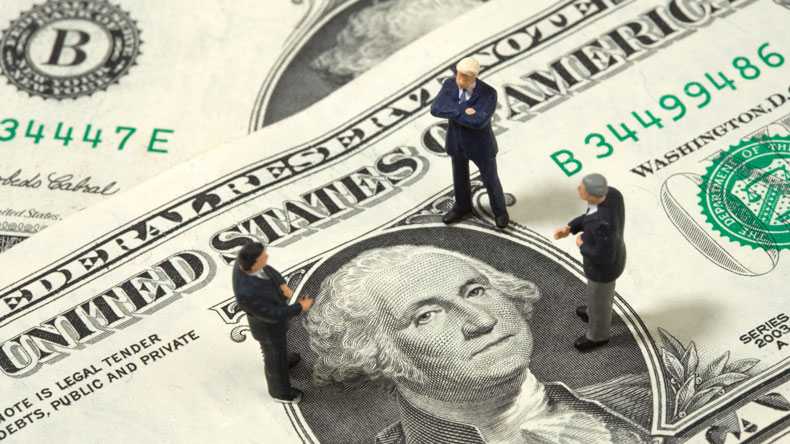 Pension funds and insurance companies are by far and away the biggest investors in the globe and they need sectors, such as shipping, in which to park their cash.

INSTITUTIONAL investors could easily resolve shipping’s capital crisis, but are being put off by the industry’s poor image, a leading asset manager has told an industry audience.

Tony Foster, chief executive of Marine Capital, outlined the vast resources available to institutional investors, and argued that tapping into them would represent “a Holy Grail for shipowners”.

Pension funds alone have access to $40trn in funds, and insurance companies a further $27trn, while lesser but still substantial amounts are in the hands of family offices, foundations, and sovereign wealth funds, he said.

“They own everything already and they can choose anything in which to invest,” Mr Foster told the Marine Money forum in London yesterday afternoon. “These investors are on the march. This Leviathan is no longer sleeping.”

To put things in perspective, shipping will, on a conservative estimate, probably require around $500bn in capital in the 2020-25 period, much of which will be provided by debt and equity.

That is less than one percentage point of what the institutions have at their disposal.

But institutional investors now look for not just returns, but for sustainable investments, he said, highlighting the decision by BlackRock, the world’s largest fund manager, to prioritise environmental criteria when reaching investment decisions.

“The biggest point about that is that BlackRock had no choice,” Mr Foster said, given the increasing pressure for companies to be seen as keen to combat climate change.

The forum, now in its 11th year, also heard how relationship banking is still available for some shipowners, but increasingly restricted to the top tier.

Shipping portfolios are much reduced, and bankers are more selective when it comes to choosing clients, he said.

Halvor Sveen, chief executive Officer of Norway’s Maritime & Merchant Bank, said that M&M, which still offers ship mortgage transactions if the terms are right, had been accused of doing ship finance like it is still the 1960s. “Maybe that’s fair when you look at the average age of our staff,” he quipped.

While bigger banks may restrict lending to so-called tier one shipowners, Mr Sveen contended that tier two is a size bracket, not a yardstick of credit quality, and represents what he called the grassroots of shipping.

“We feel we are back to square one again, and we are getting a response from our clients that this is something that has been missed,” said Mr Sveen.

Alexandre Amedjian, head of shipping finance for Europe, Middle East and the Americas, Société Générale, said that banks are still important for shipowners, and insisted that SocGen is still responsive to its needs.

However, the French investment bank does want top tier clients, and does not want to do pure asset finance.

Nikolai Kolesnikov, executive vice-president and chief financial officer, of state-owned Russian tanker giant Sovcomflot, admitted that SCF has the advantage of being in the tanker big league. Banks are therefore generally happy to co-finance projects.

Nils Kovdal, director of consultancy NorthCape, said there is no doubt about the increased prevalence of leasing, but debt will remain the main source of finance for shipowners.

Christos Begleris, co-chief financial officer at Star Bulk Carriers, said that bank lending to the industry had fallen from $420bn in 2010, to $360bn today, of which $60bn comes in the shape of Chinese lease finance.

“We see traditional banks that have been in industry for decades increasingly focus on big shipowners able to provide ancillary revenue,” he noted.

Even a company of Star Bulk’s size and credentials needs to find guarantors. But the company prefers long-term lenders who understand the shipping cycle and are willing to stay with clients even during downturns.