Norway’s 2020 Bulkers expects the dry bulk market to recover before long. The immediate outlook is challenging owing to a lack of iron ore volumes coming out of Brazil 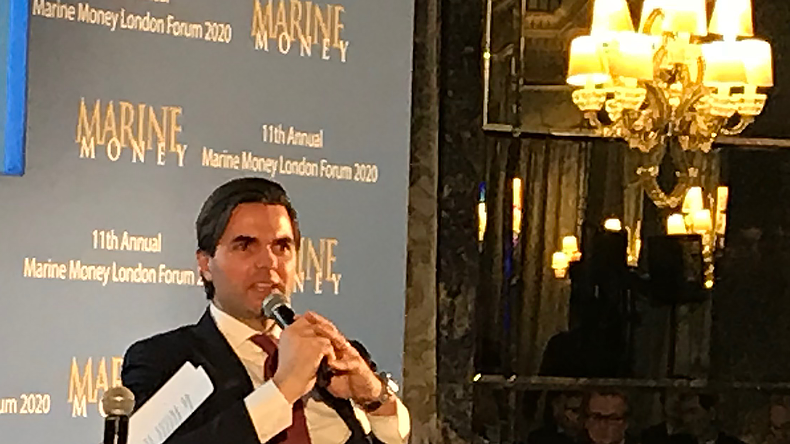 NORWEGIAN dry bulk outfit 2020 Bulkers is expecting to see a recovery in the markets before long.

For now, though, the market looks challenging, driven by the lack of iron ore volumes out of Brazil, the company's chief executive Magnus Halvorsen told Lloyd’s List on the sidelines of the Marine Money ship finance forum in London.

The volumes so far in January translates to an annualised figure of just 250m tonnes from the South American country, but the hope is that Vale, Brazil’s largest producer, will ramp up output from the second quarter onwards, he said.

The good news is that scrapping may increase given the current low rates, he added, noting how five converted very large ore carriers have so far been sent for removal.

The company, which listed on the Oslo Axess exchange in July last year, has an order for eight newcastlemaxes being built in China. All vessels will be fitted with scrubbers.

It has received six of the 208,000 dwt vessels with the remainder scheduled to be delivered in May.

On Tuesday, the company said that its sixth vessel — Bulk Sydney — started a three-year index-linked charter with Koch Industries.

“The index-linked rate reflects a significant premium to a standard capesize as a function of higher cargo intake and lower fuel consumption,” the company said in a statement.

“The vessel will also earn an additional premium related to the fuel cost saving from the scrubber.”

Two of its vessels are on fixed charter, while the ones that are index-linked benefit from the scrubber impact as the Baltic Exchange indices are based on low sulphur fuel oil, which is more expensive than the high sulphur alternative upon which the scrubbers are based.

The company said earlier in the month that its vessels achieved average gross time-charter equivalent earnings of $23,793 per day in December at a time when a standard capesize earned $19,595 per day.

Although the Olav Troim-backed company is in a good financial position, Mr Halvorsen does not rule out tying up or selling up at a later stage. The company, which launched in 2017, declared a dividend of $0.04 per share in December.

“We have attractive assets. We will always consider bids for assets or mergers and acquisitions,” he said, without elaborating.