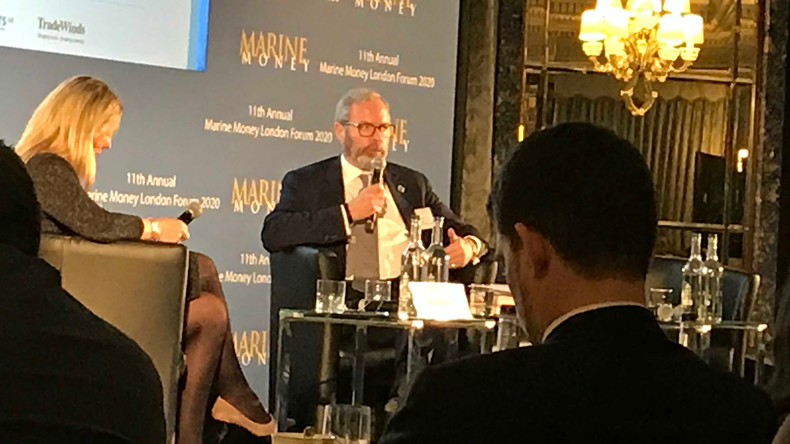 
BNP Paribas and Credit Suisse have been named as the latest leading financial institutions to sign up to the guidelines designed to accelerate decarbonisation efforts across shipping.

Norwegian dry bulk outfit 2020 Bulkers is expecting to see a recovery in the markets before long.


Montana and Wyoming are petitioning the US Supreme Court to accept their challenge of Washington state’s “unconstitutional and discriminatory” denial of a permit for a proposed coal export terminal in Longview, Washington.


A rebound from the high levels of frontloading reported in 2018 ahead of the imposition of tariffs led to a 2.5% fall in container volumes on the transpacific eastbound trade lane last year, according to figures from Alphaliner.

French ports are facing strike action in protest against the government’s proposals for the reform of state pensions.


Brightoil Petroleum Holdings has managed to restructure Yuan15.6bn ($2.3bn) of debts with support from eight Chinese banks, according to media reports in China.

Hyundai Heavy Industries has picked up Won266.6bn ($229m) worth of tanker orders as the South Korean shipbuilder strives to hit its sales target this year.

Troubled offshore vessel owner and operator Pacific Radiance, after having its earlier bailout deal with a Middle East party stall, is now in discussions with a global asset management firm with more than $100bn in assets under management.

London shipping law firm Bentleys, Stokes and Lowless is ending more than 80 years of independent existence, with its fee earners moving over to become part of AIM-listed Ince & Co.

Inchcape Shipping Services continues to flex its muscles in Singapore, with the launch of bunker survey services.

North P&I Club has become the latest marine insurance provider to sign up to the Quest Marine platform from insurtech Concirrus, which is already in use at Hiscox, Chaucer, Skuld and a number of Lloyd’s syndicates.

A tanker crew fought back after their vessel was boarded by a gang of armed robbers while at anchorage south of Singapore.