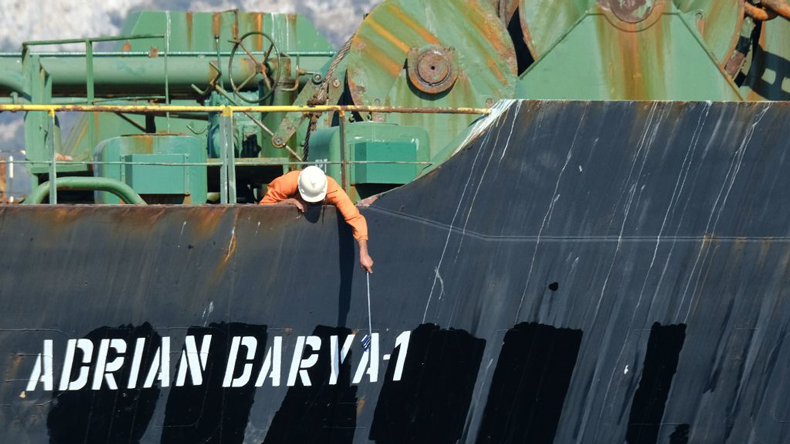 
Panama’s flag registry has moved to deflag seven tankers linked to a subterfuge fleet of Iranian-owned or controlled vessels engaged in shipping crude, fuel oil, gas and other products to circumvent unilateral US sanctions.

A draft proposal seen by Lloyd’s List to the International Maritime Organization’s sub-committee on pollution suggests a ban on the use and carriage of heavy fuel oil in the Arctic Sea is edging closer.


Singapore’s container throughput hit an all-time high in 2019 amid challenging global economic conditions, according to statistics from the Maritime and Port Authority of Singapore.

Oldendorff Carriers, a German owner of dry bulk vessels, will take delivery of four newbuildings in the coming weeks.

The Port of Ningbo has found yet another violation of the 2020 global sulphur cap with a Panama-flagged containership caught burning non-compliant fuels, the third such case reported in China this month.

A key pipeline that is believed to be supplying more than a tenth of the feed gas to Malaysia’s liquefied natural gas complex in Bintulu, Sarawak, has been hit by an explosion.

Eagle LNG Partners has selected Matrix Service Inc, a subsidiary of Matrix Service Company, for the engineering, procurement, fabrication and construction of a liquefied natural gas export facility, to be built in Jacksonville, Florida.

Climate change is impacting operations at the Panama Canal and the key waterway is cutting daily slot reservations to 27 from 32 as well as imposing more charges because of droughts.

PSA International, a ports operator, overcame tough conditions in 2019 and saw the number of containers handled at its global portfolio of ports rise 5.2% to 85.2m teu.

Western Mexico is fast becoming a destination for refined oil products from the US, as Sempra Energy’s Mexican subsidiary forges ahead with new marine terminals and contracts with major oil companies.