Free to read: Bunker bills a bitter pill for PIL | Is shipping at risk from Iran? | Saudis switch off AIS for Hormuz transits | Port congestion risk rises as US LNG exports ramp up 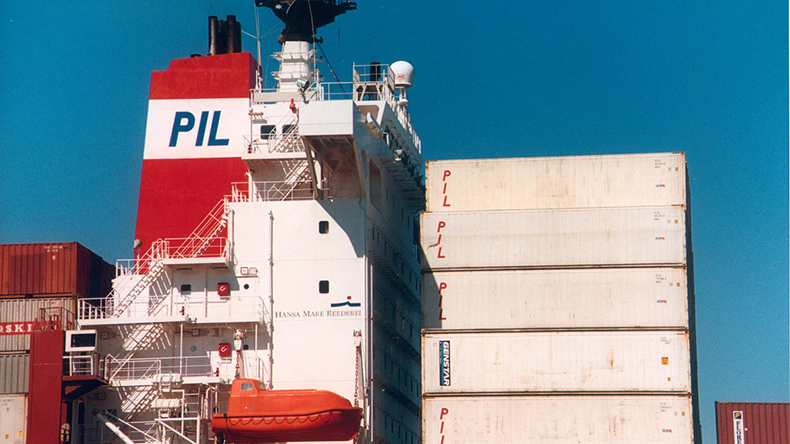 
Ships operated by Pacific International Lines could be facing the threat of arrest as the company struggles to meet payments to its bunker suppliers. The Some of the Singapore-based container line’s ships have been idled awaiting low-sulphur fuel, but bunker suppliers are now considering vessel arrests due to delays in payments, while others have stopped serving the line.

Bahri, Saudi Arabia’s national shipping company, has defied safety and security advice from its own insurers and the US government by allowing tankers to “go dark” during Strait of Hormuz transits. For most transits over the last six months, Bahri-owned and operated tankers have switched off their Automatic Identification System required under international regulations to transmit vessels’ locations at all times, according to satellite-tracking data analysed from Lloyd’s List Intelligence.

The Lloyd’s List podcast: Shipping has once again been left with the threat of getting caught in the crossfire of escalating tensions in the wake of the US killing of Iranian general Qasem Soleimani. Joining the Lloyd’s List Podcast this week to discuss the risk assessment for shipping in the Strait of Hormuz are BIMCO’s head of safety and security Jakob Larsen and Senior Maritime Analyst at Control Risks Cormac Mc Garry.


The risk of port congestion in the US Gulf during times of unfavourable weather has heightened as LNG exports from the area increase. But the market can take solace from the prospect that over the next few years, supplies from elsewhere should be more than enough to make up for any shortfall resulting from domestic disruption.


With the consortia block exemption regulations due for a four-year extension, carriers will be breathing a sigh of relief. But risks still exist for consortium members. As carriers move to end-to-end services, questions arise over whether the level of integration they require will breach competition regulations, argues advocate August Braakman.


India’s plan for its coal industry is to reduce the dependence on imports, which is likely to hurt dry bulk shipping demand in the medium to long term. The country wants to boost domestic production to 1bn tonnes by 2024-2025. The privatisation of coal mines will have a knock-on effect on dry bulk shipping, which has benefited from the increased demand for seaborne coal in the previous year, writes our Singapore reporter Inderpreet Walia.


Bocomm Financial Leasing and SPDB Financial Leasing have ordered two 98,000 cu m newbuildings worth about $240m in total at China’s Jiangnan Shipyard. The vessels are to be chartered out to UK-based chemical producer Ineos.

China has reportedly issued tax waivers for exports of very low sulphur fuel oil out of the country but may try to limit them to promote domestic consumption.

Exmar, the Belgian owner of gas carriers led by chief executive Nicolas Saverys, has announced management changes and a new corporate structure that will result in a simplified business unit set-up.

A joint venture led by Woodside Energy has sanctioned Senegal’s first offshore oil and gas development and finalised the awards for the production facilities, including the purchase of a floating production, storage and offloading vessel.