As tensions between the US and Iran escalate following the assassination of Iran's senior military official, grains trades could be at risk, hurting an already weak dry bulk market

Grain exporters from the east coast of South America and the Black Sea region could face most pain from any retaliation to the US drone strike, says Danish consultancy BullPositions 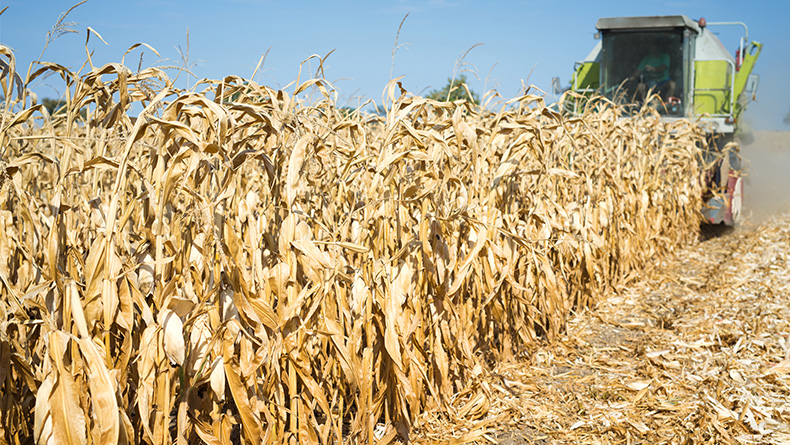 Corn is one of the cargoes in the spotlight as geopolitical tensions rise.

GRAINS trades may be at risk from escalating tensions between the US and Iran following the US killing of Iran's top military official in a drone strike late last week.

At least 20m tonnes of annual grain imports into Iran, Iraq, Kuwait and the United Arab Emirates are “at risk of further uncertainty and trade flow disruptions” from the action by the US, according to Danish consultancy Bull Positions.

“Based on the origins of Persian Gulf grain imports East Coast South American and Black Sea exporters are likely to feel most of the potential pain related to any rippling effect from the US drone strike,” the consultancy’s managing director Jesper Buhl said, adding that 75% of the monthly average arrives from Brazil, Argentina, Russia, and the Ukraine.

However, the 16m tonnes of wheat, barley, and corn imported into Saudi Arabia every year are less at risk from the tensions as volumes are mainly shipped to ports along the Red Sea, he added.

“Geopolitics is one of the factors to watch out for this year,” said BIMCO’s chief shipping analyst Peter Sand.

“Naturally, this is an escalation [of tensions], which is bad for shipping, and puts volumes at risk,” he said, adding that panamaxes would largely be affected, but also supramaxes and ultramaxes active in the trades.

Shipowners heading to the region are on maximum alert, he said.

The dry bulk market has started the year on a weak note, with rates tumbling across all segments.

All types of dry bulk vessels are loss-making at the moment, Mr Sand noted.

“We see this as not only seasonal — the weakness is also due to high fleet growth,” said Mr Sand, adding that the falling rates should continue until after Chinese New Year, which takes place from January 25.

Dry bulk owners will face a “challenging” first half of the year, according to Cleaves Securities, which downgraded six of nine dry bulk stocks.

head of research Joakim Hannisdahl said in a report that he expects a further slide in dry bulk rates, with capesizes expected to slump to $7,000 per day and the Baltic Dry Index to slip to 750 points ahead of the Chinese New Year.

The average weighted capesize time charter on the Baltic Exchange dropped to $9,783 per day at the close on Monday, a 32% drop since December 24.

A dry end to the year for the bulkers market

Drop in grains exports from the Black Sea bearish for bulkers