Search for greener solutions will stimulate wider maritime collaboration in 2020

While the headlines will focus on discussions about decarbonisation, the need for shipping to work more closely will benefit the industry throughout the year, a webinar is told 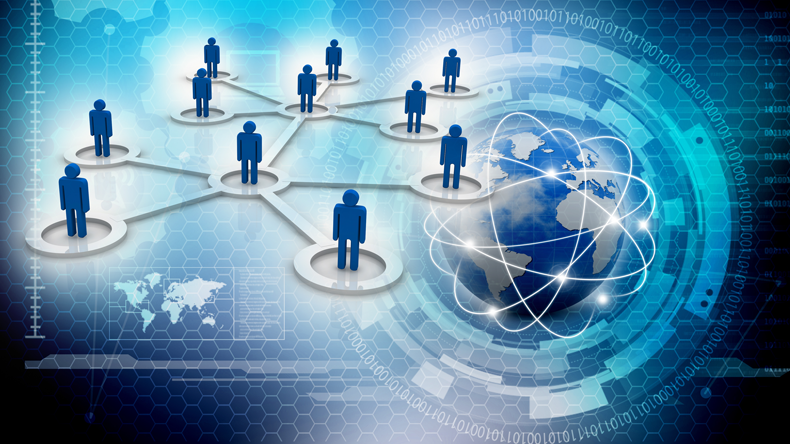 Source: jijomathaidesigners/Shutterstock.com Charterers took a keen interest in working with shipowners on compliance issues throughout 2019 because both parties have an interest in transporting cargoes with the minimum of interruption.

THE year just passed was dominated by preparation for the International Maritime Organization’s Global Sulphur Cap. According to speakers on Lloyd’s List’s 2020 Outlook webinar, sponsored by Wallem group, much of the year ahead will be taken up with making sure the maritime business is complying with a raft of regulations that might challenge shipowners’ ability to survive.

However, while compliance with ballast water treatment and low-sulphur fuel directives might capture the headlines, the broader issue of decarbonising shipping is unlikely to be resolved over the coming months. There will be a great deal of heat but not much light, speakers agreed.

What can be expected to develop from the more urgent push for regulatory compliance is a greater degree of co-operation between parties and collaboration between stakeholders in each maritime venture.

Shipowners are expected to be hit hardest by the implementation of new regulations. Therefore, as 2020 unfolds, P&I insurance and the broader legal profession, classification and ship registries, shipmanagement and consultancy will all be providing their owner-members with advice not only on how to comply with regulations that have already come into force, but also regulations that are on the horizon.

Meanwhile, those owners have called for other stakeholders to take their share of responsibility for complying with both global and regional directives. Those stakeholders include energy majors, heavy industries, and other charterers.

Charterers took a keen interest in working with shipowners on compliance issues throughout 2019 because both parties have an interest in transporting cargoes with the minimum of interruption. This has affected charter party discussions and promoted collaboration in pursuit of a solution to a dispute rather than going to the courts. Speakers concurred that collaboration on the big-ticket items would likely be a feature of 2020.

Shipowners most in need of help in 2020 are those with smaller fleets and with older, less efficient ships. However, at the other end of the scale, the year will see a whole series of very large crude carriers coming to the end of their life; their owners have expressed concern about replacement newbuilding tonnage.

Given the uncertainty about propulsion systems and fuels that will be acceptable in 2030 and 2040, the placing of newbuilding orders for large tankers is expected to be held back next year. So discussions in 2020 about the pace of decarbonisation will affect a broad swathe of shipping from world trade to shipyard orders and shipowners’ returns.

Uncertainty about the pace of decarbonisation and its impact will be matched in 2020 by similar uncertainty about vessel operations. With digitalisation — in one form or another — slowly spreading through shipping, the fear of a cyber attack remains very real. But as the memory of the NotPetya attack of 2017 fades and as funding is channelled into green issues, it will be harder to convince owners to stay at the forefront of cyber security.

Further, trade wars, sanctions, and other forms of geopolitical tension that formed such a background to shipping decisions in 2019 will no doubt feature again in 2020. The tanker markets, in particular, have swiftly responded to rumours and reports; it’s a nervousness that’s expected to be heightened as campaigning progresses towards next November’s US presidential election. Moreover, with the US at last becoming energy-independent, certain trade routes will see significant change.

Last year saw a worrying number of ships boarded by pirates and armed robbers, at least four hijackings — including a serious incident a few hours before the webinar — vessels reporting armed attacks and several attempted attacks. Shipowners and managers are aware of the dangerous areas and must train and prepare their crews for further attacks in 2020.

At the same time, vessel operators will need to be aware of increased drug smuggling activity during 2019 at Colombian ports. Ships’ masters have been arrested when packages were found on or attached to their vessels. P&I clubs have informed members of action to be taken before entering port, while in port, and on departure. Criminalisation of seafarers has become an issue once again in 2019 and is likely to get worse in 2020. Preparedness is everything.

Trade volatility, the prospect of cyber attack, extreme weather incidents, and increased levels of piracy were all expected to feature in 2020. However, the headlines are likely to be taken by further discussions about future fuels and the urgent need to decarbonise shipping. Smaller shipowwners will find it harder to keep up with regulatory compliance, and they will certainly struggle to recruit the data scientists and innovative thinkers the industry will require.

And as the non-maritime world grows ever more litigious, the need for shipowners to work more closely with law firms, insurance companies, shipmanagers and specialist agencies becomes clear. However, the past year has seen a growing level of collaboration as ship owners and charterers acknowledge that addressing the climate challenge is a bigger task than any one company can accomplish alone.

That spirit of collaboration will likely benefit shipping throughout 2020 in ways that go beyond decarbonisation.