The pirate-infested waters in the Gulf of Guinea are now the world’s most dangerous for international shipping, with at least nine vessels attacked and 89 crew hijacked for ransom so far in 2019 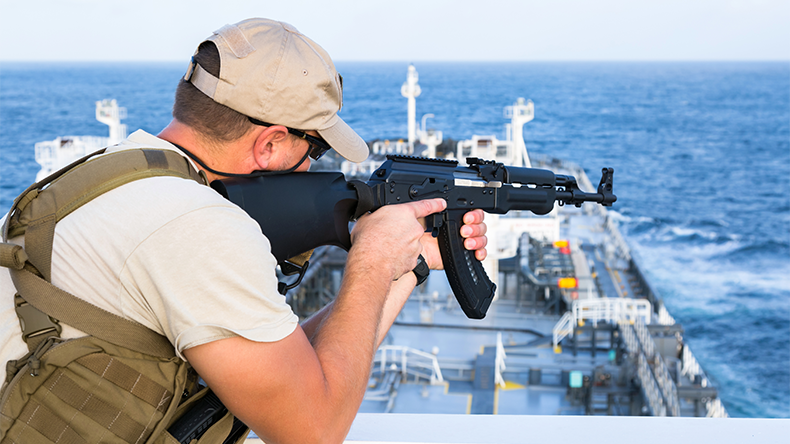 Protection from piracy is becoming an important issue in the waters off the coast of the Gulf of Guinea.

AT LEAST two piracy groups working in the Gulf of Guinea are responsible for the recent spate of attacks on tankers and kidnapping of crew, research from maritime security firm Dryad Global concludes.

The London-based company has identified a mothership, which one pirate group is using to operate deep offshore, as well as a separate group that’s exploiting ambiguous and haphazard patrolling on the outskirts of Nigeria’s Economic Exclusion Zone. The EEZ extends for 240 nautical miles.

The pirate-infested waters of the Gulf of Guinea are now the world’s most dangerous for international shipping, with at least nine vessels attacked and 89 crew hijacked for ransom so far in 2019. Three ships have repelled pirates in the past seven days, including liquefied natural gas carrier BW Lokoja and suezamax tanker Istanbul.

“These criminal actors are using the EEZ as a cover from Nigerian forces and the international naval forces,” said Dryad Global chief executive Phil Diacon.

By operating on the margins of the zone, the pirates take advantage of ineffective co-ordination between Nigerian patrols and confusion about whether international forces have jurisdiction, he said.

The mothership used by one pirate group further offshore was identified using global satellite imagery as the Togo-flagged, 3,250 dwt chemical tanker Determination 2 (IMO 8201014) according to tankertrackers.com.

The tanker, for which no ownership, classification or insurance details are available, has not been operating with its automatic identification satellite on at all times, thereby masking its location at the times of the attacks. So-called motherships are needed for pirates to operate in waters that are well out to sea and away from the shore.

“It’s not confirmed but there’s a lot of circumstantial evidence,” said Mr Diacon about the movements of Determination 2.

Ransom paid for kidnapped crew in West Africa ranged from $18,000 per person to as much as $500,000 each, said Mr Diacon, citing unofficial local sources.

Some 20 Indian crew remain kidnapped after the 2003-built, 19,117 dwt tanker Duke (IMO 9262259) was attacked 110 nautical miles off Cotonou, Benin, in mid-December. On December 23, 19 crew from the very large crude carrier Nave Constellation were released after nearly three weeks being held hostage ashore after the tanker was attacked earlier that month.

“Pirates are predominantly taking crew because that is where the money is. People are paying it,” Mr Diacon said. Pirates’ modus operandi has changed from cargo theft, the predominant motive for attacks over past years.

“We are seeing a lot of local attempts to deal with piracy. A lot of people are being vocal about it, but it’s not in a lot of people’s interest to tackle the problem,” he said.

Given that there is so little global maritime traffic, international interest in dealing with piracy in the Gulf of Guinea does not match the efforts that were made to thwart Somali piracy eight years ago, he said. 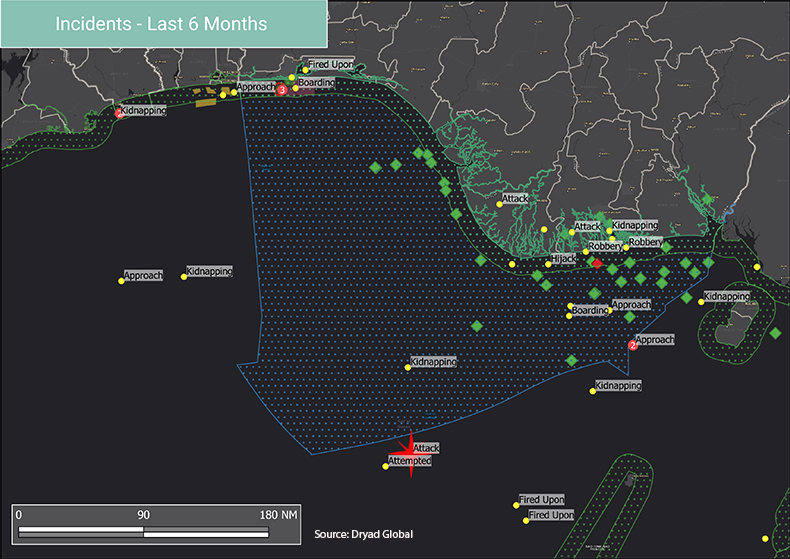 Piracy alert in Singapore Strait after spate of attacks