As Maersk maps out a clear strategy, MSC’s future is less clear

The Danish group will soon be back on a sound footing after the latest round of job cuts and loss of several executives, but the real one to watch will be Mediterranean Shipping Co, where Søren Toft’s arrival may presage a major change of direction 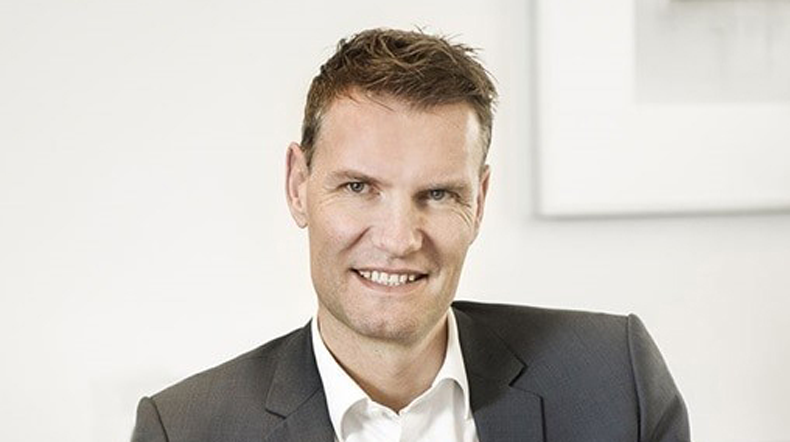 Mr Toft will soon arguably be the best-informed top executive within container shipping.

A STREAM of high-profile departures at AP Moller-Maersk has set tongues wagging.

Is there some deep-seated unrest within the organisation as it forges ahead with the transformation into an integrated transport and logistics business after jettisoning its energy-related activities?

Certainly, the move of chief operating officer Søren Toft to Mediterranean Shipping Co is seismic for the whole industry.

However he fares within the Aponte group, Mr Toft will soon arguably be the best-informed top executive within container shipping, with an intimate understanding not just of Maersk and its inner workings, but also of MSC, one of the most successful yet secretive groups in the entire industry.

So it would have been hard for Mr Toft to resist such an offer, regardless of the challenges that he will face at MSC, where the Apontes are hands-on owners who may find it hard to take a step back and let the new chief executive of cargo operations run the show, however good their intentions.

With news of Mr Toft’s defection followed by the resignation of chief financial officer Carolina Dybeck Happe and some other top-level departures, there has been plenty of industry talk that all was not well at Maersk.

But the company has had frequent clear-outs over the years, the last in 2015 when chief commercial officer Stephen Schueler was one of around 4,000 casualties as the headcount was culled over a couple of years.

In the interim, there have been several more senior executive lay-offs, most notably group chief executive Nils Andersen in 2016, while Jakob Stausholm quit as chief financial officer in mid-2018.

None of which should be particularly surprising in a group that is going through such a huge restructuring by merging separate standalone businesses into a single company. Not every face fits in the new set-up.

This latest round of redundancies appears relatively modest in comparison with previous staff cuts, and is said to involve only around 200 people from head office and elsewhere, out of a total worldwide workforce of some 80,000.

Maersk has always been able to attract and then nurture talent. But there is only room at the top for a handful of the original intake.

However, a testament to that early training is that former Maersk employees now hold senior maritime industry positions around the world.

And if the past is anything to go by, most of those who have worked at Maersk remain loyal to the group that gave them such a head start in the industry.

So the current round of job losses at Maersk should not necessarily be seen as anything more than another round of cost-cutting and slimming down of the workforce that seems to happen at fairly regular intervals.

Mr Toft’s resignation is somewhat different, though. He was tipped by many to eventually take over from Søren Skou as chief executive of AP Moller-Maersk, and yet has chosen instead to join arch rival MSC.

The real question here is why MSC took the almost unprecedented step of inviting an outsider to join the inner sanctum.

At MSC, a fresh injection of younger talent is probably needed at the top, considering some of the senior executives at the Geneva-based group have worked with the Apontes almost from the start, and must be close to retirement.

At its heart, MSC is a traditional shipowner, reaching the number two slot in the world as much through buying and selling tonnage at the right time as through organic growth. Unlike the other major players, MSC has not expanded its container business through acquisitions.

But times are changing, and becoming increasingly complex for container lines as they face new challenges on every front, from decarbonisation and digitalisation, to the impact of trade wars, automation, and the fuels of the future.

Mr Toft will be able to provide the Aponte family with support  and expertise needed to tackle these issues and more, but is there another factor behind his recruitment?

There has been talk in recent years that the younger generation of Apontes, notably Diego and his sister Alexa Aponte Vago, would prefer to concentrate on passenger shipping, where MSC Cruises is the world’s largest privately-owned cruise line. A massive expansion programme is underway.

In contrast, container shipping remains a low margin business where lines are, for most part, price takers rather than price makers. Yet European lines, at least, are constantly under the regulatory spotlight and also frequently caught up in intense competition with state-backed carriers.

One line of thought is that the Aponte family is considering an eventual scaling back of its container shipping interests, and that Mr Toft is there to orchestrate that.

Could an IPO, for example, be on the cards?

This is all hearsay, and there are those in the industry who know the Apontes well, and who very much doubt MSC would ever bring in outside shareholders.

But Mr Toft’s every move will be closely watched for clues as to MSC’s intentions as he takes over the reins in Geneva.

And if it all goes wrong, who knows, he may return to Copenhagen armed with all that inside knowledge that the rest of the industry would love to get its hands on.