Bocomm Leasing and ICBC Leasing, under the respective leadership of the two Zhaos, have completed yet another productive year of investment in shipping, further enhancing their leading roles in the ship finance arena nowadays. And the time will soon come when they have to factor in the 2050 decarbonisation target in their pricing 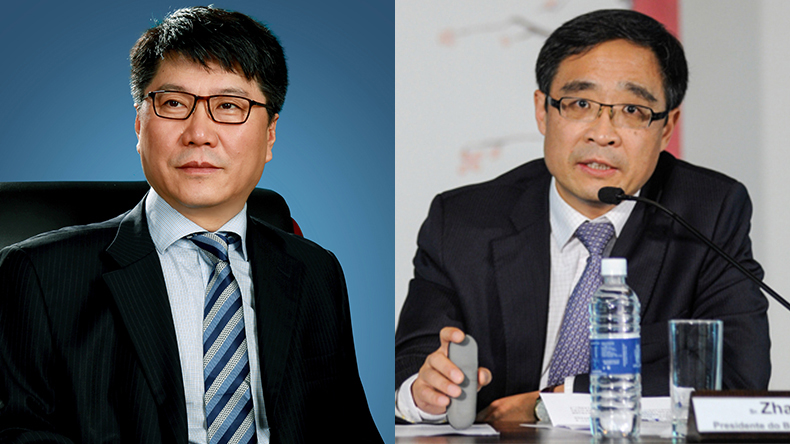 ZHAO Jiong, 57, hardly appears in the media; nor does he often speak on public occasions.

However, the chairman’s habit of keeping a low profile does not prevent Bocomm Financial Leasing, a subsidiary of China’s Bank of Communications, from a remarkable expansion in ship finance this year.

Excluding offshore business, the company is the largest shipping lessor in China, with about Yuan80bn ($11.4bn) of vessel assets as of mid-November, Lloyd’s List understands.

It almost doubled the amount of invested capital in the sector from 2018 to about $3.5bn so far this year.

Various new deals were reported over the past 12 months, the foremost of which was perhaps the $750m orders of up to 10 very large ore carriers — eight firm units, plus two optional ones — placed with Yangzijiang Shipbuilding and Qingdao Beihai Shipbuilding Heavy Industry in August.

Lloyd’s List understands that the series of 325,000 dwt bulkers, to be delivered from mid-2021 and backed by Vale’s long-term contracts of affreightment, is co-owned by Bocomm Leasing and South Korean owner Kmarin, with the Chinese partner holding a majority stake.

Compared to his peer, ICBC Financial Leasing chief executive Zhao Guicai, 52, seems to be more comfortable in the spotlight.

At a recent local shipping event, he told the audience that Chinese leasing houses “have been playing an increasingly important role in the global ship finance market over the past several years”.

The highlights of the leasing arm of Industrial and Commercial Bank of China, the world’s largest commercial bank by asset size, include the $600m newbuilding projects on which it worked together with state-owned domestic owner, Shandong Shipping.

The orders involved eight middle-range product tankers to be chartered by Shell and four kamsarmax dry bulker to be hired by Bunge Ltd.

More recently, ICBC Leasing agreed on a $544m sale and leaseback deal for 10 Frontline suezmax tankers to be acquired from Trafigura.

The $94m worth of contracts, though relatively small in value, represented a rare case, as the pair normally do not deal with the state-owned shipping conglomerate that enjoys ample financing sources.

The leasing houses in China have been building their strength since the western shipping banks started to withdraw from the sector a decade ago, following the latest global financial crisis.

They invested approximately $12.6bn in ships and offshore projects in 2018, according to consultancy Smarine. The figure is estimated to grow by about 10% this year.

Norway's DNB recently noted that the Chinese leasing companies had provided almost 20% of global shipping capital in 2016, 25% in 2017 and 30% in 2018, “and their market share is expected to increase in the future”.

Yet how long can they keep motoring on?

Fang Xiuzhi, head of shipping at Bocomm Leasing, was not so optimistic about the demand for leasing finance next year.

The year of 2020 would likely see an extended weakness of newbuilding orders this year amid market and regulatory uncertainties, he told a November conference in Shanghai.

At the same time, shipowners had required less refinancing via sale and leaseback deals as their earnings improved, Mr Fang said.

This had also stiffened price competitions between the lessors, as their project managers were still asked to deliver growth despite of a softer market, he added.

In the longer run, however, Bocomm Leasing would intend to keep its shipping assets “at a relatively appropriate size” when reaching a certain scale.

Mr Fang further expected the growth of Chinese ship leasing business to slow and stablise over the next three to four years from the blistering pace seen in the past decade.

As the ship finance demand wanes, China’s leasing majors are stepping up their exposure to operating leases, under which lessors order vessels directly with yards or buy secondhand ships and own the residual value of the assets. These moves endow lessors with more of a role as shipowners.

Mr Guo added some leasing firms had even dipped their toes into the spot markets with self-owned vessels.

For now, the leasing lenders, in most cases, still act as the bridge between banks and traditional shipowners.

However, as they become more experienced in this industry, it is only natural for the leading lessors — backed by large Chinese banks and enjoying a funding cost that is only about half of the level of many traditional shipowners — to sit face to face with charterers.

Dry bulkers, relatively easy to operate with higher liquidity, have been the most favourable vessel assets for the leasing shipowners.

Some, such as ICBC Leasing, have started to enter the tanker market with the help of third-party operators or managers. And expect the lessor-owner hybrid to explore more segments in future.

The trend will hopefully prompt the Chinese lessors to be more serious about shipping’s path to decarbonisation, which will have a great impact on asset values as greener ships are produced.

Neither Bocomm Leasing nor ICBC Leasing (let along their smaller peers in China) have signed up for the Poseidon Principles, a sustainable shipping finance initiative launched by a group of European and US banks.

As the major clients of these banks, the lessors must have received the invitation for endorsement, although they are unlikely to make the call without Beijing’s approval.

However, the time will soon come when the Chinese leasing companies must price in the 2050 greenhouse emission target.

While both Zhaos will be long retired by that time, they should lead their organisations to prepare for the changes from now.