The scale of the family tree involved in shipping secures them a place on the list of influencers, but the innovation in their DNA sets them apart from other family operations 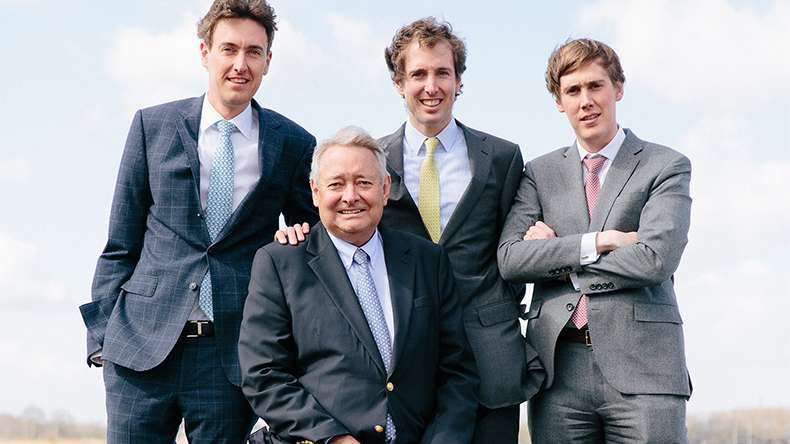 CONSOLIDATING the sprawling influence of the Saverys family tree into a single entry for the Top 100 is never going to do justice to the myriad characters and activities that should be represented here.

The sheer scale of operations, from CMB (Compagnie Maritime Belge) led by Alexander Saverys to Nicolas Saverys-led gas carrier company Exmar, are sufficient to secure a seat at the Top 100 table, but influence is about more than business as usual.

Happily, the Saverys family members have innovation in their DNA and yet again there are ample advances this year to secure their collective position in this list.

The race to decarbonise shipping has ironically generated a lot of hot air in certain corners of the industry and, while good intentions are ever present in the marketing, tangible projects and progress are somewhat rarer.

At both CMB and Exmar, the push towards zero carbon is already well advanced, with hard cash being ploughed into hydrogen technology and both companies actively playing their parts in various coalitions and projects on the pathway to zero emissions.

Alexander Saverys has been advocating hydrogen research and development for several years now, but this year revealed the full extent of CMB’s expansive investment in hydrogen technology.

It has seen the Belgium-based shipowner lead the design and development of hydrogen-fuelled engines, as well as construct the first ships using the lower- or zero-emission technology.

Over at Exmar, they are equally passionate about hydrogen, teaming up with a local coalition of ports and energy companies to study the transport of hydrogen as a sustainable fuel.

Nicolas Saverys has long talked about taking leadership through innovation and Exmar has now transformed itself from a shipping company into an energy supply chain provider.

The metamorphosis from being a transporter into being a transformer of energy may not have been the easy path, but where others talk about adding value into the supply chain, he is taking solid steps.

And, as we have mentioned in previous entries, this about good business, not greenwashing.

“We genuinely believe CMB Technologies can be our profit-driver in the years to come, and every R&D investment is aimed at contributing to our bottom line,” he told Lloyd’s List. “We are doing this to one day make money.”

Mr Saverys sees achieving the IMO’s respective 2030 and 2050 emission reduction deadlines as a “huge opportunity for shipping, not a threat”.

The hydrogen projects they are currently pursuing may still be several years off producing a viable output for international trades, but their investment in tomorrow’s technology today could ultimately see them move up this list of influencers over the coming years.