The majority of vessels will be using more expensive low-sulphur fuel to IMO 2020. The higher cost will make biofuels more competitive 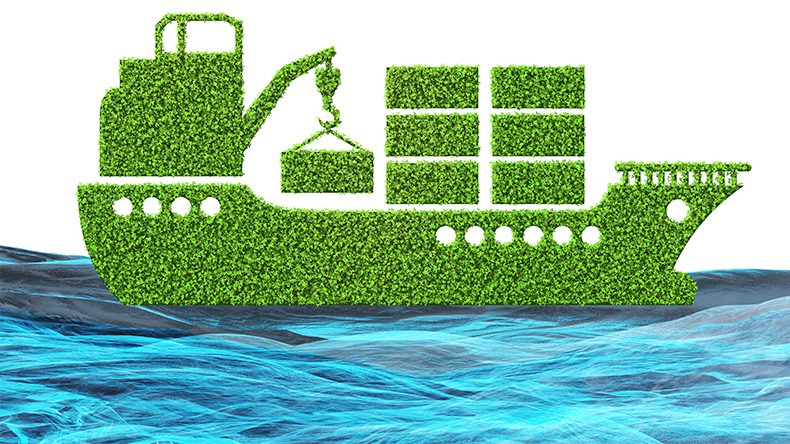 GoodFuels expects biofuels to account for a quarter of shipping by 2050.

THE introduction of sulphur limits from January 1 is likely to provide a boost for biofuels as the cost differential between the two falls.

GoodShipping chief executive Dirk Kronemeijer said biofuel trials conducted this year with CMA CGM and Ikea had been to see if the technology worked and to iron out any final technical issues. He expects to see full commercial use of biofuel by next year.

“It will become a lot simpler in terms of the business case from 2020 due to the sulphur cap,” he told Lloyd’s List. “This year we still had to compete with heavy fuel oil. We’re beyond doing trials now. We are at the point of scaling and it is going a lot faster at the moment than everyone thinks.”

The GoodShipping programme was launched by biofuels developer GoodFuels in 2017 to stimulate and demonstrate the use of biofuels as the best option to make the shipping industry more sustainable.

“We are getting into the ballpark where we can compete head-on with carbon offset credits,” he said. “Also our clients typically need the CO2 offset element but also want to help accelerate the energy transition within shipping. They would rather do it this way that by buying offsets outside the industry.”

GoodFuels now is looking to scale up its production of bio-fuels, which it makes from recycled cooking oils and waste forest products.

“If we had the capacity we could do the entire volumes of a number of our clients,” said Mr Kronemeijer. “We already have some that want to go only via bio-fuel. The problem is on the supply side; our challenge is more to provide enough.”

GoodFuels has already announced it will develop a new refinery in Rotterdam, which will be able to provide 300,000 tonnes per year when it goes live in 2025.

“We want to be able to scale up to the volumes the lines require,” Mr Kronemeijer said.

Mr Kronemeijer hopes to be able to supply around 100,000 tonnes of biofuel by next year. That would give GoodFuels around 90% of the market for bio-fuel.

He points out that the biofuels market, while a tiny slice of the market for conventional fuel, has grown from nothing in a short time frame.

“It is a big step in biofuels, and our plan is to scale to 1m tonnes in three years from now,” he said. “That is just us, and there will definitely be competition from others.”

GoodFuels believes that biofuels will become disproportionately more important in the next decade, as they are easy to scale and can provide a “drop-in” solution to lowering sulphur and carbon emissions.

The move towards electric cars should also help increase availability, as cars currently absorb 90% of the world’s biofuels.

“Policy-wise, we are pushing governments towards to re-look at their biofuel blending mandates as more electric cars emerge,” Mr Kronemeijer said. “It should go where it is really needed.”

Mr Kronemeijer said that as the quest for zero-carbon shipping progresses, biofuels should account for around a quarter of shipping fuels by 2050.

“Other options like ammonia, methanol and hydrogen will also emerge,” he said. “We are not saying biofuel is a solution for the entire industry but we need everything to decarbonise shipping.”

The allure of carbon offsets and transitional fuels