Classification societies face growing demands by the wider industry to provide solutions for the many pressures it faces. They have to balance that with the need to grow their business

Familiar standings emerge but competition tightens among classification societies in 2019 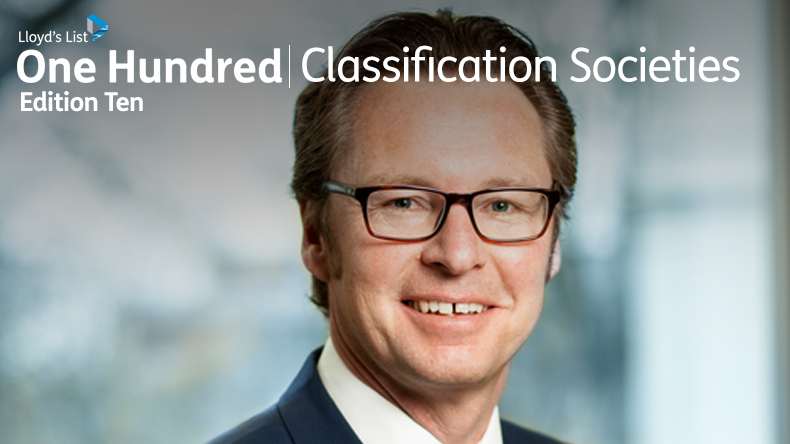 Pure dominance in the general cargo segment and leadership in unitised vessels helped it maintain its supremacy.

A research and development partnership with the Singapore Maritime and Port Authority and remotely controlled vessel trials with Fjord1 and other Norwegian stakeholders are some examples of its global reach.

It also launched remotely conducted surveys for all of its vessels and opened a new artificial intelligence research centre in Shanghai earlier this year.

In a key personnel change, it appointed Kenneth Vareide as chief executive of its digital solutions business unit.

THE biggest tanker fleet and second-largest gas tanker and unitised fleets have propelled American Bureau of Shipping to new heights as it recorded significant tonnage gains during the past year.

As incidents with hazardous cargoes on containerships persist, ABS is leading a joint venture to establish best practices for their carriage.

More in the way of business is to come. ABS signed a memorandum of understanding this year to class up to 14 Mitsui OSK Lines newbuilding gas carriers.

CLASS NK has comfortably the largest bulker fleet among its competitors, a fact that has long held true, as well as the second-largest for general cargoships.

Its fleet is also the biggest in terms of deadweight tonnage.

Apart from its sheer size, however, Class NK has been proactive on a number of issues, from providing vessels’ crew with information on potential risks associated with the 2020 sulphur cap to issuing new cyber security management system guidance.

It also recently agreed with NYK to explore condition-based maintenance through a joint research project.

THE year 2019 has been a big one for Lloyd’s Register.

The UK-based classification society grew its tonnage significantly, helped launch the landmark Poseidon Principles and the Getting to Zero Coalition, which is aiming for commercially viable zero-carbon vessels by 2030, and solidified its role as one of the leaders in decarbonisation research.

LR, where Nick Brown is marine and offshore director, has the biggest share of the gas tanker fleet and the second-biggest in bulkers.

As this year showed, there is still room for expansion. LR received recognised organisation status recognition from the Italian flag administration and will open a branch in Italy.

BUREAU Veritas grew in 2019, with a strong hold in the gas tanker, general cargo, passenger and unitised vessel segments.

This has also been an important year internally. Matthieu De Tugny, who has been with BV since 1994, took over the marine and offshore division as executive vice-president at the beginning of the 2019, with former head Phillipe Donche-Gay retiring.

CHINA Classification Society, under president Mo Jianhui, recorded the biggest relative increase in gross tonnage this year, adding more than 20% to its fleet.

It is present across various sectors, with significant shares of the bulker and unitised cargo fleets.

CCS is directly involved in autonomous shipping efforts in China, having co-launched a 771 sq km test bed for autonomous ships in Zhuhai at the end of 2018.

THE Korean Register saw a small increase in tonnage in 2019, with more than 40% of its fleet being in the bulker segment.

After rolling out electronic certificates at the very end of 2018, KR this year launched the remote surveys for its oceangoing vessels.

It has also attracted some high-profile business for certifications of Inventory of Hazardous Materials, with deals with Zearborn and Oldendorff Carriers.

Chairman and chief executive Lee Jeong-kie also concluded his term as chairman of the International Association of Classification Societies in July.

ITALY’S premier classification society continued its expansion, adding more than 10% to its tonnage in 2019.

Its leading role in the passenger segment means the organisation could have a bright future in terms of clientele as the cruise sector grows.

RINA’s expertise secured it a partner in the east, as it struck a strategic co-operation agreement with the China State Shipbuilding Corporation to offer technical advice on passenger vessel shipbuilding.

THE Russian classification society performed strongly in 2019, growing by 12%, with a solid presence in general cargo, tankers and gas tankers.

As Russian Arctic gas trade grows with the development of new projects, so likely will the Russian Register as it offers its services to vessels involved in the region.

RS class continues to be involved at the forefront of development. Konstantin Palnikov, who is the chairman and chief executive, has also chaired the IACS safety panel since 2017.

THE Indian Register may have marginally lost some tonnage this year, but its profile has grown.

IR executive chairman Arun Sharma took over as chairman of IACS in July, declaring his focus to be on data-driven policy.

Heading IACS provides a classification society the opportunity to showcase their way of thinking and exposes them to a larger audience.

IR has also been vocal in its intentions to expand this year. It got ‘recognised organisation’ status from both Malaysia and Thailand, and wants to diversify beyond the Indian flag, which currently claims the overwhelming majority of its ships.

Among other important developments, IR also signed a deal with the Shipping Corporation of India to provide emergency response services for 33 of its vessels.

The Top 10 classification societies ranking is based on gross tonnage of all types of vessels above 500 gt, of members of the International Association of Classification Societies

ABS to class up to 14 new MOL gas carriers