As head of the Office of Foreign Assets Control, Andrea Gacki presides over the implementation of Iranian and Venezuelan-related sanctions on oil and shipping. These sanctions have placed tanker shipping front and centre of global geopolitical unrest, particularly in the Strait of Hormuz

The director of OFAC merely oversees the mercurial policy whip-lashings of the Trump administration, which wields the real power 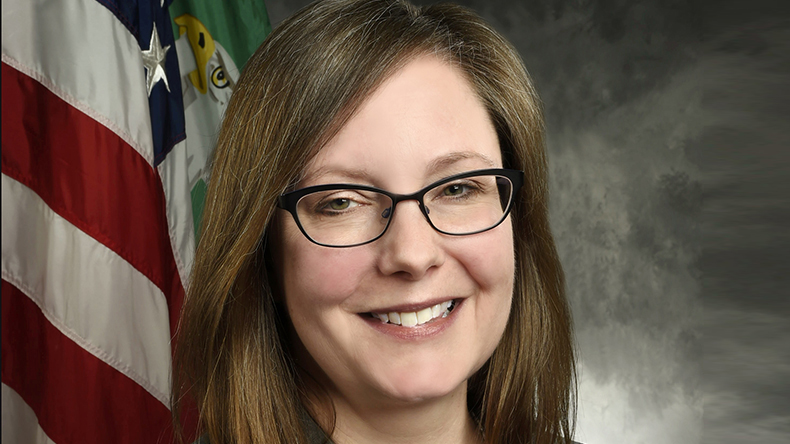 Source: OFAC Gacki: merely the monkey; the Trump administration is the organ grinder.

ALTHOUGH she merely oversees the mercurial policy whip-lashings of the Trump administration, Andrea Gacki has done more to disrupt global shipping than any other Washington DC bureaucrat in decades.

The director of the Office of Foreign Assets Control, known as OFAC, now presides over the implementation of Iranian and Venezuelan-related sanctions on oil and shipping.

These unilateral sanctions, in place throughout 2019, have placed tanker shipping front and centre of global geopolitical unrest, particularly in the Strait of Hormuz.

Sanctions have escalated tensions between Iran, the US and its Middle East allies to the highest level since the Iraq war in the early 2000s.

Against this backdrop, eight tankers were attacked in the Middle East over April and May, and one (Stena Impero — see also entry for Erik Hannel at Stena Bulk) was seized by Iran’s revolutionary guard.

Two naval coalitions — one led by the US and another by Europe — were formed after this to escort or accompany commercial ships through this crucial trade artery to protect freedom of navigation. These naval coalitions remain as we head into 2020.

However, Lloyd’s List is under no illusions that Ms Gacki at OFAC wields the real power. She is merely the monkey and the Trump administration is the organ grinder.

“Their intelligence agencies aren’t intelligent,” a UK-based, global shipping executive lamented to Lloyd’s List during a background briefing in October.

US agencies that do understand shipping have signalled embarrassment at how this ignorance has impacted the industry, he said.

Contracts have been redrawn or ended, clauses inserted and accounts circumvented to prevent falling foul of OFAC.

On the water, a subterfuge fleet of vessels has formed this year and is now plying the seas between Venezuela and Asia, and Iran and Asia. These new logistics chains emerged to disguise the origin and destination of sanctioned ships and cargo.

If proof was needed of the OFAC effect, it came in October, when the Treasury department sanctioned two subsidiaries of China’s Cosco for breaching Iranian sanctions.

The tanker market exploded as charterers struggled to digest just which tankers from the world’s largest shipowner could be sidelined. Headline figures emerged of vessels chartered at crazy numbers of $300,000 daily amid the frenzy.

Over the year, shipping patterns have been redistributed to accommodate US import bans on Venezuelan crude.

There is no doubt that if or when OFAC removes or tightens shipping restrictions further, waves of market upheaval will lap at the shores of shipowners, charterers and their suppliers wherever they are based around the world.

This is Ms Gacki's first appearance in the Top 100.