Amid a complex international environment and demanding tasks of reform and development, Dai Houliang has led the major Chinese oil company through a tough and volatile year in the energy and shipping markets 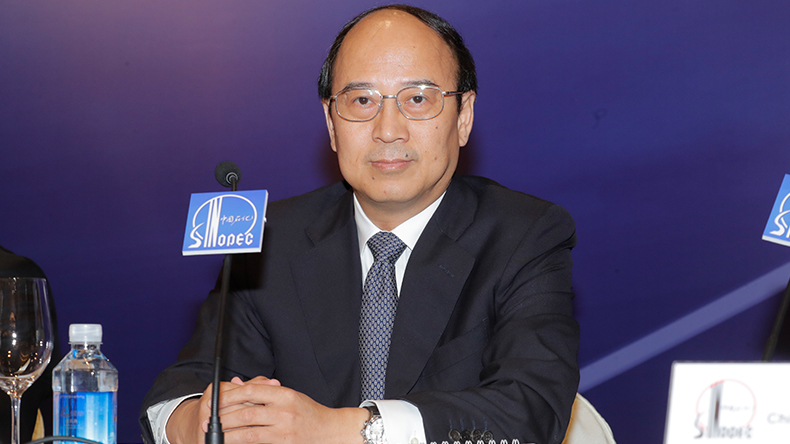 AFTER more than a year in the job, Sinopec Group chairman Dai Houliang has amply shown that he has what it takes to lead the major Chinese oil company forward as he took it through a tough and volatile year in the energy and shipping markets.

“Faced with complex international environments and demanding tasks of reform and development, we stuck to our four-pronged strategies and implemented the 'reform, management, innovation and development' working principle,” Mr Dai said.

The industry veteran and senior engineer has shown he not only has the technical knowledge but also the business acumen to lead the group through the massive market changes ahead of IMO 2020, as well as extremely volatile geopolitics and global trading conditions.

Sinopec was among those quick off the mark to produce low-sulphur fuel oil, declaring in June that it would produce 10m tonnes of LSFO in 2020 to supply the global market, increasing to 15m tonnes by 2023.

Not only did it get production right, but Sinopec has also been working on marketing, announcing it would supply LSFO at Zhoushan and other major China ports, while also establishing supply capabilities at more than 50 key international ports, including the major bunkering centre of Singapore.

Mr Dai has shown astuteness in taking advantage of opportunities, sealing a rash of deals with Russian companies on a trip with Chinese President Xi Jinping to Moscow.

On the petrochemicals side, he led Sinopec into the signing of an investment agreement for the Amur Gas Chemical Complex of Sibur Holding — in which Sinopec is a strategic investor — in Moscow, which will see the Chinese group taking a 40% stake.

“Leveraging our best practices and advantages, we are committed to making this partnership represent regional energy co-operation in the downstream petrochemical sector," he said at the signing in Moscow.

On the gas side, Sinopec, Novatek and Gazprombank are establishing a joint venture for natural gas trading in China.

Meanwhile, Sinopec has also stepped in to perform some national service duties, such as helping to develop the China-led Sri Lanka port of Hambantota’s ambitions to be a bunkering centre.

And Mr Dai closed off the year by “securing a decisive victory in building an all-round sustainable company”.