The group led by the Higaki family still dominates Japanese shipbuilding and has consolidated its strength this year after previous acquisitions and expansion. Competition is tougher now, however, and comes from new areas such as ship leasing companies

As chairman and president, respectively, the father and son team head one of the few Japanese yards that have not ventured overseas 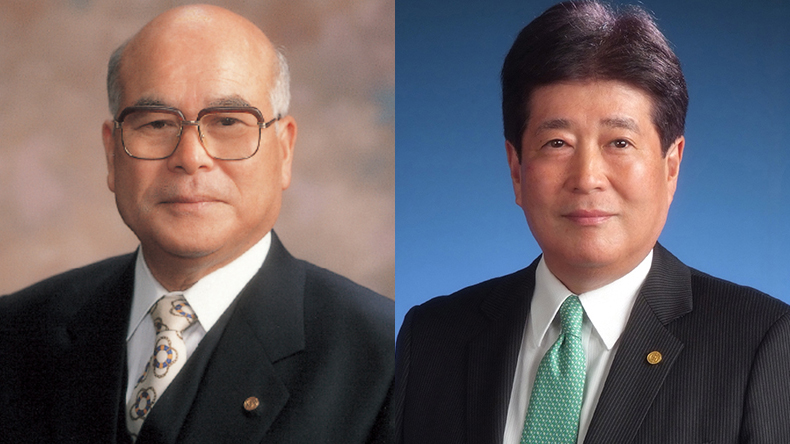 THE shipbuilding industry continues to face hard times. Despite its strong heritage and sound management, Japan’s Imabari Group — and the Higaki family that runs it — is not immune to broader global trends.

Set against a backdrop of the rising prominence of Chinese ship-leasing companies and their relationship with mainland yards, as well as the growing trade tensions and an increasingly protectionist environment, Imabari, as one of the few Japanese yards that have not ventured overseas, has found itself somewhat at odds.

While it consolidates its strength after a deal to acquire a majority stake in Minaminippon Shipbuilding and the commissioning of a new dock in 2017, Imabari also needs to react to the effect of turbulence in the Japanese shipping sector as Mitsui E&S Holdings, from which it bought the stake, restructures amid job cuts.

A major megaboxship order from Evergreen that had been widely speculated would go to Imabari and its shipowning arm Shoei Kisen Kaisha instead went to South Korean and Chinese competitors, reportedly due to financing from large bank-backed Chinese leasing houses.

Even Imabari’s domestic competitors, such as Tsuneishi Shipbuilding and Kawasaki Heavy Industries, have set up joint ventures in China.

Meanwhile, Mitsui, while cutting down in Japan, has set up a joint venture with China’s Yanzijiang Shipbuilding to better compete against South Korea’s dominance in liquefied natural gas-related ships.

On the competition with South Korea, tensions over state subsidies to the shipbuilding industry have not eased after Japan took the case to the World Trade Organization.

Imabari continues to dedicate resources to research and development, product quality and performance, the traditional hallmarks of Japanese shipbuilding, along with some of the world’s highest efficiency and productivity standards.

The group remains the biggest and most dominant shipyard in Japan, single-handedly accounting for almost double-digit market share globally.

“Our management philosophy of ‘growing together with shipowners’ has forged strong links spanning the world's oceans, with over 2,550 ships delivered,” he said.

No doubt there has been a place for this in the past. The “Japanese-built” tag still carries a significant premium in some sale and purchase circles, particularly in the minor bulks market. In August, Imabari delivered the 200th of its I-Star series of ultramaxes.

However, as the world evolves, it remains to be seen whether this will persist into the future.

Mr Higaki’s assertion that Imabari will continue to put “high-quality, high-volume, eco-friendly and safe ocean transport first, with our sophisticated experience as a shipbuilding-oriented company” reflects the high ideals of the company, which is more than a century old.

Sadly, however, such idealism may not be enough anymore.

Yard Talk | Another rough year ahead?

Fleet expansion an option for OOCL after LBCT sale

Belships adds to fleet with newbuilding