Captain Akhilesh Kumar, the master of the world’s most tracked tanker, Grace 1, resisted millions of dollars offered by the Trump administration to sail the tanker and its cargo of Iranian crude to a US-friendly destination for arrest 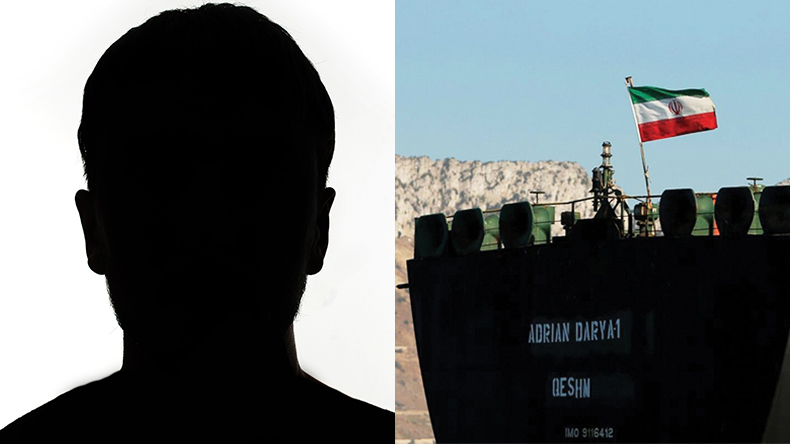 Kumar: acquiescence to US demands over Grace 1 (right, later renamed Adrian Darya 1) could have changed the direction of the Iran-US dispute.

THE email read as if written by a Nigerian scammer: “This is Brian Hook…I work for secretary of state Mike Pompeo and serve as the US representative for Iran. I am writing with good news...”

However, this email was for real. In one of the most bizarre sub-plots of the Grace 1 story, the US government directly contacted the master, luring him with millions of dollars to betray his Iranian employers.

As Capt Kumar sailed the tanker from Gibraltar, the US State Department confirmed its contact.

The email offered money in exchange for the tanker and its cargo of 2.1m barrels of Iranian crude sailing to a US-friendly destination within the Mediterranean where it could be arrested.

The VLCC became the world’s most closely watched tanker as the master — no doubt under extreme pressure — zig-zagged the ship around the Mediterranean, for reasons only he or his Iranian owners can ever reveal.

Grace 1, later renamed Adrian Darya 1, gained notoriety and garnered world headlines when it was impounded on July 4 in Gibraltar en route to shipping Iranian crude to a Syrian refinery in breach of EU sanctions.

After the US failed in a last-minute court action to block and seize the tanker upon its release six weeks later, the State Department revealed its unsuccessful communication with the master.

For his professionalism and loyalty, Capt Kumar was promptly blacklisted by the US Treasury Department. It is not the first time crew have been caught in the crosshairs of geopolitical tussles between countries.

However, given the fact that Capt Kumar’s acquiescence to US demands could have changed the entire direction of the Iran-US dispute, he props up our rankings at number 100.

This is Capt Kumar's first appearance in the Top 100.

Iranian tanker leaves Gibraltar after US legal move is rejected