The Greek owner has shown his penchant for calculated risks over the past few years, with speculative orders and exploring charters for the vessels 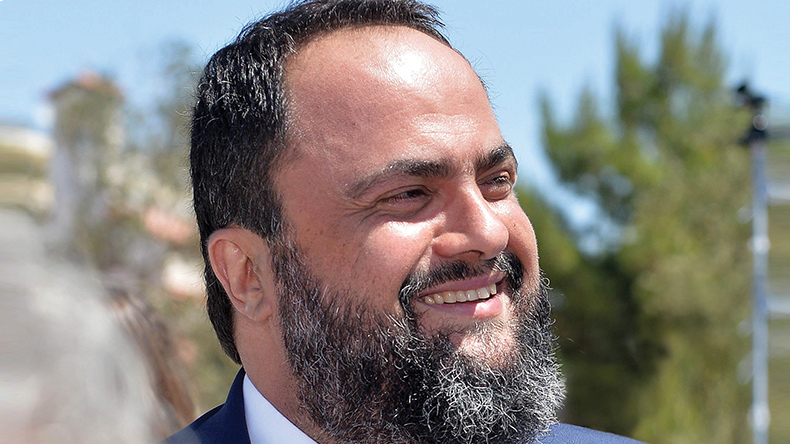 Marinakis: shown he has a gift for timing, which is key in investments.

TWO decades after taking the reins of a modest family shipping business upon the death of his father, Evangelos Marinakis is firmly established as one of the most dynamic players in shipping worldwide.

That status will be underscored heavily if a landmark project for up to 10 very large crude carriers fuelled by liquefied natural gas, which was reported by Lloyd’s List in September 2019, becomes a firm contract.

It would be the first multi-ship order of dual-fuelled VLCCs, but at the time of publication, the project remained stuck at the stage of a letter of intent exchanged between his Capital Maritime group and Hyundai Heavy Industries.

Although commentators have weighed in on the need for long-term charters by oil majors to embolden an owner to order LNG-fuelled tankers at considerable extra cost, that is not necessarily a deal-breaker for Mr Marinakis.

The past few years have shown his penchant for calculated risks with speculative orders and later exploring charters for the vessels. Timing is key in such investments and, so far, the Greek owner has shown a gift for it.

For a recent prior example, look only as far back as late 2018, when newly formed Capital Gas made its debut order for four 174,000 cu m X-DF LNG carriers from HHI, with options for up to six more.

So far, the total stands at seven LNG carriers ordered for 2020-21 delivery, of which three have already been chartered by BP for up to 12 years.

According to insiders at Capital, investment decisions are driven by opportunistic considerations, while there is an underlying belief in the value of diversity and, as a strategy, establishing a large enough footprint in the target shipping segment to have flexibility and provide service.

All those aspects were evident in Mr Marinakis’ first major signature move as an owner when he ordered 16 medium range tankers in South Korea at an early stage of the super-cycle, when building prices were still low.

The fleet enabled the group to launch Capital Product Partners on Nasdaq in 2007. In 2019, the public company’s tanker business was spun off in a merger with DSS Holdings to create Diamond S Shipping.

The transaction, valued at $1.65bn, left Capital Product with a fleet consisting predominantly of modern container vessels and the challenge of rebuilding scale.

Mr Marinakis, who earned one of the largest premiums ever paid in a shipping mergers and acquisitions deal, was left with an estimated 5% of the combined company of 68 tankers.

Outside shipping, the owner is known for his philanthropic activities, his active involvement with Piraeus City Council, owning one of Greece’s largest media empires and his football interests, as owner of Greek champions Olympiacos and historic English club Nottingham Forest, acquired in 2017.

After UK floods forced postponement of a match in October, the Greek owner ordered 3,000 food parcels to be distributed to the homeless in the Nottingham area.

“Other activities come from a desire to contribute for the common good,” says senior Capital Group executive Jerry Kalogiratos.

“They are small investments compared with shipping and have had very little impact on the shipping business. Vangelis feels that shipping is very much his core activity.”