Ship finance lifer Michael Parker celebrates a marquee year after promotion to top of the tree at Citi, and has also been notable for his role in designing and advocating the Poseidon Principles 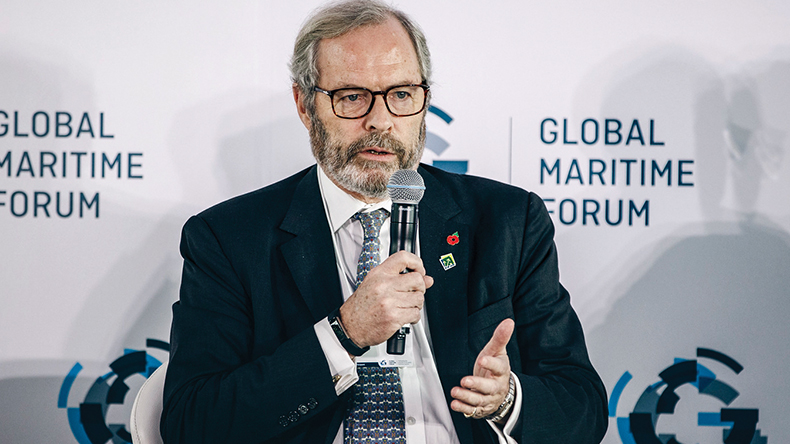 Source: Global Maritime Forum Parker: quite willing to be outspoken when he feels the topic demands it.

INDUSTRY veteran Michael Parker has been a long-term fixture in ship finance at Citigroup, one of the few banks still lending money to shipping on any significant scale. He also sits on the Lloyd’s List Editorial Board.

So it is quite surprising that this marks the first time he has received an individual profile in our Top 100 rankings.

However, the past 12 months have been a landmark year for Mr Parker, a Brit who signed up with US bank Citi on graduation in 1977 and who has stayed there ever since.

That includes promotion to chairman of its shipping and logistics division, with the extremely capable Shreyas Chipalkatty stepping up into his old job as global head of shipping.

Part of his new brief will be to focus on the top bank’s environmental criteria for lending to the sector.

That is fitting, too, because Mr Parker is a key architect of the Poseidon Principles, a set of lending criteria unveiled by 11 banks in June, which make decarbonisation a central concern when considering loans to shipping companies.

He is also a frequent speaker on the shipping conference circuit and is quite willing to be outspoken when he feels the topic demands it.

For instance, he told a London International Shipping Week meeting — organised expressly to sing the praises of the UK as a one-stop shop for maritime services — that no British bank is currently lending to shipping, following the withdrawals of RBS and Lloyds.

“Frankly, British banks were no good at shipping. They lost a lot of money and it wasn’t very important to them,” he added.

Fortunately, all is not lost. London can claw back ground by looking to digitalisation, innovation and technology and by emulating the Oslo bond market’s example in proving finance for small and medium-sized companies.

This is Mr Parker's first appearance in the Top 100.