Eagle Bulk Shipping has stayed the course under Gary Vogel's leadership, modernising its fleet and seeking to capitalise on an expected widening in fuel price spreads by opting for scrubber installations 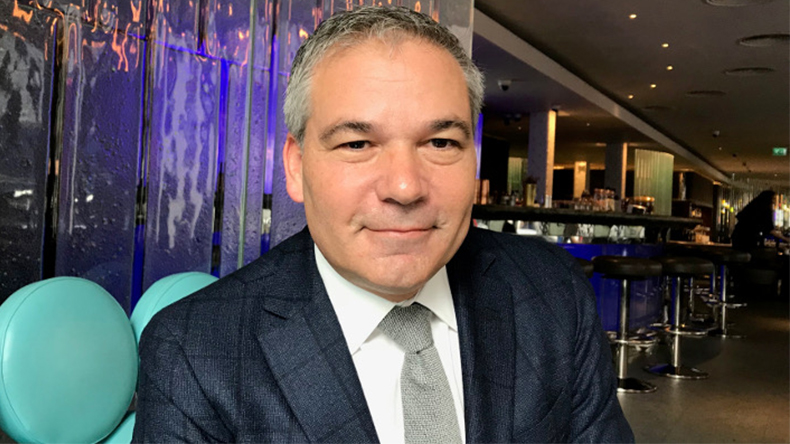 Vogel: strategy to modernise the fleet and keep the age down.

GARY Vogel has stuck to the plan he laid out for Eagle Bulk Shipping when taking the helm in September 2015.

The chief executive has set out to modernise the firm’s operating fleet as part of his objective to transform the dry bulk player into a more active owner-operator.

Eagle Bulk Shipping has been actively acquiring newer ships from the market while concurrently divesting its fleet of older vessels.

As of early November, this was still an ongoing exercise. Mr Vogel pointed to the intent to retire eight more ships that are more than 14 years old, as part of the continuing efforts to lower the age profile of the fleet.

The pure dry bulk play has also made use of the opportunity offered by its fleet renewal exercise to invest in newbuilds fitted with scrubbers.

It has tapped the bond market to fund the acquisition of half a dozen ultramax bulk carriers.

By early October, it had taken delivery of four newbuilds from China’s Jiangsu New Hantong Ship Heavy Industry Co, all of which came pre-installed with scrubbers.

It also has on order scrubbers for the remaining two carriers, which were scheduled for delivery in the final quarter of this year.

“We believe the fuel [price] spread between high-sulphur fuel oil and the new compliant fuels will most likely be the widest during the early days following the implementation of the new IMO 2020 regulations,” he said during the March quarter results briefing.

“Having scrubbers fitted prior to January 1 will eliminate the need for tank cleaning and switching over [and back] to compliant fuels with later installations.”

Eagle Bulk Shipping has since experienced some delays at the yards, which will see three planned scrubber installations completed in January and three others by March.

However, it would have 35 operational scrubbers on its fleet by year-end.