The Italian ferry, ro-ro and containership operator has been pushing environmental credentials as it seeks to lower emissions; it has also called for stronger regulation after suffering two major fires this year

Family whose influence is felt through a range of different shipping activities has been active in two key areas this year: the environment and safety 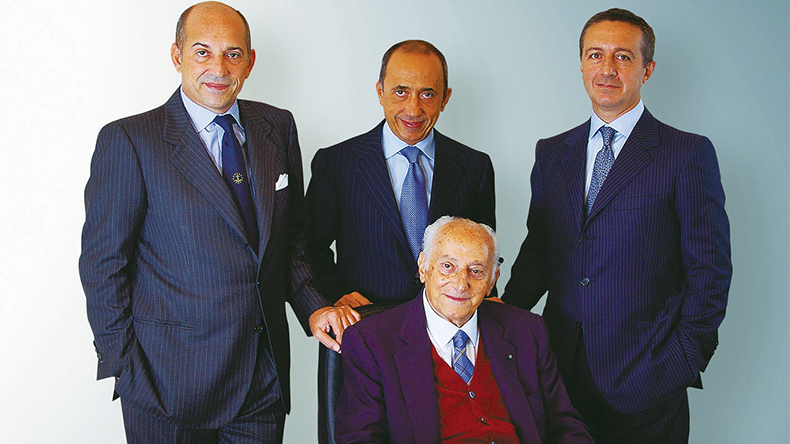 THE Grimaldi family’s influence is felt through its wide involvement in a range of different shipping activities, from ro-ro and container shipping through to terminal operations and multimodal services.

The Grimaldi Group, run by Gianluca and Emanuele Grimaldi, sons of founder Guido Grimalidi, and their brother in law Diego Pacella has also been active in two key areas this year: the environment and safety.

The safety angle follows fires on two of its vessels, the ro-ro Grande America, which was lost in the Bay of Biscay and Grande Europa, another ro-ro to suffer from a fire breaking out in the cars it was carrying.

On the back of these incidents, Grimaldi has urged regulators to toughen up rules for ro-ro and container cargoes.

It appealed for the introduction of “more stringent controls and regulations on cargo sea transport, not only for rolling units but also for containers”.

A container was blamed for starting the catastrophic blaze on Grande America.

For rolling freight, the group asked specifically for greater controls on car batteries, which “often” caused short-circuits on vessels.

With regard to secondhand vehicles embarked on ro-ros, Grimaldi called for a “total prohibition” of personal effects left in the vehicle.

Meanwhile, the group has also been active in improving the environmental impact of its activities.

This year, it became the first Italian company to sign up to the Sustainable Actions for Innovative and Low-impact Shipping charter, launched in July by French shipowners’ association Armateurs de France.

The charter allows companies operating in maritime transport to formalise and pursue their commitments to protect the environment.

Grimaldi said that in joining the Sails charter, it was undertaking to decrease atmospheric pollutant and greenhouse gas emissions, reduce the underwater noise impact of ships, optimise its ships’ energy performance, and fight invasive species.

“We have always deemed it essential to promote and adopt good practices in maritime transport for the protection of the marine and coastal environment,” said Gianluca Grimaldi.

The company has invested heavily in environmental improvements to its fleet over the past few years.

The new ships are part of a $2bn newbuilding and fleet upgrade programme that will include ro-ro ships of revolutionary design, with zero emissions in port, featuring battery and solar technology to reduce emissions and save on fuel.

The company says it is already on track for its goal of halving CO2 emissions by 2050.

Grimaldi signs up to environmental charter