While there is no change at the top, with Panama leading the pack, the most notable difference to last year's report has been Liberia's rise to second place, overtaking the Marshall Islands, in terms of gross tonnage

Although Panama leads our Top 10 flag states list for 2019 by about 53m gross tonnes, the difference between the second and third spots is some 8.8m gt, mainly due to the offshore sector's tonnage 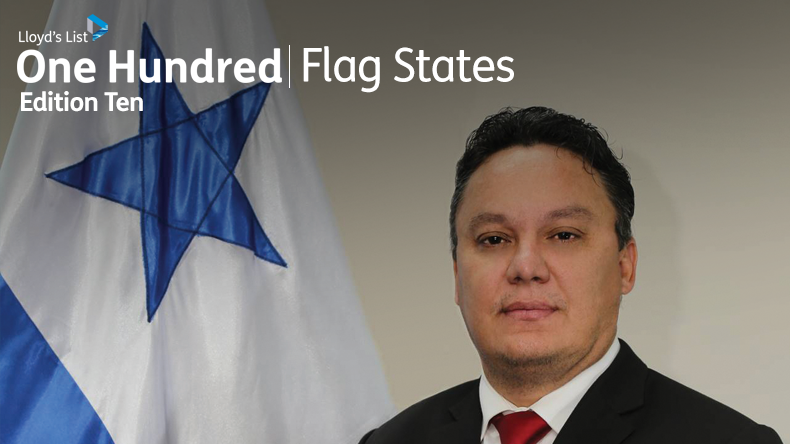 PANAMA remains at the top of the list, with the most tonnage and number of vessels registered with the flag, by a long stretch.

It has 225m gross tonnes registered, which is 53m gt ahead of the second-place holder.

Panama has 9,367 vessels flying its flag, some 4,486 ships ahead of China, the next-biggest in terms of number of vessels.

It has 333m deadweight tonnes registered, well ahead of the rest of the list.

Rafael Cigarruista is the new general director of merchant marine at the Panama Maritime Authority, taking over the role from Fernando Solorzano in early July.

Mr Cigarruista, who is a former seafarer and marine casualty investigator, is working to build up the flag's data collection in order to be more analytical.

It aims to improve the number of very serious casualty investigation reports that are published, while elevating the quality of the reports prepared and completed.

He hopes the registry will be much more active on the topic and may present its findings to the International Maritime Organization in 2020.

FOLLOWING the departure of chief executive Scott Bergeron earlier in the year, the Liberian registry adopted a new organisational structure, with the chief operating officer holding the top position.

Alfonso Castillero, who is effectively leading the flag, can boast leaping ahead of the Marshall Islands this year — by some 8.8m gross tonnes as of the end of October, according to Lloyd’s List Intelligence data.

He has been vocal in wanting a review of the IMO’s casualty code, and will take up the matter with the 174-member group if he has the backing of other flag states.

Mr Castillero, who is Panamanian and has a degree in naval engineering, spent about four years at sea, before becoming a casualty inspector.

He moved to the Liberian flag in 2014 after several years at the Panama Maritime Authority.

EVEN though the Marshall Islands has moved one place down in this year’s ranking versus 2018, its president William Gallagher, who will have been in the role for 20 years come January 1, says his biggest achievement during his tenure has been breaking up the monopoly of the top two flags.

The Marshall Islands, which has 163m gt registered with it, has been jockeying with Liberia for the second and third positions for some years now, with offshore vessels the deciding factor. says Mr Gallagher, who is better known in the industry as Bill.

Quality remains at the core of the flag, stressed Mr Gallagher, who joined the registry at the age of 28. As an example, it has maintained the US Coast Guard's Qualship 21 status for 15 years in a row.

A highlight for the year was the Republic of the Marshall Islands being removed from the European Union's list of non-co-operative jurisdictions for tax purposes.

WHILE Hong Kong has maintained its ranking since last year as the fourth-largest flag by gross tonnes, at 128m gt, it has a new director of marine, Agnes Wong, who took over in mid-May from Maisie Cheng.

The large gap between its tonnage and that of Singapore, ranked fifth with almost 98m gt, will ensure it maintains its position over the coming year.

However, Hong Kong has 2,255 fewer vessels than its closest rival.

The growth has come from crude tanker and ore carrier segments, it said, adding it has maintained a high-quality standard of its fleet.

In order to enhance its services, it is setting up regional offices in London, Singapore and Shanghai in 2020 to offer "prompt and direct technical support" to its owners and operators.

Over the year, it has been involved in safety-related drills, including testing marine pollution responses.

AS with many of the top flags, the Maritime and Port Authority of Singapore has a new chief executive in the form of Quah Ley Hoon, who replaced Andrew Tan in January.

She has been actively engaging with the industry and has been speaking at several events through the year, including one on training.

Ms Hoon, who has thanked shipowners for allowing the flag to surpass 95m gt, is aiming to position the port and registry beyond 2020, by embracing digitalisation and new technologies such as LNG bunkering.

She has also been focusing on decarbonisation efforts and will reward owners and operators with green certificates.

Other initiatives include strengthening collaboration on cyber resilience and response.

THE Malta Ship Registry has grown exponentially to become the largest in Europe.

Its general registrar Ivan Sammut — who has 20 years of experience in the international maritime industry — has, for the past nine years, been entrusted to regulate, control and administer all matters related to ship and yacht registration.

He has been overseeing the flag's technical performance with regards to safety and pollution prevention; and has also been involved with seafarer training and employment.

In October, it opened a ship registry office in Greece to build on its history of success with Greek shipowners. Lloyd's List understands that Greek-owned tonnage accounts for about 40% of the fleet.

French container line CMA CGM is understood to have joined its ranks earlier in the year.

BAHAMAS is the largest flag for the passengership/cruise sector, which aligns with Bahamas as a brand.

While the flag had slow growth this year, maintaining the same position as in 2018, it continued to attract and retain quality shipowners who share its values in terms of innovation and progressive thinking, its chief executive Dwain Hutchinson said.

It also has a large presence in the tankers and gas sectors, and recently opened an office in Japan to maintain market share in Asia.

The flag, which has backing from the government of Bahamas, would like to grow but without having to compromise on its quality standards.

“Owners continue to have confidence in our expertise,” Capt Hutchinson said, adding that it received Qualship 21 for a seventh year and is ranked second in Paris MoU's white list.

It had 24 detentions last year and, as of November 11, 2019, it had 22 — although four were successfully challenged, Capt Hutchinson said.

THE Chinese flag has grown steadily throughout the year.

The administration announced a new director in January, Cao Desheng, who has held various roles, including director of China Transport Telecommunications and Information Center and deputy director of the Waterway Transportation Bureau in the Ministry of Transport.

In September, Mr Desheng signed a memorandum of understanding with the Port Authority of Singapore to promote the bilateral use and recognition of electronic certificates in shipping.

GREECE is the second-biggest flag in Europe, with 40.3m gt, and 1,545 commercial vessels.

Despite an increasing Greek-owned fleet, the Greek registry, headed by director for shipping Agisilaos A. Anastasakos, has seen a steady decline.

The drop was cited as “a concern” for the new government, which took office earlier in the year.

It aimed to “immediately” halt the flight of Greek-owned tonnage to other flags, such as Malta, which has managed to attain first place among EU flags. It only has half the tonnage of Malta, Lloyd's List Intelligence data shows.

The country's new shipping minister aims to offer a “friendlier” legal and tax regime for shipping companies to make Greece an attractive destination for other shipowners and managers.

ALTHOUGH Japan has grown in size, it maintains its ranking since last year at number 10 in the Top 10 list.

It has grown to almost 30m gt, up from 27m gt last year, according to Lloyd's List Intelligence.

The Top 10 flag states ranking is based on gross tonnage data supplied by Lloyd’s List Intelligence; all vessel types above 500 gt are included in the data