Free to read: Livanos calls on LNG owners to cut back on newbuilds | Gard turns losses around | Exclusive interview with George Economou | Reprieve for Cosco tankers may unnerve some investors 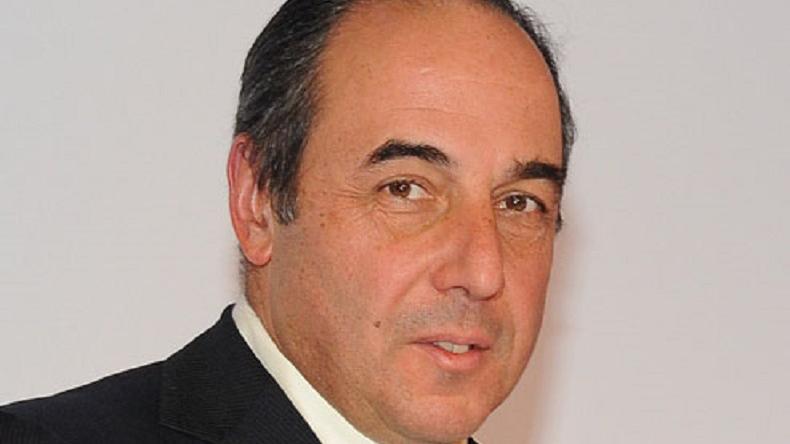 
The IMO’s 2050 decarbonisation targets are already causing headaches for the LNG sector, where assets have a lifespan that will outlive the mid-century mark. Greek shipowner Peter Livanos warns that LNG newbuilds will be obsolete by 2050. This makes it difficult for owners to calculate their depreciation trajectory.

Gard has bucked the loss-making trend among International Group affiliates with a positive first-half result of $65m. It will not be seeking increased rates next year.

Greek shipping magnate George Economou has just taken his signature Nasdaq-listed company DryShips private after 15 roller-coaster years. A good moment to take stock of a flamboyant career, but while opening up on past moves Mr Economou’s attention is still relentlessly on the future.


Precious Shipping chief executive Khalid Hashim says the cost of regulations will keep a check on vessel supply, boosting freight rates for the handysize and supramax segment in the coming year.

Greek shipowning tycoon Ioannis Prokopiou has hit out again at the use of exhaust gas scrubbers, claiming the 2020 regulation has pushed owners to speculate on fuel price differentials. He also called for measures mandating greenhouse gas emissions per tonne cargo transported.

Shipping has been vocal on its inability to meet the current minimum 2050 reduction targets of greenhouse gas emissions, without new technologies. But that minimum 50% target will be revised to 100%, according to former energy ambassador Dinos Arcoumanis.

Signs that the US and China are moving closer to reaching a trade deal gives hope to state giant Cosco Shipping that its tanker units may be taken off the US sanction blacklist. But it might not be good news for some listed tanker companies’ investors, writes Cichen Shen.

The Lloyd’s List Podcast: We are in Shanghai this week, where President Xi Jinping has been leading the discussions around trade policy and Chinese shipping giant Cosco has been talking up the value of a multi-lateral, value-added approach to supply chains. Joining Lloyd’s List Editor Richard Meade to discuss everything from trade policy and Trump bashing to Chinese leasing and why cargo interests are leapfrogging shipowners in news deals are China Editor Cichen Shen and special guest Bill Guo, executive director of leasing giant ICBC.

From the News Desk: Our regular round-up of the stories behind the headlines this week comes to you from Shanghai, where President Xi Jinping has been talking trade, Cosco’s Xu Lirong has been trumpeting the benefits of collaboration and the Chinese leasing giants have been looking at skipping shipowners altogether and focusing on the cargo interests.


There will be enough product available globally for shipping companies to comply with the 2020 sulphur cap, Minerva Bunkering chief executive Tyler Baron said. But added costs and different quality of the fuels adds a certain degree of complexity. Amidst these uncertainties, he also expects trading credit to be squeezed during the transition to 2020.

Smaller logistics businesses have good regional market knowledge, but they risk getting left behind as the industry becomes more digitalised. The catch is that they often do not have the resources to invest in order to keep up.


Port of Los Angeles handled fewer containers of imported and exported goods in October as the US trade war with China affected global supply chains.

The UK has lowered its risk assessment for UK-flagged ships transiting the Strait of Hormuz.

All 18 crew members on board a vessel have been safely evacuated after a Japanese-owned chemical tanker caught fire near Horsburgh Lighthouse in the eastern Singapore Strait on Thursday afternoon.

Scorpio Tankers, a US-listed owner, is bullish about the prospects for the sector in the future, with chief executive Emanuele Lauro saying he could not have anticipated just how strong the market became in the third quarter.

Norway’s accident investigation board has published its report into a collision between one of its naval vessels and a tanker.

The Union of Greek Shipowners has called for urgent action to prevent attacks on merchant shipping in the Gulf of Guinea, which has become the most dangerous region worldwide for seafarer kidnappings.

Pangaea Logistics Solutions, which owns and operates a fleet of bulk carriers, is selling two of its older vessels as it unveiled another set of strong third-quarter results.