A few weeks ago Teekay revealed that its Arctic LNG joint venture with China LNG was indirectly affected by US sanctions on Cosco. Novatek, the company these ships are meant to service, revealed today that the JV does not face that problem any more 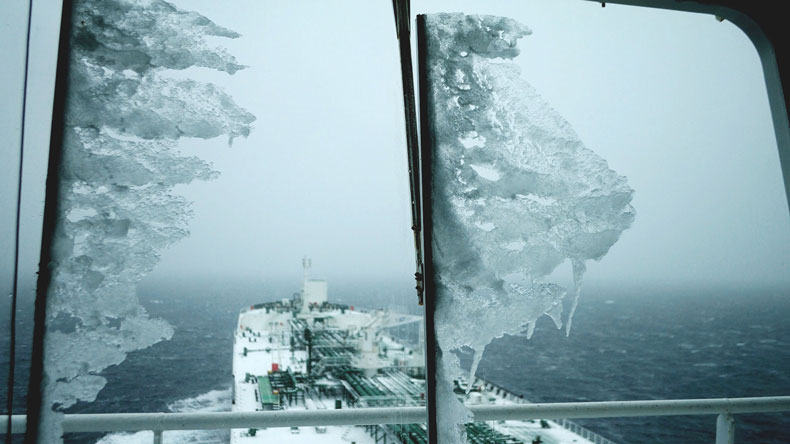 Able to traverse the Arctic, the six 172,000 cu m LNG carriers are tied to the Yamal LNG facility until at least 2045.

SIX ice-classed liquefied natural gas carriers owned by Teekay LNG and China LNG that have been caught up in US sanctions against Cosco are now free of legal troubles.

TC LNG, the joint venture between Teekay and CLNG that owns the six 172,000 cu m ice-classed LNG carriers, notified Yamal LNG, the Russian Arctic LNG exporting facility that Russian gas giant Novatek operates, that these six ships that are meant to service it are no longer considered “blocked” entities by the US Office of Foreign Asset Control, Novatek said in a statement.

TC LNG had been caught out in the fallout from US sanctions on Cosco tanker companies imposed in late September. CLNG is co-owned by one of these sanctioned companies therefore making assets controlled by CLNG “blocked” under terminology used by the Office of Foreign Assets Control, effectively sanctioning them as well.

Teekay announced on Tuesday that Cosco Energy Transportation, whose two subsidiaries were the ones been sanctioned by the US, has “completed an ownership restructuring on arm’s-length terms which has resulted in CLNG no longer being classified as a “blocked person”.

Teekay LNG Partners’ stock had risen by 17% on the New York Stock Exchange from the opening price on Tuesday to $15.59 as of 12:05 hrs US eastern time.

The parent company, Teekay Corporation, also saw its stock on the NYSE jump from opening price by around 17% to $5.03.

All six of the vessels are committed to servicing the Yamal LNG project until at least 2045.

Four of the six ice-classed tankers are already in operation, while the fifth, Georgiy Ushakov, left DSME in South Korea in September and is currently in the Russian Arctic destined for the Norwegian port of Kirkenes, according to Lloyd’s List Intelligence.

A few weeks ago, a senior Novatek official had said that the company was considering setting up LNG transhipment hubs in Norway and elsewhere in Russia to deal with the fact that the LNG carriers were caught up with the sanctions.

Novatek did not immediately respond to requests for comment on this matter.

US authorises Plaquemines LNG for exports