DNV GL thinking said to be too ‘fossil-centric’

DNV GL’s recent outlook papers on maritime and energy issue reflect ‘fossil-centric thinking’ and are too optimistic about likely industry uptake of LNG as a fuel, according to an academic who was one of the key architects of the Poseidon Principles

Nobody has engaged their brain on the IMO 2050 emissions targets, and shipping’s challenge is a very steep one, argues Dr Tristan Smith of University College London energy think tank 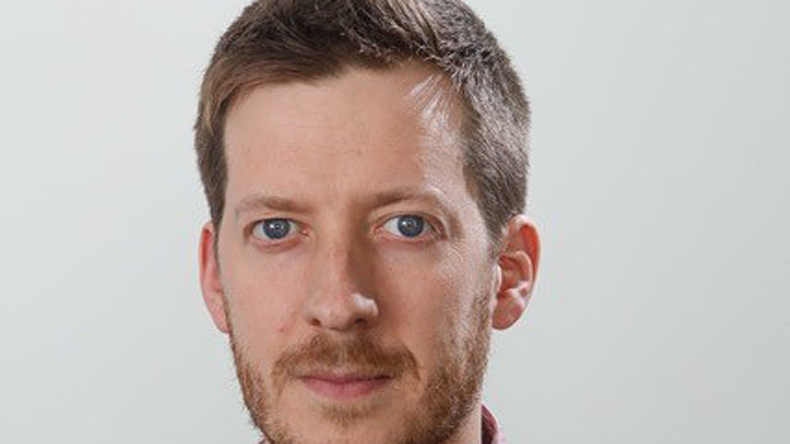 Smith: Shipping’s challenge is a very steep one, even though it sounds mild.

DNV GL’s recent outlook papers on maritime and energy issues reflect “fossil-centric thinking” and are too optimistic about likely industry uptake of LNG as a fuel, according to one of the key architects of the Poseidon Principles.

The claims from Dr Tristan Smith, associate professor in energy and transport at University College London, have been rejected by the classification society, which said that its model was probability-based and not for or against any specific fuel policy.

Dr Smith said outright denial of climate change has all but disappeared over the past few years. However, government and corporate responses have seen a marked degree of cognitive dissonance.

The Intergovernmental Panel on Climate Change is now arguing that global warming should be held to 1.5°C, rather than the 2°C that previously commanded widespread support.

However, confirmation bias means that many companies still cling to “the old 2.0 degree world,” he told a conference at the International Maritime Organization in London.

He singled out DNV GL’s Energy Transition Outlook 2019 and Maritime Forecast to 2050 reports from the platform, insisting that they were built on “a lot of fossil-centric thinking with shaky science”.

The documents are fundamentally opposed to the current consensus, he told the audience. His argument is that businesses must grasp the scale of the impending tasks.

IMO proposals to cut emissions by half by 2050 offer important guidelines, but Dr Smith averred that “nobody has quite engaged their brain on what it means for them … Shipping’s challenge is a very steep one, even though it sounds mild.”

Under the Poseidon Principles, which Dr Smith helped to devise, banks are starting to use access to capital to enforce behaviour compliant with the climate agenda. Charterers will soon be applying similar pressure, he maintained.

In an interview with Lloyd’s List during a subsequent coffee break, Dr Smith said that the DNV GL reports implied an increase in global temperature in excess of 2°C.

“It is a narrative built around an assumption that we aren’t going to succeed in hitting the Paris Agreement target, and I think that needs to be made very clear as the basis for the following logic,” he said. “That’s why it’s fossil-centric. It kind of assumes that the [shipping] industry globally is not going to change in line with the political commitments made by governments.”

Shipping needs good-quality information to assess how it going to achieve energy transition, rather than shrugging its shoulders and basing its strategy on the premise that success is impossible.

“Part of that challenge is a mindset challenge, we have a self-fulfilling prophecy problem. If we all tell ourselves it’s too difficult, of course we’ll fail,” said Dr Smith. “If we just change it round to saying, ‘OK, what do we need to do’, you might have a very different commercial response, because people would… say, ‘Now I understand what I need to do’.”

DNV GL’s contention is that a high take-up of LNG and other alternative fuels will go a long way to make shipping meet the IMO’s goals.

But UCL’s research questions the idea that biogas and LNG are viable long-term alternatives, on the grounds of expense and volume availability.

He also questioned the assumption of very low demand growth, and maintained that the studies neither took account of upstream emissions nor looked at methane slip in a consistent manner.

“They make selective assumptions, which when you put them all together… justify choices which DNV GL have been saying for ages is going to be the solution.”

“The Energy Transition Outlook is DNV GL’s best estimate of the energy future to 2050. We are not advocating for this future, but without significant additional policy intervention, this is the most likely path according to our model-based analysis.

“We have been working with the shipping industry for more than 150 years and our exposure to fossil and renewable energy is approximately equal. Therefore, it is prudent for DNV GL to create this independent view of the energy transition.”

About 40% of DNV GL stakeholders estimate that the transition will be faster than the class society’s forecast, about 40% estimate that it will be slower, and 20% that the prediction is right, said Prof Bakken.

Climate agenda will end shipping ‘as you know it’, warns Citi banker

Is IMO 2020 the final nail in the conventional coffin?