Rodolphe Saadé is now firmly in the driving seat at the French group, following the death of his father Jacques in 2018 and subsequent retirement of his uncle, Farid Salem 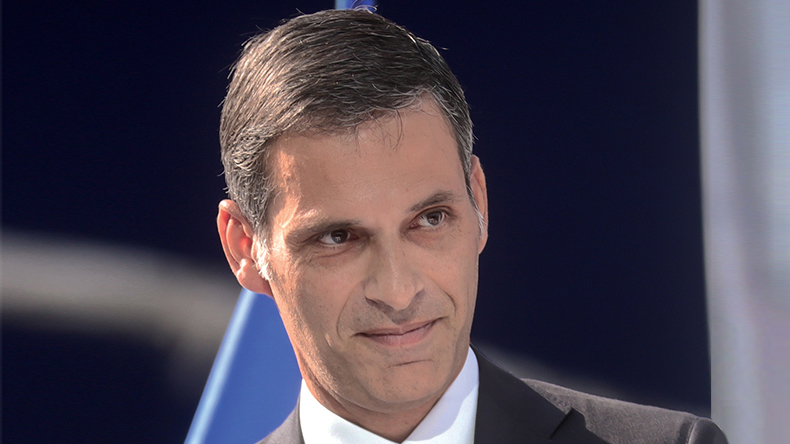 Source: CMA CGM Saadé: CMA CGM has made a firm commitment to LNG fuel with its 23,000 teu newbuildings.

THE second generation is now firmly in charge of CMA CGM, the French container shipping group founded by the late Jacques Saadé.

His son Rodolphe, who was appointed chief executive in early 2017 and chairman later that year, leads the family-controlled group that continues to show the same innovative spirit that propelled the company from a single-ship operation to one of the world’s biggest ocean carriers over the course of four decades.

Until late 2019, Rodolphe Saadé had the support of his uncle, Farid Salem, who had worked alongside Jacques Saadé from the very beginning to build up CMA CGM into a group that now operates a fleet of more than 500 ships and moves some 21m teu a year.

When Mr Salem decided to retire soon after his 80th birthday, Rodolphe Saadé described him as one of the two architects of the CMA CGM adventure. While Jacques Saadé, who died in 2018, had been the public face of CMA CGM, Mr Salem was at his side the whole time.

Staff who had worked for, and been mentored by, Mr Salem regarded him as one the most knowledgeable people in the entire industry, who understood the shipping business inside out.

Rodolphe Saadé and his sister, Tanya Saadé Zeenny, who are on the board, together with their mother and other family members, have undoubtedly benefited from Mr Salem’s depth of experience and acknowledged skills as a negotiator in a group that has expanded through takeovers as well as organically.

The acquisition trail continued in 2019 as the Marseilles group bought the Swiss logistics company CEVA and put CMA CGM veteran Nicolas Sartini in charge to oversee the integration.

That process is still continuing, with the goal of creating an organisation that can offer services to customers along the whole supply chain.

Meanwhile, CMA CGM continues to strengthen its green credentials with some unequivocal messages on environmental issues.

The company has taken a firm stand on passing through the Arctic, insisting it would not use the Northern Sea Route because of the damage ships posed to the fragile eco-system.

However, probably the biggest event of the year for CMA CGM was the launch its first 23,000 teu ship.

The French line had ordered a series nine of these ships in 2017, making history with the decision to power them with liquefied natural gas. The line also plans to charter 15,000 teu LNG-fuelled ships from Eastern Pacific.

Even though there has been much discussion about whether LNG may just be an interim fuel, Mr Saadé is not having any second thoughts.

Instead of a wait-and-see approach, CMA CGM preferred to take action now, he said at the time of the naming ceremony.

“But what we feel is, in order to be a responsible shipping line to protect our environment, we need to be responsible by going with a recognised technology available today.”

Although CMA CGM could have waited, “it’s not our style; we are very proactive”, he insists. “I hope other shipping lines will follow us.”

In 2019, "we strengthened our position as a pioneer in the industry’s energy transition", says Mr Saadé.

"The CMA CGM Group and our 110,000 staff members worldwide have paved the way for the shipping of tomorrow."

However, the past is not forgotten.

In memory of the man who had moved his family from Lebanon to France in the 1970s to escape war, bought a small shipping company and went on to become one of the pioneers of containerisation, the new arrival to the fleet was named CMA CGM Jacques Saadé.