The best way to create an end-to-end transport operation in liner shipping is not to pursue a strategy of integrating ocean transport companies with the wider logistics chain, argues the Chinese state giant’s container shipping head Wang Haimin. He tells the TPM Asia conference that business chiefs need to stop deluding themsleves that removing intermediaries equates to producing an improvement in service

Cosco Shipping thinks the idea that a few big fish can go about removing all the smaller players that currently occupy the logistics chain is a wholly misguided ambition. Instead, it thinks the logistics industry needs more openness and co-operation about the way it works in order to improve service to customers 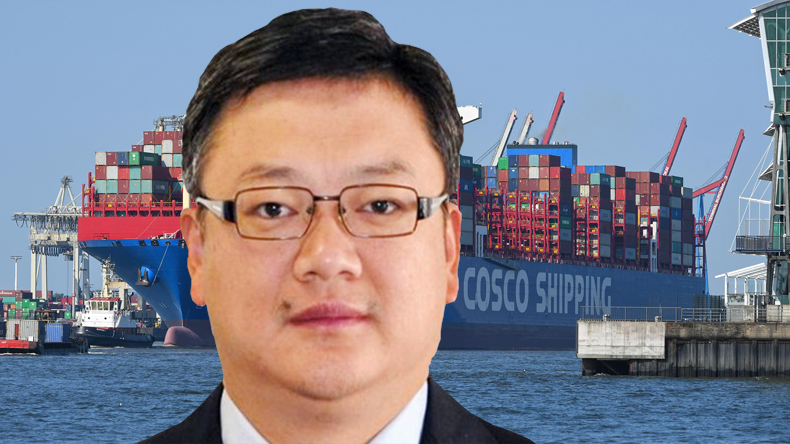 Wang: There are some in the shipping industry who misguidedly think it is a healthy ambition to remove all of the smaller intermediaries involved in the logistics chain.

CONTAINER shipping carriers with end-to-end ambitions should not aim to replace the role of freight forwarders or other intermediaries in the sector, according to China Cosco Shipping Corp vice-president Wang Haimin.

In the first camp are those who aim to integrate box shipping with the broader logistics chain, led by Maersk and CMA CGM. The other camp, foremost among which are Mediterranean Shipping Co and Hapag-Lloyd, want to keep their focus on the core ocean-going business they already run.

“Where is Cosco Shipping? We’re probably in the middle,” Mr Wang told the TPM Asia conference in Shenzhen.

The full container logistics chain was extremely complicated, he added, involving 60-70 parts, to the extent that no single company can handle everything efficiently all by itself.

“There are some in our industry that hope to get rid of the intermediaries, which I don’t think is correct. We’re only masters in our own fields.”

Mr Wang makes the argument that the logistics industry needs more openness and co-operation, as opposed to one dominant player that cuts down all the links in between.

He praised forwarders and non-vessel owning common carriers for their hard work in meeting customised demand. By contrast, carriers normally provide more commoditised services. “They need to quintuple their manpower to handle the same amount of containers when compared with shipping lines. We cannot replace them.”

He said Cosco Shipping was willing to co-operate with all parties that create value for clients along the supply chain, including ports, traditional or digital freight forwarders, logistics companies and regulators.

“In our liner sector, we believe that the answer to end-to-end is not to integrate shipping with logistics, but to establish more channels to create value and reduce the costs for our customers.”

The so-called channel, he explained, was an infrastructure, or to use another word, eco-system, that allows a better method for container transport, but which is difficult for any individual company to establish on its own.

One case in point is the sea-rail intermodal services, which in his view is more cost efficient and environmentally friendly.

According to Mr Wang, Cosco Shipping has launched 290 routes under such a model, with about 20,000 door-to-door network stations in China since 2016. Last year, its sea-rail liftings increased 59% to 1.1m teu.

Elsewhere, the company’s “China-Europe Sea-Land Express Cargo” that pivots on the Port of Piraeus in Greek managed to cut transport time by 10 days versus the conventional sea routes to West and North Europe, he added.

“So the key of our end-to-end approach is to pave the way for our clients to provide their end-to-end services.”