Dry bulk owners’ body calls for sectoral differences in shipping to be respected as it seeks ‘effective, equitable and non-distorting’ short-term measures from the IMO to further reduce emissions

Fears are growing that the blanket application of the 2020 sulphur rules is too draconian and clumsy a measure for an industry as diverse as shipping. Dry bulk owners in particular are aghast that that their line of work is being made comparable to other types of shipping 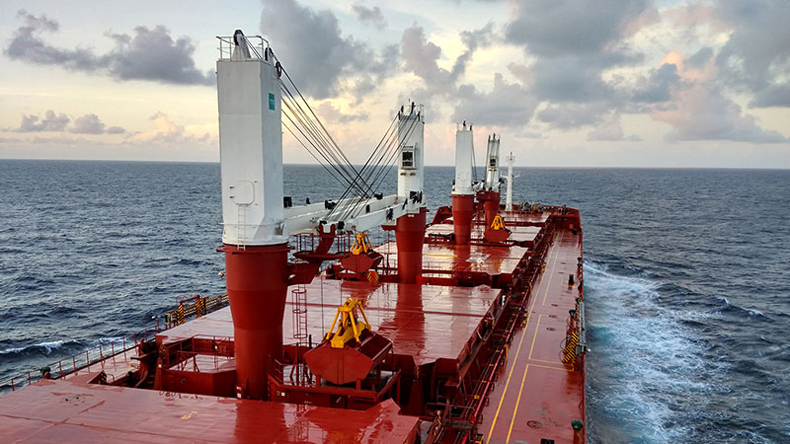 Dry bulk shipowners cannot understand why the new sulphur rules are being applied in a blanket fashion across all sectors of shipping when the different secotrs have little in common.

INTERCARGO says “major'' uncertainty is still clouding implementation of the 2020 sulphur cap as it called for sectoral differences within shipping to be respected in emissions reduction policies.

“We are three months from January 1 and we still have major uncertainty and major volatility,” said chairman Dimitrios Fafalios after dry bulk shipowners’ association’s semi-annual meeting in Athens.

“Each port state says no problem, everything is fine. But that’s not the question. The question is that you have a global industry with a global 0.5% goal,” he said. “We are not in the position of a liner company, LNG carriers or even of a VLCC [very large crude carrier] trading from the Persian Gulf to Far East. Our trades are itinerant. We are absolutely everywhere because we are carrying the world’s ‘must-have’ commodities.”

The 2020 sulphur cap loomed as “really a huge game-changer for our industry, especially our sector”.

Mr Fafalios said that the industry had struggled to explain itself to outsiders, but he also hinted at frustration with positions held by some industry insiders representing sectors with quite different characteristics.

The bulk carrier sector had become one of the largest sectors in shipping with more than 11,100 ships, aggregating nearly 850m dwt.

“From being the poor relative it has become the powerhouse of the world fleet,” said Mr Fafalios. “Other types may be more glamorous but the workhorse of world trade remains the bulk carrier and it is one of the most efficient sectors. We can improve and we must improve but we start from a more efficient baseline.”

Intercargo supported the International Maritime Organization’s initial strategy for the reduction of greenhouse gases emitted from ships but called for short-term measures that would be “effective, equitable and respect each shipping sector’s characteristics”, he said.

“We would like sectoral measures that will recognise innovation and avoid creating a two-tier market.

“The 2020 sulphur cap has segregated the market into ships with scrubbers and ships without, and between small and big companies. We want measures that do not create such distortions.”

According to the chairman of Intercargo’s technical committee, Tom Keenan, availability of sufficient compatible low-sulphur fuel was unverifiable, but liable to be patchy on a global basis.

There was some confidence of being supplied in hubs such as the Gulf of Mexico, the US east coast, the Middle East, Singapore and Korea, but even when available as “a custom product” the fuel in one port would not be compatible with stems from other areas.

In a written statement, Intercargo said that areas of concern also included de-bunkering non-compliant fuel in cases when the fuel has been taken in good faith, only to learn that it is non-compliant after analysis. It was also concerned about the port state control response in such instances.

The association will continue raising its concerns, it said, as it would be “unacceptable to have even one ship drifting without power on the high seas” as a result of deficiencies in the new bunkering regime.

Intercargo also regretted that the fuel supply industry had not provided “sufficient quantities of representative compliant fuels at an early enough stage for reliable testing on board.

“This situation creates significant safety implications for the operation of ships,” it noted.

“With vague fuel supply prospects and standards, no real support from the machinery manufacturers, and a lot of advice and guidance offered only on paper, shipowners are left to cope with the practical challenges on their own,” it said.