Many of the 49-strong fleet of very large crude carriers, suezmax and aframax tankers linked to the sanctioned Cosco subsidiaries are now entered with the China Shipowners Mutual Assurance Association

The shift to China from Europe comes amid intensifying contagion fears among banks, class societies, charterers and bunker suppliers about exposure to unilateral US sanctions on Iran because of Cosco’s ambiguous and opaque ownership structure 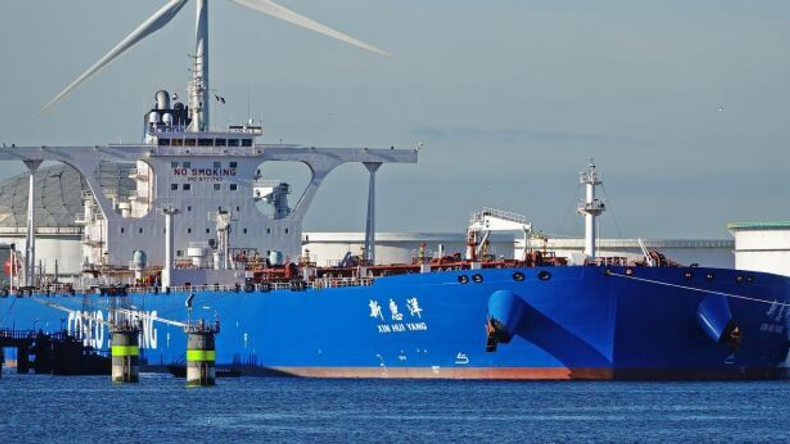 Source: © Port of Rotterdam The sanctions have raised questions about the wider risks of chartering to all tanker tonnage under the larger Cosco umbrella.

COSCO Shipping Corp appears to be shifting most of its tanker fleet to China-based marine insurers — even those vessels that are not directly owned by its two sanctioned entities — as the parent company attempts to manage fallout from last week’s dramatic US blacklisting.

The Chinese government-owned shipping giant now has crude and product tankers entered with the China Shipowners Mutual Assurance Association that until last week were with the International Group of P&I clubs.

With the US administration's "maximum pressure" campaign continuing against Iran and sanctions placed on Venezuela we examine the impact of this sanctions and the pain of them on the shipping industry and wider implications for the maritime community including finance, insurance, law and government

Checks show that many of the 49-strong fleet of very large crude carriers, suezmax and aframax tankers linked to the sanctioned Cosco subsidiaries are now entered with the Shanghai-based association.

The association is not one of the 13 clubs with the International Group, which insures some 90 percent of the world’s tonnage.

The sanctions have raised questions about the wider risks of chartering or providing services to all tanker tonnage under the larger Cosco umbrella, even though the parent company was deliberately excluded from sanctions.

The shift to China from Europe comes amid intensifying contagion fears among banks, class societies, charterers and bunker suppliers about exposure to unilateral US sanctions on Iran because of Cosco’s ambiguous and opaque ownership structure.

Together the subsidiaries control or manage some 49 ships, including 21 VLCCs and provide some 40% of income to Shanghai and Hong Kong-listed Cosco Shipping Energy Transportation.

Some of the Cosco vessels were involved in a subterfuge fleet of tankers and gas carriers that used ship-to-ship transfers, and other tactics such as switching off their AIS, to obfuscate the origin and destination of the under-the-radar cargoes of crude, condensate, liquefied petroleum gas and refined products.

Uncertainty about whether marine service providers could be ultimately be penalised saw charterers, oil companies, banks, and bunker suppliers begin to reassess exposure to the shipping giant last week.

Cosco has more than 1,000 vessels in its fleet totalling 75m dwt, including the world’s largest dry bulk and containership fleet. That has led to VLCC rates soaring 65% on the key Middle East Gulf to China route as oil traders and companies shun Cosco tonnage, cancel loadings and charter alternative vessels.

Nick Shaw, from the International Group of P&I clubs, declined to comment when contacted by Lloyd’s List.

“The differing approaches adopted by the US and EU towards the JCPOA obviously make it inappropriate for us to comment substantively on this evolving situation,” he said.

The group’s rules preclude coverage for any vessels that are carrying cargo in contravention of sanctions. This can be applied retrospectively. Effectively that means tankers directly linked to the subsidiaries were immediately without cover once the sanctions were announced. It is unknown whether Cosco removed other tankers that were not owned by the two units on its own initiative, or whether the International Group voided their coverage as well.

Kunlun Shipping, another Chinese company also blacklisted by OFAC is the commercial operator of 10 ships.

Checks on some of these tankers showed they are yet to be entered by the China Shipowner’s Mutual Association, although were entered in clubs with the international group before September 25. Blacklisted Pegasus 88-owned VLCC Tian Ma Zo, which was with the London Steamship Owners Mutual Insurance Association since November 2018 is not showing on that club’s website now, according to checks.

Among the Cosco tankers that have recently switched is the Hong Kong-flagged, 2018-built VLCC Cosnew Lake. The tanker is owned by Cosco Shipping Energy Transportation but is one of the 39 ships for whom one blacklisted subsidiary provides technical and ISM management.

The vessel had P&I coverage with UK Mutual Steam Ship Assurance Association (Bermuda) since September 2018, according to Lloyd’s List Intelligence data. It is now with China P&I.

Not all Cosco vessels directly linked to the blacklisted subsidiaries are showing listed on the China Shipowner’s Mutual Association website. The suggests the process is underway and only partially complete.

Overall 92 of the 129 crude tankers or product tankers beneficially owned by parent company China Shipping Corporation are listed as having coverage with the International Group of P&I clubs, Lloyd’s List Intelligence data shows.

Their coverage status in coming days will shed new light on how Europe and London’s marine insurance market will deal with the highly political reimposition of sanctions on Iran.

Likewise, the status of China Shipowner’s Mutual Association coverage is likely to be closely watched now it has been placed in OFAC crosshairs for secondary sanctions. These allows the US Treasury to punish non-US citizens connected with sanctioned activity.

Secondary sanctions related to Iran can be imposed on anybody who is a non-US citizen who is “knowingly providing significant financial, material, technological, or other support” to activities or transactions that benefit the energy, shipping or shipbuilding sectors of Iran, according to section 1244 of the Iran Freedom and Proliferation Act of 2012.

Cosco sanctions are not holding back Yamal exports, says Novatek