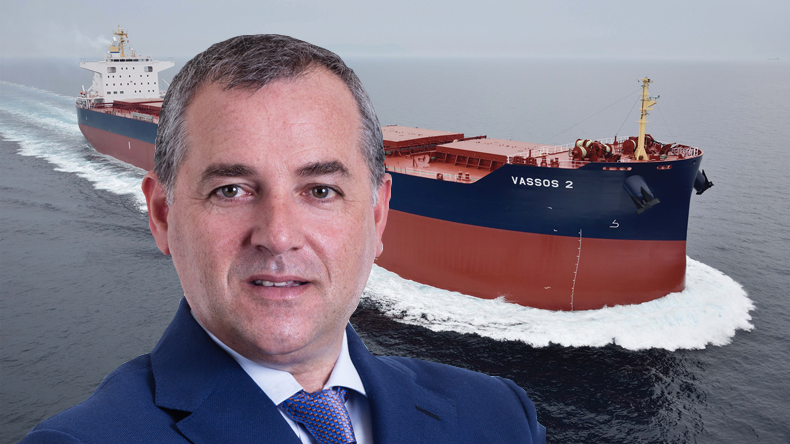 Hajioannou: ‘We had never planned to become a public company but definitely, since going public, we have become a better company.’

STRADDLING both Cyprus and Greece — and both the public and family company models — Safe Bulkers is a company that seems to easily combine elements that, for others, present stark choices.

Last year was a notable one as it celebrated 60 years of the Hajioannou family presence in shipping, as well as the company’s 10th anniversary on the New York Stock Exchange.

The company’s initial public offering in 2008 stemmed from a perception during the dry bulk boom that the fleet could be grown if company shares were sold, instead of continually selling the vessels.

“We had never planned to become a public company but definitely, since going public, we have become a better company,” says chief executive Polys Hajioannou.

“We respect our shareholders and our ambition is to keep the public structure,” he says. He wants to maintain the family’s stake at more than 50% so that it can be passed on to the next generation.

For a large family especially — Mr Hajioannou has five children — the transparency of the public structure can be a good fit despite the contrasts often drawn between corporate and family company cultures.

All three daughters and two boys are said to “have some interest in the business and would like to do some work in the office at some point”.

“The public side of the business is helpful to encourage their interest and everyone knows the value of their share. For a family, this is a big bonus,” says Mr Hajioannou.

His father, Vassos Hajioannou, the group’s founder, came from a family of 12 children that grew up in the village of Pedhoulas in the Troodos mountain range at the centre of the island.

In 1953, he migrated to Jeddah to join eldest brother Loucas in an agency and stevedoring business that made the pair their first capital. In 1958, they put their funds into buying a first small freighter, the 16-year-old Thistledale, renamed Nedi.

The partnership continued after the brothers relocated to London but by the mid-1960s, Vassos had established Alassia Steamship Co, which was very soon managing a fleet of four dry cargoships, while Loucas moved on to Athens, where he bought his first tanker and named his company Troodos Shipping.

Over the following years, the brothers each kept to their own sectors so as not to compete between themselves. Alassia became a substantial operator of bulk carriers and Loucas went on to earn himself the nickname ‘king of tankers’.

In the 1970s, Alassia also established its main office in Piraeus and managed the steep market downturn of that decade partly through trading cargoes of cement and timber. It transported them to Saudi Arabia.

Vassos Hajioannou is credited with choosing Safety Management Overseas as the new name for the Greece-based operation when son Polys took the reins of the business in 1994.

It has since gone on to earn a reputation for a young, diligently managed fleet of mid-size bulkers and for particularly close commercial and shipbuilding relations with Japan, where it first went to order vessels 20 years ago.

“We can’t be the biggest in our sector, but we want to be one of the best owners,” says Polys Hajioannou. “We did not go public to spoil our name.”

The company is seen as one of the more financially solid in the dry bulk game. In August, it reported balance sheet cash of close to $80m and remaining orderbook capital expenditure of $30m, with the option of financing up to $13.2m of this through periodic stock issues.

At the same time, the company has opted to retrofit half of its fleet with exhaust gas-cleaning systems at an estimated average cost of about $2m per scrubber. By end-August, the retrofitting of five vessels was already completed and those scrubbers commissioned.

According to company president Loukas Barmparis, “adapting the approach to market realities” is a hallmark of Safe Bulkers.

Take the age of the fleet, which is currently at a very respectable average 8.5 years. This has been gradually ascending, after a period in which the owner was known for ordering newbuildings and replacing vessels in some cases only three or four years old.

He says: “Despite the fact that charter rates have improved, this has not so far been reflected in the asset market.  Today you have the ability to earn money in the market and you lose this ability if you sell the asset.  Nowadays we sell only when we can find value in it and we are trying to maintain our fleet even better than in the past.”

In the fleet, there are a number of shallow-draughted Japanese-built panamaxes, kamsarmaxes and post-panamaxes that have reached or are approaching their 15th birthdays, which the company now intends keeping for the foreseeable future, unless a booming market makes selling a tempting prospect again.

“They are still competitive, with very low operating expenses and, if the ship is well kept, it can generate as much revenue as many five-year-old ships for perhaps another 10 years,” says Mr Barmparis.

“They were built with above-market specs, such as thicker paint in cargo holds and larger generators. We are now getting the payback from this as the ships age.”

Among the company’s most interesting recent moves was establishment of Safe Bulkers Management in Limassol in 2015.

Mr Hajioannou says he had wanted to do something in his family’s native Cyprus for a long time, and the imposition of capital controls and the general economic depression that hit Greece gave an additional prod in that direction.

Around that time, a number of other Greece-based owners were looking at Cyprus as their ‘Plan B’, he notes. “For us, it was easier to make Cyprus Plan A.”

Although the initial idea was for a “smaller, second home”, the Limassol office proceeded so smoothly that today a majority of the fleet is managed from Cyprus, although the two companies are seen as having equal importance.

“We keep all our options open, but the hands-on approach remains the same, or perhaps even more focused,” he says.

“It is the hands-on approach that enables you to make 10% more revenue than the market on the earnings side and at least 20% better on operational expenses.

“You need to make better than average in order to survive the bad years and it can only be done with a hands-on approach and when you have good people in the office.”

Mr Hajioannou himself moved to Cyprus in June 2015 and plays a full role in the life of the local shipping community, especially as vice-president of the Cyprus Union of Shipowners.

He says Limassol makes an “attractive” base, “with an international flavour and a very safe city. For me, Greece and Cyprus are the same thing, and equally good.

“In any event, both offices work on the same platform with the same procedures and they are fully interchangeable.”