The fuel oil non-availability report (FONAR) is not a get out of jail free card. What is meant as a useful last resort for a ship arriving at a port with non-compliant fuel could come with an expensive price tag, argues shipowners’ association BIMCO

‘If you are not prepared in advance, and using a FONAR without evidence, you will find yourself in a very bad situation,’ says BIMCO’s regulation expert Christian Bækmark Schiolborg 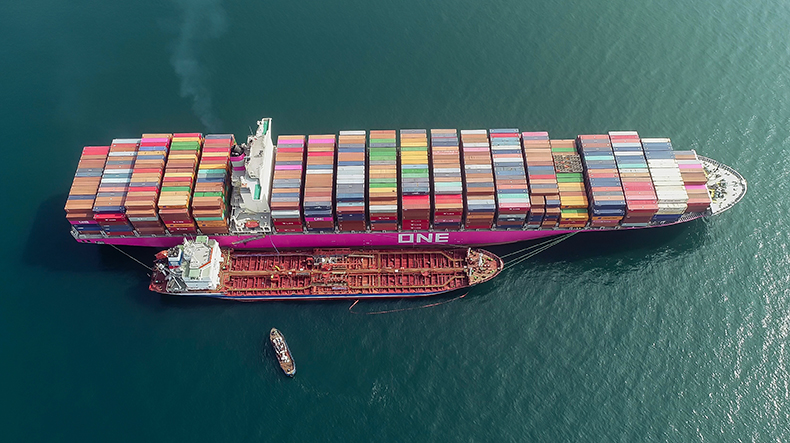 Source: © Shutterstock.com The cost of debunkering may be very high and could be a lot higher than a fine.

“THERE is a reason why at least half of the first page in the FONAR template is dedicated to explaining that this is not a get out of jail free card,” says maritime technology & regulation manager at BIMCO, Christian Bækmark Schiolborg.

“The FONAR should be looked at as the last resort if you are in a bad situation. My advice to shipowners is do not plan on using it,” he says.

If a ship, against all efforts, ends up in a situation where the only solution is to bunker non-compliant fuel, the ship is as the outset non-compliant in accordance with regulation 18.2 of Marpol Annex VI.

In this situation, the FONAR is a record of actions that ought to be taken by the ship in the attempt to bunker compliant fuel oil and to provide evidence of attempts to purchase compliant fuel oil in accordance with the vessel’s voyage plan. It therefore serves to provide mitigating circumstances when the port state authority decides on appropriate control actions.

A ship could be non-compliant — burning fuel with a sulphur content above 0.5% (and from 1 March 2020, even carrying it without a scrubber) — if it found that only high-sulphur fuel was available at the port of departure.

Having filled out the FONAR, there is no guarantee that the authorities at the port of arrival will be lenient towards a non-compliant ship. According to regulation 18.10.2 of Marpol Annex VI, they are required to ensure that appropriate actions are taken to bring the non-compliant fuel into compliance.

“There is no certainty when it comes to the FONAR. It is just a template, giving you an indication of what you need to fill out and what information you need to pass on to authorities, showing that you did all you could to be compliant, but in vain,” says Mr Schiolborg.

The FONAR should be sent in advance to the authorities of the port state at which the ship will arrive, with the ship’s flag state authority copied in, as well as the P&I club and classification society, so that all parties are informed of the situation in advance.

“But the FONAR will not get you out of the situation. It is not enough just to fill it out. You actually need to be able to provide evidence that you have tried to reach out to other bunker suppliers in the port of departure, and that you also looked at the possibility of taking on board a different type of fuel than that you had planned, exploring alternatives that may not be ideal, just to be in compliance,” says Mr Schiolborg.

The high cost of debunkering

Mr Schiolborg warns that even when a ship has completed the FONAR paperwork, gathered all the evidence to show it has done what it could to be compliant, and notified all parties well in advance the ship will arrive non-compliant at a port because of circumstances beyond its control, the bill could be massive. Especially for smaller players.

In the end, it is up to the port state, the flag state and the shipowner to work together to find a solution at arrival, and when the FONAR is used it will be resolved on a case-by-case basis. It will be a question of whether the shipowner has really done everything in their power to try to obtain compliant fuel. And whether they can prove it.

The reason that the bill could still be huge — and in some cases exceed any possible fine that will be the result of arriving non-compliant — is that the ship will likely have tonnes of non-compliant fuel oil on board and may be required to get rid of it before departure.

“The cost of debunkering may be very high and could be a lot higher than a fine. Being detained and asked to debunker the non-compliant fuel could have a severe impact,” says Mr Schiolborg. He adds: “Sulphur is also in the sediments and therefore the fuel tanks could need to be cleaned. It is a huge operation that could take days. If you are off hire, you are not earning money. In addition, the fuel that you debunk may suddenly not be regarded as fuel, and you may not get market value for it. It may be debunkered as waste oil and need to go to a shoreside reception facility. We are talking tonnes here, and that means very large sums of money to absorb.”

There have been a few cases where the size of fines issued by authorities in cases of non-compliance are publicly known. The highest such recorded fines were in Europe, in Emission Control Areas, and have been in the range of €50,000 to €100,000.

According to Mr Schiolborg, any shipowner can find him or herself in the unwanted situation of not being compliant, despite all good intentions. In that case, the advice is clear.

“Get statements, get proof and submit it to all entities: the port state; the flag state; classification society; and P&I club. And do it in a timely manner, even before you leave the port. That will likely put you in a better position and it allows the authorities time to discuss the situation and not take rushed decisions,” he says.

“If you are not prepared in advance, and using a FONAR without evidence, you will find yourself in a very bad situation.”

This article appears in the last edition of BIMCO’s Bulletin magazine available to read here.