A lack of preparedness for a no-deal Brexit and the potential implications have been laid out by the government. But for the UK’s regional ports and shortsea operators, there could be a silver lining 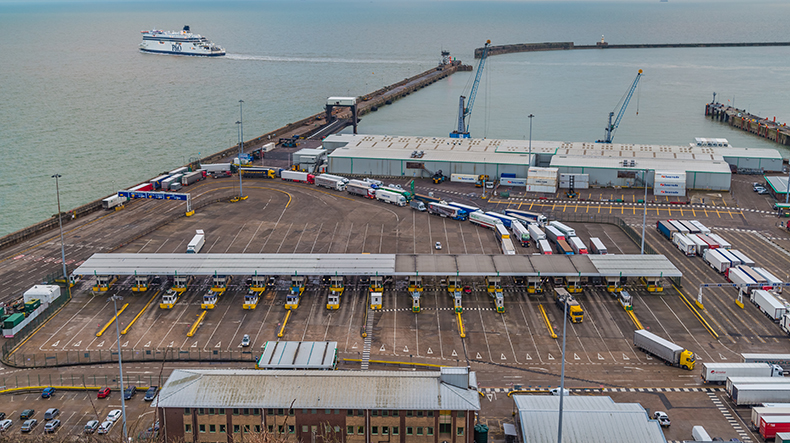 Dover is recognised as a pinch-point in a no-deal Brexit.

THE release of the UK government’s Operation Yellowhammer report, which describes the possible outcome of a no-deal Brexit, has brought attention back on to the UK’s ports and shipping sector and the role it will play in the UK’s departure from the European Union.

Congestion at ports and on the roads as trucks were forced to face customs checks in Europe could lead to shortages of food and medicine, the report says.

The report’s findings come as little surprise to anyone working in the UK’s ports sector, which has warned that a no-deal scenario will cause disruption at some ports and that the best Brexit scenario is a comprehensive deal that supports frictionless trade.

“The scenarios set out in the Operation Yellowhammer document are not surprising for British ports, which have been working on a range of scenarios with government for three years,” said British Ports Association chief executive Richard Ballantyne.

“The industry is as ready as it can be for a ‘no deal’ although it is clear that this is about mitigating disruption at certain ports, not avoiding it.”

Speaking at seminar on UK coastal shipping as part of London International Shipping Week, Mr Ballantyne warned that while ports and shortsea operators were doing all they could, the government itself remained poorly resourced to deal with Brexit.

“HMRC and the Border Force grant approval for ports to facilitate international trade, which has certain conditions about linking in with the HMRC systems and having inspection regimes and facilities, and they are heavily under-resourced,” he said.

This contrasted with experience in Europe, where authorities had been much more helpful, according to Port of Antwerp UK representative Justin Atkin.

Belgian customs had been “really proactive” in both the UK and Belgium meeting shippers, he said.

“The referendum was held on June 23, 2016,” Mr Atkin said. “By July 1, Antwerp had established a taskforce with the brief of preparing for a worst-case scenario.”

That had allowed three years of planning.

“We have invested in our inspection facilities so there is a one-stop shop. We can’t stop the inspections taking place, but we can make it much easier.”

But despite the potential fallout described in the Operation Yellowhammer report, the ports and shipping sectors could stand to benefit from Brexit as trading patterns were realigned and some of the unforeseen consequences worked their way through.

“There are some real opportunities in UK ports, particularly around Brexit, and this is one area we see opportunity for the port of Antwerp,” Mr Atkin said.

“We have already seen some consistent emerging patterns. Organisations are starting to reengineer their supply chains and we are seeing re-routing of cargo flows. One of the big changes we’re seeing is the move away from accompanied to unaccompanied transport.”

That was perhaps a consequence of ‘Project Fear’, in terms of delays, but one of the things driving that was not Brexit, which would be a catalyst, but a shortage of drivers.

“There is a shortage of 50,000 truck drivers serving the UK industry and that figure is going to get worse, as the haulage industry is heavily dependent on eastern European drivers and the UK is no longer attractive to them,” Mr Atkin said.

“I think the time when we’ve got something from London Gateway to the near continent to the east coast of Scandinavia is not that far away,” he said. “We’ve had more than a few enquiries.

The Dubai-based company, which also owns P&O Ferries and European feeder operator Unifeeder, recognised that Dover was seen as a pinch-point for UK cargo flows.

“We are taking action with P&O Ferries to address that, and the market is there,” he said.

“The conversion to lo-lo is happening, and the driver situation will get worse when trade picks up again.”

But Moffat & Nichol analyst John Fossey warned that not all ports would be suitable for increased container volumes.

“Shipping lines are continuing to deploy larger vessels that would have access problems with some of these smaller ports,” he said.

“Without the beneficial cargo owners being engaged and the supply solution being put in place, they are unlikely to maintain that sort of business. Developing a value-added logistics solution will be absolutely critical.”

Many smaller ports lacked the infrastructure to take on container volumes,” he added.

“For large ports, perhaps, there is an opportunity with Brexit for those ports to become more engaged in the transhipment business around the UK.”