Trade volumes may not be affected as much from US-China trade spat, but tensions are also rising between Japan and South Korea 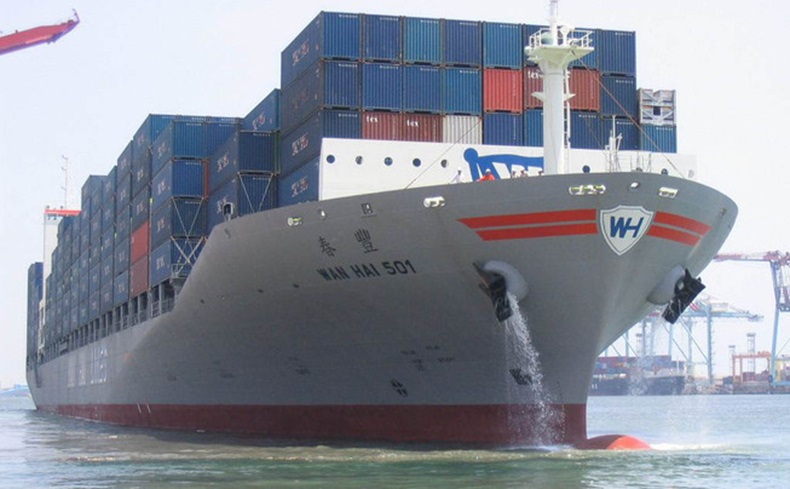 Wan Hai Lines controls a fleet of around 70 boxships.

SHIPPING has proven resilient amid the US-China trade war but greater political friction in Asia is a genuine concern, according to senior officials from Taiwan-based carrier Wan Hai Lines.

“There are some short-term effects that can distort trade flows. But there is some resilience in the system, where if there are established options for different industries you do not see that flow go away overnight,” he said.

As far as demand from China is concerned, Mr Chen observed other internal factors, rather than just tariffs from the US. The tightening of credit has negatively impacted consumption and construction during the past 16 to 18 months, while increasing labour and environmental regulations have also affected retailers such as Nike and car manufacturers, he said.

Mr Chen observed with the tariffs imposed so far, overall trade volume impact has been more short term. But he also warned the containership industry to be more prepared to react accordingly from the supply side when new tariffs come in later this year.

But Mr Chen appeared more concerned by the potential escalation of what he labelled as “skirmishes” among Asian countries and the implications.

“The troubling thing that is going on is [if] the skirmishes are just something that is a short-term problem or if it is really a long term politically based trend that may result in more barriers to trade,” he said.

One poignant example is Japan and South Korea, who have been engaged in a political and trade spat over the past few months. In the latest development, South Korea announced this week that it would file a complaint with the World Trade Organization against Japan after the latter announced export restrictions for certain materials used by technology companies in South Korea back in July.

The Lloyd’s List Podcast: The cost of zero-carbon shipping