Collaboration, particularly from cargo interests who must end their schizophrenic policy on rates and sustainability, is required to fund this generational industry shift towards climate goals 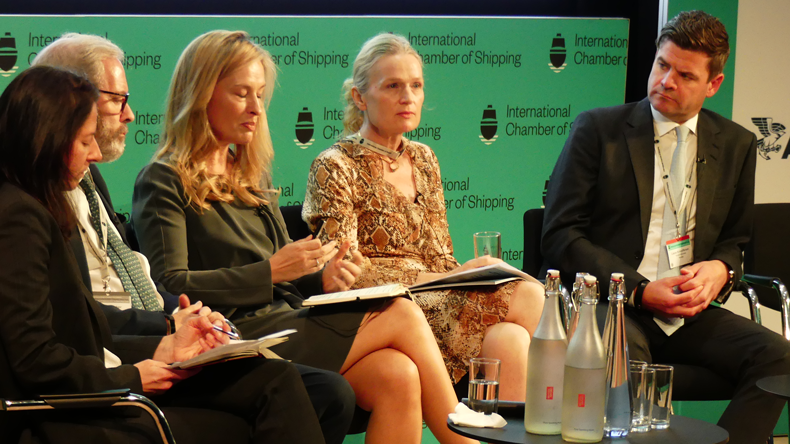 THE shipping industry is entirely able to adapt to a doubling of freight rates to fund an early transition to zero carbon emissions and should establish a carbon fund to drive urgent development, according to Tovald Klaveness chief executive Lasse Kristoffersen.

Mr Kristoffersen, who is also vice-chair of the International Chamber of Shipping, told Lloyd’s List that collective action was urgently required to establish an industry carbon fund. He suggested that the fund could be modelled on Norway’s NOx Fund, which requires companies to pay a levy in accordance to the quantity of emissions and uses the money to support for NOx reducing measures.

Expanding on the premise that the current carbon price sits at around $25 and three tonnes of carbon is likely to be emitted from every tonne of fuel burned by the shipping industry, Mr Kristoffersen projected a ballpark figure of $20bn could easily be achievable with the right industry support and global application.

“I genuinely believe we can create a scheme where we can plough the required funding into the [zero carbon] transition that is coming… the industry has to take that step now before someone comes in and imposes a tax on us,” Mr Kristoffersen  said, speaking to Lloyd’s List on the sidelines of the ICS conference held as part of London International Shipping Week.

The ICS event was dominated by a series of stark warnings from climate science experts and policy leaders including Lord Adair Turner, former chair of the UK’s financial regulation body, the Financial Services Authority, who now heads the Energy Transitions Commission. Lord Turner’s message that the decarbonisation of shipping would likely involve a doubling of freight rates to fund the shift to more expensive zero emission fuels divided ICS members in the audience in terms of how achievable an accelerated move towards zero emissions would be.

Mr Kristoffersen, however, urged his peers to look at the challenge as a collective industry-wide issue that required collaborative action, rather than as a financial burden to the individual owner.

“A doubling in rates doesn’t scare me,” he said. “It’s needed, but it’s going to require a collective effort to build the infrastructure of zero emission fuels from putting up the solar panels that could be making the ammonia, to distribute it, to get it on board vessels and help the engine manufacturers develop the new technology. That’s where the money comes in — if we can collect money as an industry in a fund to reuse on infrastructure — then you can create an engine that will drive the transition,” he said.

His view were supported on stage by Citigroup’s chair of shipping and logistics, and one of the lead architects in the sustainable ship finance initiative Poseidon Principles, Michael Parker.

“The word profitability should appear more often in shipping conversations,” he said in reference to the need to increase rates before arguing that shipowners required cargo interests to collaborate on any collective action towards zero-carbon initiatives.

“The cargo owners understand have to play a part on this, they can no longer be schizophrenic about this with their trading arm doing one thing and their sustainability people saying something else. Their support would enable owners to double their freight rates to pay for it,” said Mr Parker.

“This year capes went from $4,000 to $40,000K per day in rates — I’ve not seen any strikes, we’re not out of food, we’re still driving cars — there’s no problem. Fuel costs in the past 10 years have moved between $150 a tonne to $750 a tonne in Singapore… the system is totally able to adapt to this cost and we have a global regulatory that can adapt and as long as you have a level playing field we are set up to do this” he said.