The maritime sector in the UK is bigger than both the automotive and aerospace industries in terms of its financial contribution. The industry is central to the country’s national prosperity, says Maritime UK

New report shows that as well as direct contributions from the sector, shipping provides a multiplier effect to the wider economy 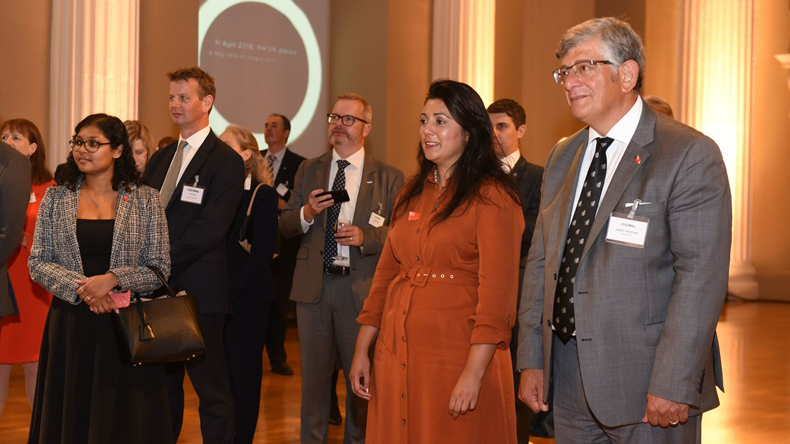 THE UK’s maritime sector contributes more than £46bn ($56.9bn) to the economy, according to a new report from the Centre for Economic and Business Research.

The report, commissioned by Maritime UK, found that the sector facilitated 95% of all UK trade and was larger than both the automotive and aerospace transport industries.

It supported £46.1bn to the UK’s gross value added in 2017, up by £8.3bn since 2010, according to the report, released to coincide with London International Shipping Week. The direct gross value added contribution was £17bn in 2017.

For every £1 of gross value added directly contributed by maritime, the sector supported a further £2.71 across the economy, the CEBR said.

As well as supporting 220,100 jobs directly in 2017, the sector provided a further 4.9 jobs in the wider economy for every one job in the sector. Total employment related to the maritime sector stood at more than 1m jobs.

“This new report shows that the maritime sector is one of Britain’s biggest industries, and central to our national prosperity.” It is “a timely reminder of the special role maritime plays in the life of our island nation,” said Maritime UK chair Harry Theochari. “We are in a strong position to take advantages of opportunities on the global stage.”

He said maritime had remained strong, despite the ongoing political uncertainty about the UK’s departure from the European Union.

The CEBR highlighted the importance of maritime as the primary mode of transport for international trade. Forecast increases in global trade presented the UK with a “special opportunity” to forge new trading relationships, it said in the report.

The world’s economic centre is moving eastwards, with Asia’s middle class forecast to grow by 153% by 2030, adding 2bn extra consumers, it said.

UK shipping minister Nusrat Ghani said this week she was proud of what the maritime sector had achieved.

“Employing more than 185,000 people, carrying 95% of our exports and imports and generating £14.5bn, our maritime industry truly is the lifeblood of our economy and keeps trade moving 24/7,” she wrote in an article for Lloyd’s List.

Speaking at a London International Shipping Week event, she said that the UK government had a goal of securing a future for maritime that was even brighter than it was today.

“Promoting a liberalised trading regime that delivers a maximum benefit for our maritime sector is a key strategic objective in our Maritime 2050 strategy,” she said.