States must do more on sanctions compliance

Governments are not sharing enough information, while demanding compliance with strict sanction regimes, the audience at the Lloyd’s List Transparency Forum, held in London as part of London International Shipping Week, was told 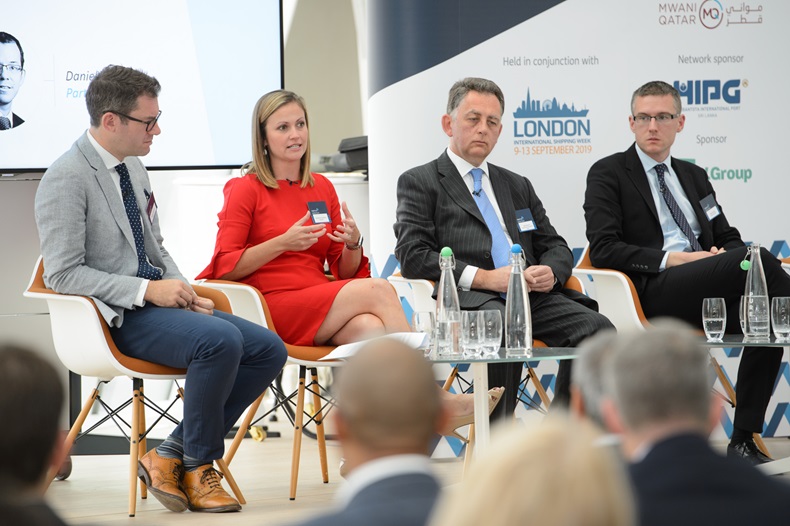 GOVERNMENTS need to do more to help the shipping industry comply with sanctions, despite technological gains that have increased transparency in the sector, according to a leading marine insurance expert.

A spike in the volume and complexity of trade sanctions, particularly levied by the US, has put the shipping industry under greater scrutiny, with companies being penalised for violations.

Neil Roberts, head of marine underwriting at Lloyd’s Market Association, said marine insurers are doing everything they can to adhere to sanctions and follow the law, however ambiguity around which entities are engaged in sanctions is a serious problem.

“The intelligence agencies have a very good handle on ships that they think are problematic,” Mr Roberts told the Lloyd’s List Transparency Forum in London. “Do they share those with insurers? I have seen a list. It would be helpful if they were to do that slightly more often.”

The US Treasury Department’s Office of Foreign Assets Control is the body responsible for determining the people and entities that are sanctioned.

Mr Roberts said OFAC offers equivocal responses when the industry seeks advice about how it should act in certain cases where there are dealings with a questionable entity.

“To have a grey area is no good at all for insurance,” he said.

North P&I Club director Mark Church said there is no excuse for a responsible shipping company to not have a sanctions compliance policy.

Having it in place not only minimises risk of inadvertently violating sanctions, it can also be used to convince regulators that an effort was made to abide to the law and that is unlikely to be repeated, if a sanctions issues does come up.

Taking sanctions compliance seriously is crucial because the consequences of falling foul of the law and therefore excluded from the US markets — could be catastrophic and business-ending, as was the case with PB Tankers, which went bankrupt after being targeted by OFAC seemingly overnight.

Due diligence has become more feasible thanks to technological advancements that allow for more precise vessel tracking and analysis.

Geollect chief executive Catherine Gwilliam believes the shipping industry’s so called “grey area” has been reduced thanks to data sources offering pieces of evidence like vessel location and time. There are new data sources coming in the next 16 to 18 months where users can get persistent synthetic aperture radar signals that generate hourly collection of any activity globally, she said.

Mr Church said that while the technology has certainly developed, implementing a compliance policy is nonetheless resource heavy and costly endeavour and there is a question to whom the financial burden falls.

“You are left with the philosophical question as to whether the role of P&I club and the role of insurance is to monitor and police what our vessels are doing, or if that cost should be for the shipowners. Who is going to pay for it?” he asked.

In any case simply relying on the available data, is insufficient and it is incumbent upon those third-party providers to work to add the necessary context.

Ms Gwilliam said: “Technology is evolving so quickly, quite often it is just the raw data that is put out there. But it is not put into context and that is the ‘so what’, that is the most important part and that is where the intelligence piece comes into play.”

Mr Roberts questioned the extent to which technology can solve shipping’s difficult predicament. No matter how much data it has, the industry does not have constabulary powers, he noted.

He argued that the Automatic Identification System is not the transparency panacea and that the Long Range Tracking and Identification, which requires the ships to report their location to directly to their flag four times a day.

“We would suggest that the key lies with the flag states,” he said. “They have the capability, they have enforcement powers. Do they have the will? That depends on which country you are talking about — they have a different view of what is going on.”

Detained crew should be on shipping's agenda, says charity