Closer ties are being formed between ports and liner shipping industries. The latter sector has become increasingly consolidated and hence become more influential on port traffic

Managing director Bai Jingtao says the Chinese port giant is in talk with container shipping lines about the latter being a shareholder in some of its new and existing port projects, with a focus on transhipment hubs 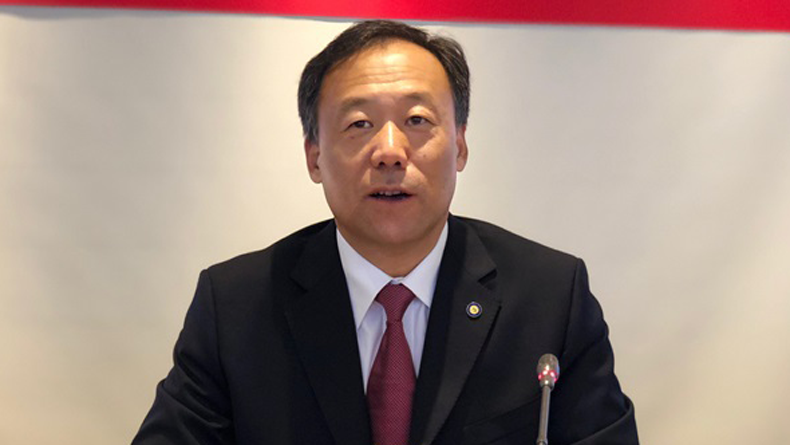 Bai: We are in talk with carriers, and selecting the projects.

One of its new ideas is to draw equity investment from carriers involved in some new and existing port projects operated by the Hong Kong-listed operator, a subsidiary of state conglomerate China Merchants Group, according to its managing director Bai Jingtao.

“We are in talks with them, and selecting the projects,” Mr Bai told Lloyd’s List on the sidelines of a results press conference in Hong Kong.

The move comes as closer ties are being formed between ports and liner shipping industries, as the latter sector has become increasingly consolidated — with the mergers and alliance reshuffles of recent years — and hence become more influential on port traffic.

Zhang Wei, chairman of Cosco Shipping Ports, a rival of CM Port, this week said it normally took a period of between five years and seven years to break even for a greenfield project, but his company was confident of “reducing that time significantly” backed by the world’s third-largest boxship fleet of its parent.

“More and more ports are teaming up with carriers nowadays,” Mr Bai said. “This is perhaps something that we all have to do at the current stage of the industry.”

He added that such a strategy will help reduce the “incubation period” of a new port project and shore up handling volume, which is particularly important for transhipment hubs.

The remarks also come with a struggle in throughput growth encountered by CM Port’s terminals, both in domestic and overseas markets amid a weakening global economy and rising geopolitical uncertainties.

Mr Bai estimated a 2%-3% full-year throughput growth — the slowest since 2009 — if it is materialised.

Breaking it down, CM Port’s box handling in mainland China grew 1.3% in the six months, while that in Hong Kong and Taiwan declined 4.7%. Volume generated by overseas facilities increased 4%.

The crown jewel, Colombo International Container Terminals in Sri Lanka, up was up by 5.75% in throughput, down from a 16.4% growth in the year-ago period.

One major exception was CM Port’s TCP Participações SA in Brazil, which benefited from the shift of cargo flows amid the US-China trade war, Mr Bai noted.

The port saw volume surge 70% to 440,000 teu, driven by the increased trade of agricultural and meat products.